Belichick, winner of six Super Bowls with New England, was asked whether he believes he would have enjoyed the same success had Brady not been his quarterback.

“Of course not,” the coach replied.

“I mean, we’ve talked about that for two decades,” Belichick said. “I think I’ve been on the record dozens of times saying there’s no quarterback I’d rather have than Tom Brady, and I still feel that way. I was very lucky to have Tom as the quarterback and to coach him. He was as good as any coach could ever ask for.”

Earlier in the week, Belichick called Brady’s career “unbelievably impressive,” saying “(t)here?s not enough superlatives and adjectives to compliment him on everything that he’s achieved and continues to achieve.”

Brady quarterbacked the Patriots to all six of the franchise’s championships to date, then promptly won a seventh in his first season with Tampa Bay. New England, meanwhile, slumped in its first year post-Brady, finishing with its first losing record (7-9) since 2000 and missing the playoffs for the first time since 2008.

Sunday’s game will be Brady’s first against his former team and first back at Gillette Stadium since he left the club that drafted him in March 2020. He’ll be looking to bounce back from a Week 3 loss to the Los Angeles Rams — the Bucs’ first defeat since last November — against a Mac Jones-led Patriots team that sits at 1-2 with two home L’s.

Brady also almost certainly will become the NFL’s all-time passing leader Sunday night, as he needs just 68 yards to break Drew Brees’ record. Belichick was asked if the Patriots or the league will stop play to recognize Brady’s achievement, as was the case when Brees broke the previous record in New Orleans.

“I have no idea,” Belichick replied. “Honestly, we’re going to try to keep him from gaining too many yards passing the ball. So, I don’t know. You’d have to talk to somebody else about that.” 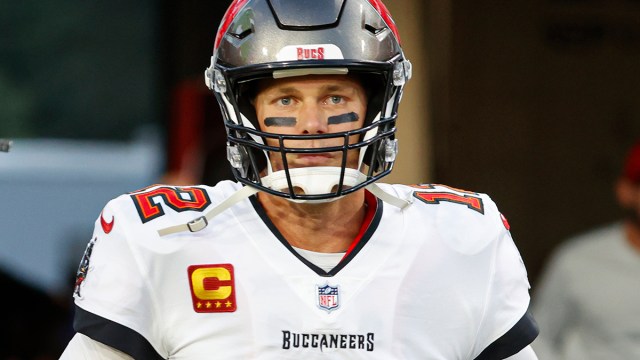 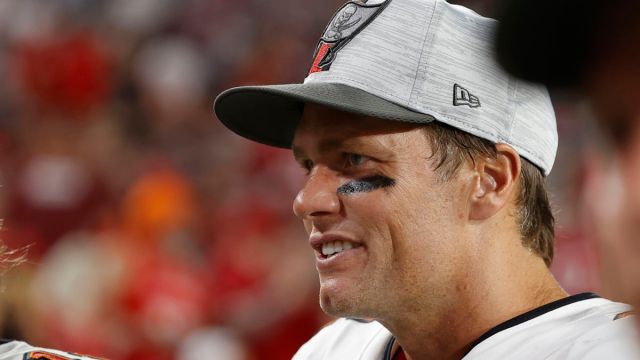