With each passing week, Mac Jones continues to impress his peers around the NFL, even if the results haven’t always followed in the win column.

The latest head he turned was Dak Prescott’s.

Jones didn’t play the tidiest game of his young career in the New England Patriots’ overtime loss to the Dallas Cowboys on Sunday. But save for maybe Week 4 against the Tampa Bay Buccaneers, it was his most poised performance yet — especially with one of the league’s top quarterbacks on the other sideline in Prescott.

Without question the most impressive part of Jones’ night was responding to a Trevon Diggs pick-six with a 75-yard touchdown pass to Kendrick Bourne on which he targeted the Cowboys’ star corner. It was that sequence that really caught Prescott’s attention, as he explained to NBC Sports’ Peter King after the game.

Here is an excerpt from King’s Football Morning In America column Monday, which includes some insight from Prescott:

First, I want to pass along something we talked about after discussing this game. New England quarterback Mac Jones lost Sunday, and he threw what should have been a game-killing pick-six to Trevon Diggs (the ball just finds this guy) with 2:27 left in the fourth quarter. I said to Prescott how impressive it was that Jones, on the very next snap, threw a 75-yard touchdown pass to get New England back in it, and how impressive it was that Jones took three or four brutal shots on the day and just kept playing Rocky Balboa. He kept coming back for more.

Prescott didn’t wait for me to finish. “Those two things that you just said, honestly, are the two most important things to be really good at this position. You gotta be able to take a lick and not flinch and make the play when the hard hit’s coming. And when you have a bad play or an interception and the game changes right there, you gotta have the water-down-a-duck’s-back mentality. Let it go. It’s over. Mac’s got that. I really like what I see out of him. He’ll be a good quarterback for a long time.”

The Patriots sit at 2-4 so far this season, but little blame can be placed on Jones. He’s done his job more often than not.

That does not appear to be lost on the signal-callers going against him. 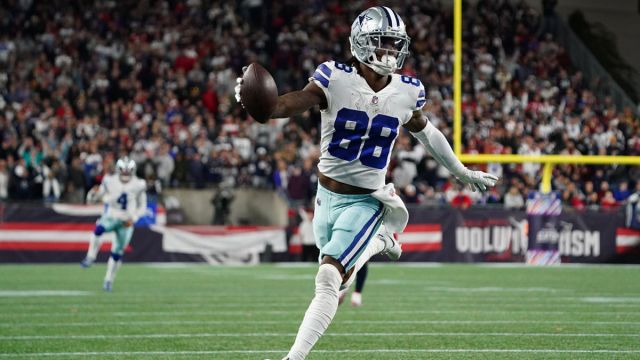 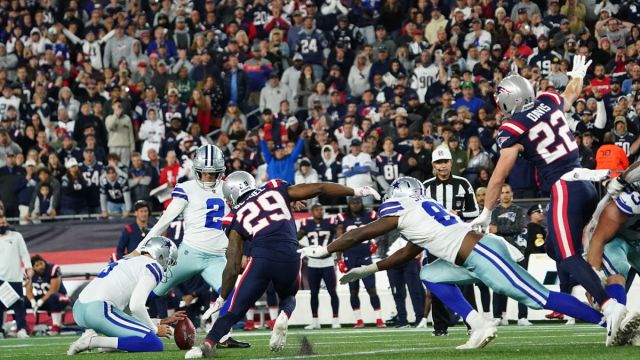