There’s an alternate reality in which the New England Patriots could be swimming in the Deshaun Watson pool right now alongside the likes of the Carolina Panthers, Miami Dolphins and Denver Broncos.

Imagine, for a second, the perpetually charmed Patriots didn’t get so lucky at the 2021 NFL Draft. Let’s say the San Francisco 49ers drafted Mac Jones, and another QB-needy team like Atlanta or Detroit got out in front of their problem at the position and drafted Trey Lance.

Assuming the Patriots didn’t move up to draft Justin Fields like Chicago did, the main Patriots draft talking point likely would have been Bill Belichick trading back from No. 15. Instead, though, Jones dropped to 15, where New England jumped at the chance to draft a potential franchise quarterback. In the process, it appears they’ll avoid having to dive any further into the murky Watson waters.

The jury is still very much out on Jones. The Alabama product has flashed at times, looked flustered at others and typically settles somewhere in the middle. His floor, through a very small seven-game sample size, appears to be a competent NFL quarterback — which certainly is more than a good chunk of the league can say right now. The consistent praise of his toughness from coaches and teammates also speaks well to his standing as a potential franchise cornerstone.

If Jones didn’t fall into the Patriots’ lap, though, or if he looked like, say, Zach Wilson through seven weeks, the conversation might be a little different. The Jets probably aren’t going to blow up the program after half a season with the No. 2 pick on a bad team, but New York knows as well as anyone the precarious nature of drafting QBs up high. That Carolina gave up a second-round pick to acquire former top-three pick Sam Darnold and now might be in the Watson hunt underscores the challenges here.

Watson certainly brings his own sets of challenges, but one thing is for sure: He is a damn good NFL quarterback, which is why there’s definitely a market there for a player up to his eyeballs in legal trouble and hasn’t taken a snap this season.

Because they were able to snag Jones and because he has looked at least halfway capable of leading a Patriots team in transition, New England can sit idly by on the sidelines as other teams ponder how much precious draft capital they’re willing to unload for someone who is currently the subject of 22 civil suits for alleged sexual misconduct with various massage therapists.

The football price is much easier to quantify, of course. Houston, over the summer, was hoping to land a combination of six players and draft picks, per ESPN’s Adam Schefter. The Houston Chronicle says it might take three first-round picks to get a deal done. Granted, the Texans likely would have to apply conditions in any deal given Watson’s legal issues, but that’s still a huge price to pay. The Dolphins have long been considered one of the frontrunners to land Watson, as they have the first-round picks in addition to quarterback Tua Tagovailoa, whom they drafted with the No. 5 pick in the 2020 draft.

A team like the Patriots literally can’t match that. But even if they came close, is that a risk Belichick — or Robert Kraft — would be willing to take? The Patriots’ roster lacks young talent in a way it hasn’t been since Belichick took over two decades ago. It’s also hard to contend for Super Bowls without elite quarterback play, which Watson certainly delivers. But the early returns on Jones and the attached expectations or projections are such that the path of least resistance is investing the assets New England would trade for Watson — or any quarterback, really — in a team to build around Jones is likely the best long-term option.

(If they can get Miami to mortgage part of its future in the process, that’s gravy.)

That’s a complicated football philosophy discussion, never mind the far more important off-field dilemma that must be resolved. Regardless of that outcome, it seems the Patriots won’t have to play the public relations limbo that will follow Watson wherever he ultimately lands.

The NFL trade deadline is Tuesday, Nov. 2. There is no shortage of Watson rumors, and it feels like we’re as close to a trade as we’ve been since Watson’s discontent with the Texans began. You can never say never when it comes to Belichick, but it’s safe to say with 99% certainty Watson won’t be in Foxboro when the dust settles.

That’s ultimately the best thing for the Patriots in the long run, and they have Jones to thank for that. 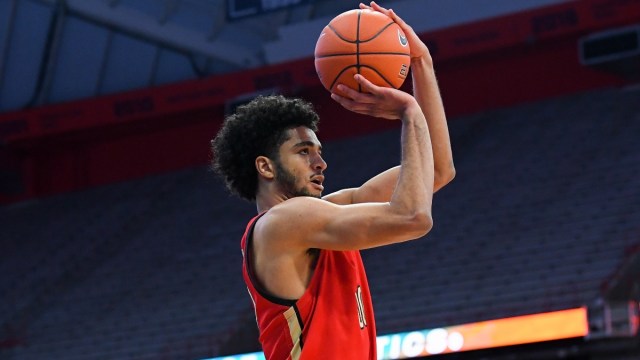 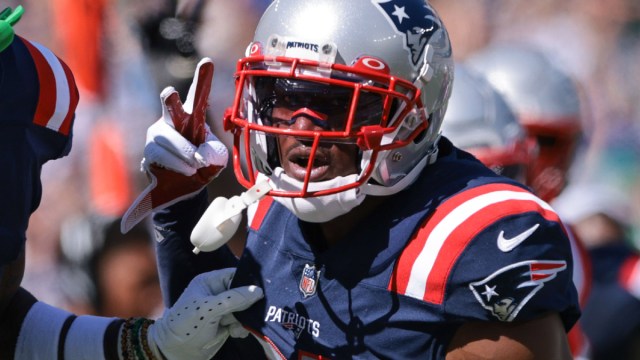