There are plenty of legitimate criticisms to launch at Joey Gallo.

How he chooses to get dressed? That’s a new one.

Gallo is a flawed player. He can hit the ball to the moon, but his batting average generally is in the toilet, making him a tough player to consistently count on. That was a lesson the New York Yankees learned the hard way after acquiring him this season just ahead of the MLB trade deadline.

It’s not just Gallo, though, as the Yankees are at a franchise impasse after another underwhelming season. And in a story that’s actually about hiring David Cone to replace Aaron Boone, NJ.com’s Bob Klapisch noted how Gallo sets out his uniform.

“Take, for instance, Joey Gallo, who I’m told would lay out his uniform piece by piece in front of his locker before dressing, then undress if the fit wasn’t right,” Klapisch wrote. “Sometimes this would happen more than once before the slugger was ready to take the field.

“Obviously, Gallo is a quirky guy. And everyone is entitled to their rituals. But couple these habits with a .160 average as a Yankee with nearly a 50% strikeout ratio in the only pennant race of his career. One scout asked me rhetorically, “does anyone do background checks over there (with the Yankees)? The implication, of course, is that Gallo wasn’t — and isn’t — a match of this market.

It is a bizarre criticism — the man literally just wants to be comfortable. Gallo saw that, and fired right back.

Interestingly, that isn’t even the most fascinating nugget in Klapisch’s story. That honor belongs to the note about Gerrit Cole and Brett Gardner nearly coming to blows in the Yankees clubhouse.

Good times in the Bronx! 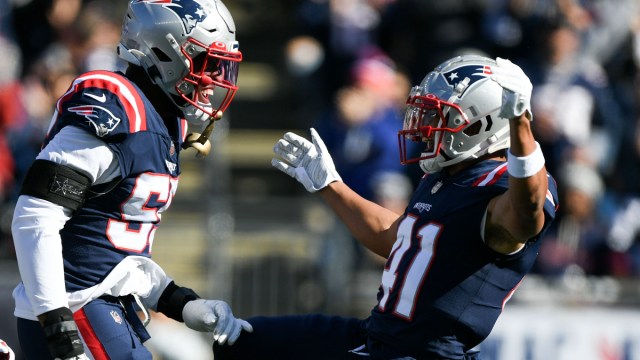