Even if you spend your entire life watching baseball, you’re still going to see things you’ve never seen before. Game 3 of the American League Division Series between the Red Sox and Rays certainly checked that box Sunday night.

The Sox took a 2-1 series lead with a 6-4 walk-off win in the 13th inning, but it was what happened in the top half of the frame that had everyone buzzing.

Rays outfielder Kevin Kiermaier looked like he was about to give the Rays a 5-4 lead when he tagged a Nick Pivetta pitch deep to right field. The ball got over the head of Hunter Renfroe, and Yandy Diaz looked ready to easily score from first. That, however, is when things went completely haywire.

The ball got over Renfroe’s head and bounced off the base of the wall. The ball then caromed off Renfroe’s hip and over the right-field fence into the Boston bullpen. The umpiring crew got together and ruled the play a ground-rule double, meaning Diaz would have to return to third base and not score the go-ahead run.

Pivetta then struck out Mike Zunino to end the inning, and the Red Sox walked it off minutes later. The ruling was a hot-button topic after the game, leading home plate umpire and crew chief Sam Holbrook to meet with the media after the game.

“If you don’t mind, what I’d like to do — this is our umpire manual — and what I’d like to do is just quote from the manual,” Holbrook told reporters, as seen on NESN. “It’s item No. 20 in the manual, which is just ‘Balls deflected out of play, which is in reference to official baseball rule 5.06b4h, and that says if a fair ball not in flight is deflected by a fielder and then goes out of play, the award is two bases at the time of the pitch.’

“In this play right here, the ball was no longer in flight because it hit the front part of the wall. So, you cannot catch the ball off the wall. The wall is basically an extension of the playing field, the front part of the wall is, so once that ball hit the wall, it was no longer in flight. Now the ball bounces off the wall and is deflected out of play off of a fielder, that’s just a ground-rule double. There’s no ‘he would have done this, would have done that,’ it’s just flat-out in the rule book, it’s a ground-rule double.”

Of course it’s the correct ruling, but that didn’t make it any easier for the Rays to take.

“That’s the ruling, the umpires explained it to me, so I can’t go against the rules — they are what they are. It’s just a heartbreaker, and I can’t believe that happened or we don’t get the chance to score right there,” Kiermaier said after the game.

The Red Sox will have a chance to really make it hurt Monday night in Game 4 where they can end the series with a win over the Rays. 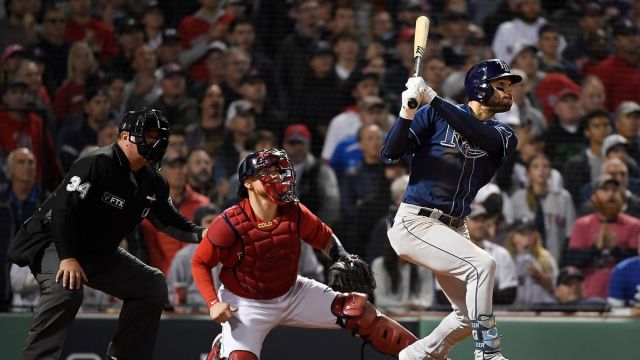 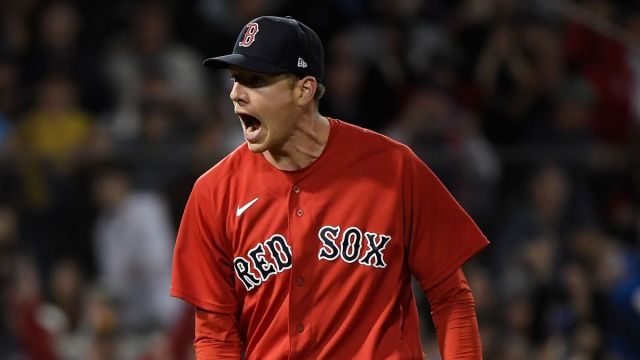