Why Did Patriots Bring Back Jamie Collins? Bill Belichick Explains Skip to content

Jamie Collins rejoined the New England Patriots for a third time this week, reuniting him with head coach Bill Belichick and several of the team’s long-tenured defensive cornerstones.

In his Friday morning video conference, Belichick was asked why the Patriots wanted to work with the veteran linebacker again.

“Jamie has experience in our system, and we feel like he gives us some depth at that (linebacker) spot,” Belichick replied. “He has some versatility. So we’ll work through it here and see how it goes.”

Collins previously played with the Patriots from 2013 to 2016 and again in 2019. His most productive and impactful seasons all have come with New England.

Before his latest reunion, Collins played 16 games for the Detroit Lions over two seasons. He was released by Detroit last week after Lions coach Dan Campbell publicly criticized his effort.

The Patriots overhauled their linebacking corps this past offseason, but that group has been hit hard by injuries, with Kyle Van Noy, Josh Uche and Ja’Whaun Bentley all missing games over the first four weeks.

Collins, who turns 32 later this month, officially signed with the Patriots on Wednesday and began practicing Thursday. Belichick did not indicate whether he is expected to play Sunday against the Houston Texans.

“We’ll see,” the coach said. “I think that really depends on how things go today, and then we’ll talk about the roster after today’s practice and tomorrow.” 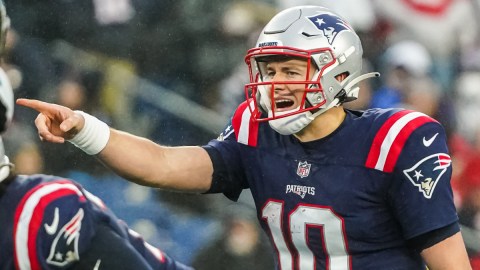