BOSTON — Looking at the shot totals for the Boston Bruins compared to the final score, you’d think the stats were from two different games.

That was not the case, with the Detroit Red Wings prevailing with a 2-1 victory despite being outshot by the Bruins 42-16.

“We didn’t pass up on a lot of shots,” Bruins assistant coach Joe Sacco, filling in for Bruce Cassidy, said after the game.

“I did think we made it a little bit easy on the goaltender at times by not getting in front of them enough. I thought we could have done a better job of providing a screen, taken his sight lines away better than what we did. certainly make it a little bit harder on him. But I thought we had some good quality chances. I thought we tried to get inside in the game tonight, we played inside the dots in the offensive zone. So unfortunately, we weren’t able to finish off some of those chances, some of those looks.”

Boston trailed 1-0 much of the game after Detroit’s first period goal, but the offensive energy picked up for Boston towards the end of the third.

Finally, they benefitted from a 5-on-3 advantage mid-way through the third, allowing Charlie McAvoy and Taylor Hall to set up David Pastrnak’s tying goal.

But the Red Wings responded shortly after, and the lopsided shot count didn’t matter anymore because the secondary attempts just weren’t there.

“It’s great to get that amount of shots and zone time and control the game like that,” Hall said after the game. “But, you know, it’s the score at the end of the night that dictates how we’re going to feel right now and the next day and those are games in the schedule that, when you play like that, you want to come away with points and obviously that’s something we got to do better at. I feel like on the majority of nights during the season, we’ve controlled play and haven’t had the record that we want.”

With Boston falling to 10-8 after the loss, he makes a point.

— Hall himself had a solid night, stepping up to the first line in the absence of Brad Marchand. He perhaps hasn’t quite had the start he imagined this season, but playing with Pastrnak and Patrice Bergeron, he seemed to have a little more oomph.

“I liked it,” Sacco said of Hall on the first line. “I thought Taylor was skating well tonight, he looked like he had some jumps in his game tonight and he was certainly driving the the opposition back with his speed through the neutral zone at times, trying to hang on to pucks. That line obviously had some good looks. They spent a lot of time in the offensive zone. I know we only got the one goal on the power play but I think overall they had some good quality chances. And I think Taylor from watching it from where I was, I thought he played well tonight.”

Hopefully, he continues to settle in over the next few games as Marchand serves a three-game suspension.

“Obviously Brad provides an element to our team that we miss — that we’re going to miss the next two games — no question,” Sacco said. “But I thought our group did a good job for the most part being ready to play and they were dialed in and we had good intensity during the course of the game.”

— As coach Cassidy remains out with COVID-19, Sacco will continue to serve in his place. It has been years since his time as head coach with the Colorado Avalanche, but the assistant got into the swing of things soon enough.

“I was rusty,” Sacco said. “But I think that once the puck drops and you know, you start looking at certain matchups that you’re trying to obtain and you just get into things, and they kind of flow smoothly for you at that point. But yeah, it’s been a while. Hopefully shake that rust off and maybe I’ll be better next game.”

— On top of all the news entering the matchup, throw in Jake DeBrusk requesting a trade from the organization. The left winger was a healthy-scratch last game, and despite Bruins’ brass confirming the trade request, Boston had to reinsert him back into the game plan Tuesday out of necessity.

DeBrusk addressed it with his teammates, and according to Hall, the news wasn’t a distraction and the team wishes him the best.

“He talked to us this morning,” Hall shared. “He just said, ‘I love you guys. This is something in my career that you know I’m at a crossroads,’ and he’s gonna have to do. But he’s not a distraction at all. It’s almost better that it’s out there, you know, you have a day to kind of digest that and Jake’s a great kid. He’s got a lot of skill and he’s gonna have a good career in this league. And as a group, as an organization, I think you deal with those distractions head on and and you just go play the game and that’s the culture. That’s the model that we have and whoever’s in you got to play well. That’s what we said this morning. We expect Jake to play as well as he can, even under the circumstances.” 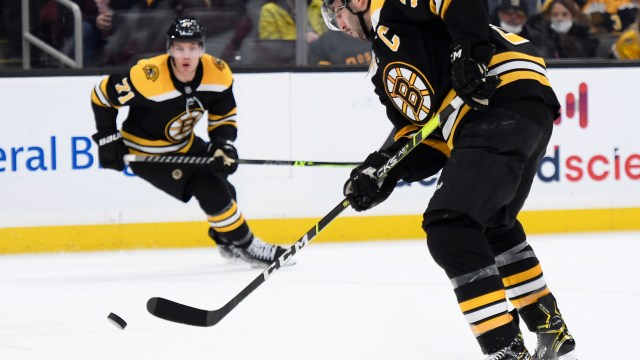 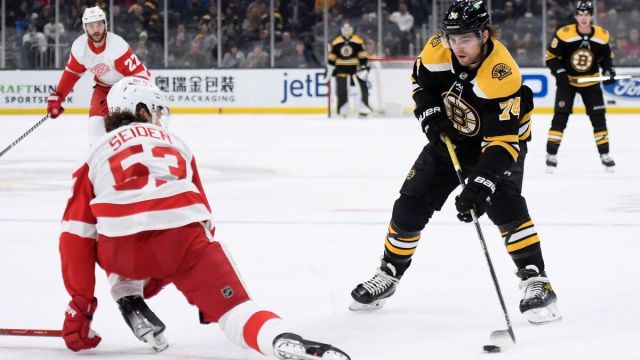