FOXBORO, Mass. — This week, Tennessee Titans head coach Mike Vrabel said the New England Patriots have the top collection of blocking receivers in the NFL — and that Jakobi Meyers is the best of the bunch.

Meyers validated that praise Sunday, delivering the block that sprung Kendrick Bourne for a pivotal 41-yard touchdown in the Patriots’ 36-13 win over Vrabel’s Titans at Gillette Stadium.

The block — which really was more of a basketball pick — earned Meyers unprompted postgame praise from both Bourne and head coach Bill Belichick.

“I thought Jakobi made a really timely block on the sideline to kind of get KB down there,” Belichick said.

Another, subtler pick by tight end Hunter Henry helped Bourne find a hole in Tennessee’s zone defense on third-and-6 from the Titans’ 41. He picked up the first down with relative ease, then juked past cornerback Jackrabbit Jenkins to pick up additional yardage.

Safety Amani Hooker looked primed to half the wideout for a 15-yard gain, but Meyers cut him off, allowing Bourne to dart down the sideline. One stiff-arm to the face of linebacker Jayon Brown, and he was in for his second touchdown of the game and fourth of the season.

“I definitely thought I was going to get hit,” said Bourne, who also caught a 4-yard touchdown pass from quarterback Mac Jones on the Patriots’ opening possession. “Shoutout to Jakobi with the great block. That was what made the whole play. He’s been doing that his whole career, blocking really well, and he caught a really good block right there. Giving that extra effort he gave really spurred me, so shoutout to him, but just a good play overall by the whole group.”

Meyers hit Hooker with what he called a “save-it block.” He wanted to impede the defensive back’s path to Bourne but knew that a full-on body blow might have drawn a flag for an illegal blindside block.

“I just knew that I didn’t want to hurt my team, but I wanted to help Kendrick get into the end zone,” he said. “So I just got in the way the best I could.”

His plan worked to perfection. Bourne’s touchdown was part of a second-half surge that saw the Patriots close out the game with 20 unanswered points.

“I just knew that if you give KB space, he’ll make a play,” Meyers said. “So I had to help him out, get past that one (defender). I knew I can’t hit him too hard, because then they’ll throw a flag, so just go in there and do a thing we call save-it blocks — throw my shoulder but don’t hit him. Just get (Bourne) to the next level and let him do his magic.”

He added: “That was pretty nifty. My guy’s definitely got some cat senses in him or something, because he tightroped that sideline pretty well.”

On top of his assist, Meyers also finished the game as New England’s leading receiver in the win, catching five passes on eight targets for 98 yards. The highlight of those was a 38-yard bomb over standout safety Kevin Byard that Jones called “one of the better catches I’ve seen.”

Meyers also drew a defensive pass interference penalty and benefited from another wideout’s key block, snaking around Nelson Agholor on a 20-yard catch-and-run. He and Bourne have been the Patriots’ most productive pass-catchers this season, leading the team in receptions and receiving yards, respectively. 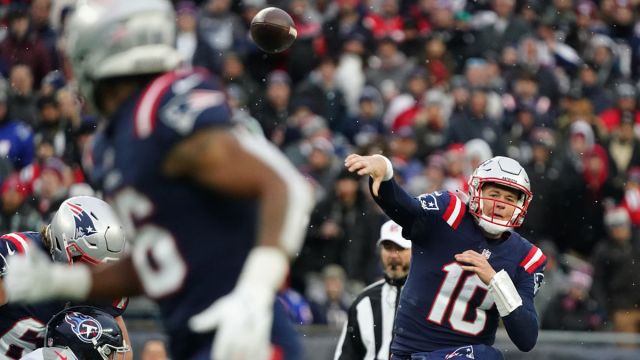 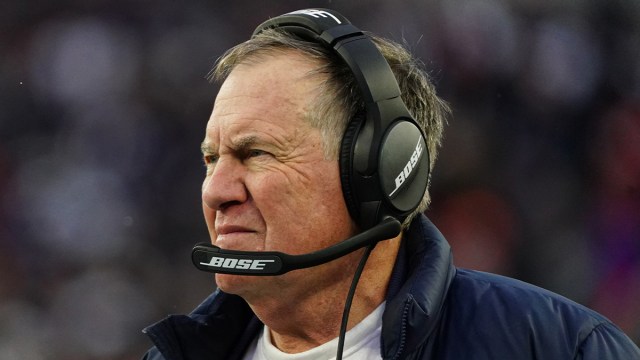