Patriots Mailbag: How Would Patriots Replace J.C. Jackson Vs. Panthers? Skip to content

After this weekend, the New England Patriots officially will be more than halfway through their 2021 schedule.

Tight end Jonnu Smith compared this middle portion of the season to a “horse race.” Teams are jumbled, clumped together, jockeying J.C. Jackson has yet to practice this week. If he can’t play vs. the Panthers, how would the Patriots fill his cornerback spot?for position without much separation. Just look at the current AFC standings.

Six teams, including the 4-4 Patriots, have four wins. Four more have five. Not much separates the No. 2 seed (currently the 5-2 Las Vegas Raiders) from the 11th-place club (the 4-4 Denver Broncos).

“As the race goes on, some horses, they start falling back a little bit,” Smith said Thursday. “We just want to be bunched up right there in the midst of it all, giving ourselves a chance and eventually come out on top. That’s the goal. Week 9, going on Week 10 — it’s about that time when teams start to fall off and take themselves out of it or keep themselves in it.”

The Patriots will look to take another step toward the latter when they visit the Carolina Panthers on Sunday.

But first, let’s answer a few of your questions:

@ashley1992__
Hi Zack, any new update on JC? If he can’t go this week, are we looking at Mills and JJ Williams as our starting corners?
J.C. Jackson missed practice Wednesday and Thursday with an illness. There’s still a chance he returns Friday and plays Sunday, but those back-to-back absences put his availability for Sunday in doubt.

If Jackson can’t play against the Panthers, then yes, Joejuan Williams is the most likely candidate to start opposite Jalen Mills, with Myles Bryant continuing to man Jonathan Jones’ usual slot position.

Williams had the best game of his career against the New York Jets in Week 6 (five targets, one catch, 8 yards, three pass breakups) and had no issues in last week’s win over the Los Angeles Chargers. But his lone NFL start to date (Week 5 vs. Houston) ended with him getting benched, and his NFL career to date has been defined by inconsistency and unfulfilled expectations.

Beyond Williams, Mills and Bryant, the Patriots’ other cornerback options are:

— Rookie Shaun Wade, who has yet to play an NFL snap but returned to practice last week after missing three weeks with a concussion. He’s received positive reviews from head coach Bill Belichick and multiple teammates, but we’ve yet to see him on the field outside of one preseason appearance.

— Brian Poole and De’Vante Bausby, two veterans who signed to the practice squad last week. Poole has the more NFL experience of the two (70 games; 38 starts) but mostly has played in the slot. Bausby, a rangy outside corner who’s bounced around to seven NFL teams with a stint in the AAF, has appeared in 26 games with six starts over five seasons.

It’s somewhat fitting that the Patriots could be this thin at cornerback for a game against Stephon Gilmore, whom they traded away for practically nothing last month. We expected Gilmore, Jackson and Jones to be their top three corners this season. They might be without all three this week.

This also would snap a streak of 53 consecutive appearances (including postseason) for Jackson, who’s never missed a game due to injury/illness in his NFL career. (He had three healthy scratches early in his rookie year in 2018.) And it would be a very big loss for New England’s defense.

What about the passing attack the Patriots will be facing? Well, quarterback play is a major question mark for this Panthers team — it seems likely inexperienced former XFLer P.J. Walker will start in place of an injured Sam Darnold, who always has struggled against New England — but Carolina does boast one of the league’s top young wideouts in D.J. Moore, who enters Week 9 ranked seventh in receiving yards (645) and tied for fifth in catches (50).

“This is a kid that maybe not all fans would be familiar with,” Belichick said of Moore in his weekly “Belestrator” segment, “but he’s really a good receiver.”

No. 2 receiver Robby Anderson is in the midst of an awful season, catching just 18 passes with no touchdowns in eight games and posting the NFL’s second-worst catch percentage.

@AntonyPenders
Quin Nordin. Was he signed just to keep the UDFA streak going?
I doubt we’ll see Nordin until the spring. I think he had traits the Patriots wanted to work with (namely his monster leg) but wasn’t polished enough for them to trust him as their No. 1 kicker. So, they moved him to injured reserve, where they can stash him for the season while he continues to develop.

Veteran Nick Folk has been excellent this season, anyway (20-for-21 on field goals, 16-for-19 on extra points), and the team signed another UDFA kicker, Riley Patterson, to their practice squad as an emergency option.

@Durf23
Where?s Trent brown?
Haven’t seen the big man back on the field yet. Brown was eligible to return from injured reserve last week, but he has yet to begin practicing. At this point, it’s unclear when or if that will happen. Brown opened the season as the Patriots’ starting right tackle but hasn’t played since the opening drive of Week 1.

Here’s what offensive coordinator Josh McDaniels had to say about Brown on Tuesday:

@TimEdmonds_
Is OBJ a serious option if he gets cut?
I don’t know how serious New England’s interest would be, but he’s definitely worth considering if (or when) Cleveland cuts him loose and he clears waivers (at which point he’d be free to sign with any team for any price north of the veteran minimum).

Odell Beckham Jr. and Belichick have long admired one another; the Patriots have a long history of morphing underperforming malcontents back into productive players (see: Randy Moss, Corey Dillion, etc.); and Beckham, though he hasn’t been nearly the same game-breaking player with the Browns that he was in New York, still has superstar potential.

If Belichick believes Beckham can operate in this offense without blowing up on Mac Jones or eroding the team’s chemistry — and if Beckham, in turn, would accept an affordable contract and is open to playing for a Tom Brady-less Patriots team — that’s a call worth making.

@jcapp90
Assuming Odell gets cut. Who is more likely to be a Pat, desean or OBJ.
I wouldn’t say either is likely. But more likely? I’ll go Odell. 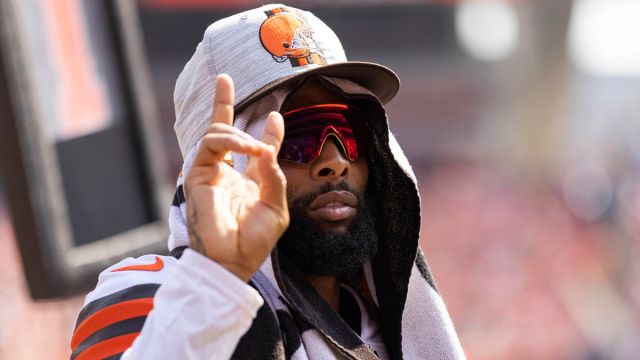 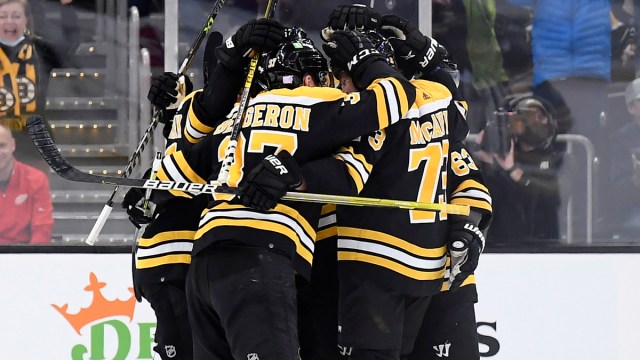