Could Odell Beckham Jr. Land With Patriots In Wake Of Browns Drama? Skip to content

Odell Beckham Jr. appears to be on the road out of Cleveland. Could that path eventually lead him to … New England?

Though Beckham was not traded ahead of Tuesday’s NFL deadline, the struggling star receiver was sent home from the team facility Wednesday and, according to multiple reports, might have played his final game with the Browns.

Head coach Kevin Stefanski told reporters before Wednesday’s practice that Beckham had been “excused,” and that general manager Andrew Berry and the wideout’s representatives “are continuing to talk.”

Beckham’s father, Odell Beckham Sr., posted a video Tuesday with clips of Cleveland quarterback Baker Mayfield not targeting his son. Beckham Jr. was targeted just once in Sunday’s 15-10 loss to the Pittsburgh Steelers, finishing with one catch for 6 yards. Ohio native LeBron James also voiced his displeasure with Beckham’s situation on Twitter.

The 2019 trade that sent Beckham — a three-time Pro Bowler with the New York Giants — to the Browns has been a flop for both sides. After a reasonably productive 2019 campaign (74 catches, 1,035 yards, four touchdowns), he’s averaged just 3.9 catches and 42.4 yards per game over the last two seasons while battling multiple injuries.

Since the trade deadline has passed, the Browns’ only options with the disgruntled Beckham are to keep him or waive him. If they choose the latter, they would incur a significant salary cap charge. According to a report from CBS Sports’ Jason La Canfora, that’s not an avenue they’re currently considering.

If the Browns wait until the offseason to cut Beckham, they could do so with no financial penalty, as the final two years of his contract are non-guaranteed. But if Cleveland ultimately finds this situation untenable and chooses to release Beckham now, the Patriots could be on his list of preferred destinations.

There’s been no recent reporting linking Beckham to New England, but the 28-year-old has long admired Bill Belichick, raving about the Patriots head coach on multiple occasions.

“Going against Bill Belichick, this is somebody who I have much respect for,” Beckham told reporters before the Browns traveled to Gillette Stadium in 2019. “Probably talk to him before and after the game. He tells me the same thing every time, he’s like: ‘I hope you enjoy today because there’s not going to be much for you.’ That’s what he’s told me and that’s what he does every single time. It’s just tough. He’s going to coach it up and they’re going to be ready and prepared.”

After that game, which the Patriots won to give Belichick his 300th career victory, Beckham called him “a phenomenal coach.”

“I was looking at Don Shula, I don’t know how many wins he has, and I’m thinking, ‘Is Belichick trying to surpass that?’ ” he said. “And I just didn’t want to give him the 300th win today. But he went out and got it. He’s a phenomenal coach. You could argue he’s the best ever.”

“To be going to Belichick, there is no ‘How is it going to work?’ ” Beckham told Newton during an athlete roundtable. “For me, all he wants to do is to put you in a place to succeed, and I’m happy to see it.”

Longtime Browns beat writer Mary Kay Cabot told NBC Sports Boston’s Tom E. Curran last year that Beckham had “always wistfully wished” that he could play for Belichick and with Tom Brady — but that he might not be “clamoring” to join the Patriots after Brady’s departure. Would Beckham be interested in playing with current New England QB Mac Jones, who’s off to an impressive start in his rookie season? Unclear.

It’s also unclear if Belichick would want to add Beckham to a receiving corps that currently consists of Jakobi Meyers, Nelson Agholor, Kendrick Bourne and N’Keal Harry, but the coach has been complimentary of him the past. Before that 2019 matchup, Belichick called Beckham “an explosive playmaker.”

“He makes acrobatic catches, good quickness, good after the catch, and he can throw,” Belichick said. “He’s had a couple of passes, as well, so he’s a little bit of a threat to run with the ball or throw it if he gets behind the line of scrimmage. He’s a good player. They use him a lot of different ways, and he’s one of the many weapons they have.”

Beckham must pass through waivers if he’s released. If claimed, his new team would absorb his $8.05 million salary for the rest of this season, plus his $15 million cap charges in 2022 and 2023 (which, again, are non-guaranteed). The Patriots currently have only about $2.6 million in available cap space, making a waiver claim unlikely.

If Beckham goes unclaimed, he would be free to sign with any team for any price. Despite his recent struggles, Belichick — who’s helped revive players’ careers in the past — might view him as a worthwhile reclamation project with superstar upside.

Until the Browns actually decide to release Beckham, this all is meaningless speculation. But it’s certainly a situation Patriots fans should be monitoring. 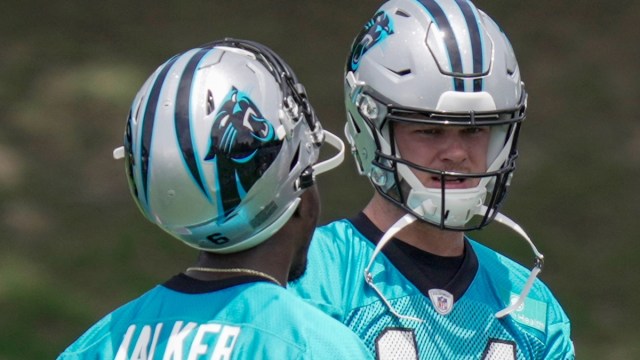 Which QB Will Panthers Play Vs. Patriots? Bill Belichick Doesn’t Seem To Care 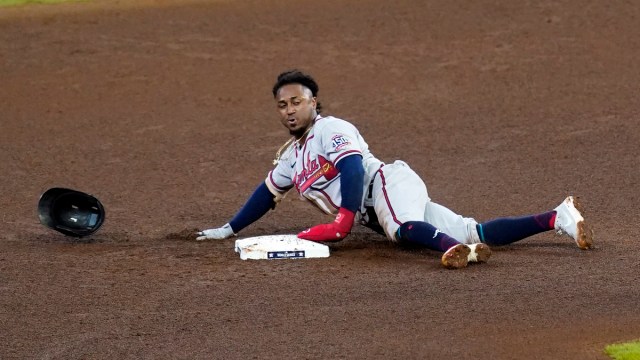