Mac Jones has been the league’s best rookie quarterback this season, by a fairly wide margin, suggesting the New England Patriots made the right move in selecting the Alabama product with the 15th overall pick in the 2021 NFL Draft.

There really wasn’t a pre-draft consensus on Jones, though. Some experts preferred the four QBs chosen ahead of him: Trevor Lawrence (No. 1), Zach Wilson (2), Trey Lance (3) and Justin Fields (11).

ESPN’s Kirk Herbstreit, meanwhile, was high on Jones before the draft, largely because of the former Crimson Tide signal-caller’s ability to dissect opposing defenses — a strength Herbstreit became increasingly aware of while sitting down and spending time with Jones.

“The thing that stood out to me — everybody asks me, ‘What was most impressive with all these guys?’ and I said, ‘I don’t know who’s going where or who’s the best player?’ But as far as processing, as far as when you talk to a guy and he’s on the board and he goes, ‘Oh yeah, the safety did this’ — I mean, just boom, boom, boom, boom. His brain fires at a very unique way,” Herbstreit said over the weekend on ESPN when asked about Jones’ early success with the Patriots.

“And that was college. You never know how that’s going to transition up to the NFL. But of all the guys, I remember telling a lot of your NFL people, ‘I don’t know where Mac Jones will go, but I wouldn’t be surprised if he ends up being a guy who gets somewhere and probably has the shortest learning curve, because of the system that he came out of and because of how quickly he understands and grasps defensive coverage and where to go with the football.’ And he’s obviously had a great start.”

The conversation quickly turned to the 2022 NFL Draft, with ESPN’s Sam Ponder asking Herbstreit, a college football analyst, whether there are any quarterbacks in the upcoming class that remind him of Jones.

Herbstreit responded with a straight-up, “No.”

“There’s guys that have some physical abilities, but nothing that I’ve seen,” he continued. “Now, I haven’t sat down and watched film and that kind of thing, but even when you watched Mac Jones last year execute and you sit down with him in a production meeting and you talk to him about, ‘What do you think of this coverage and what Ohio State’s going to try to do in the national championship,’ it was almost like talking to an offensive coordinator or just a coach. And so even before I sat down and did that QB ’21, there was just a very different vibe from him. And I don’t feel that (now). Not to knock any of these guys. It’s just a different way of executing.”

Jones wasn’t — and isn’t — considered the best athlete or the most physically gifted of the 2021 first-round quarterbacks. And it’s obviously far too early to make any definitive determinations about him or any of the other QBs selected in the most recent draft.

But it sure seems like the Patriots landed a good one. And Jones’ biggest strength seemingly resides between the ears. 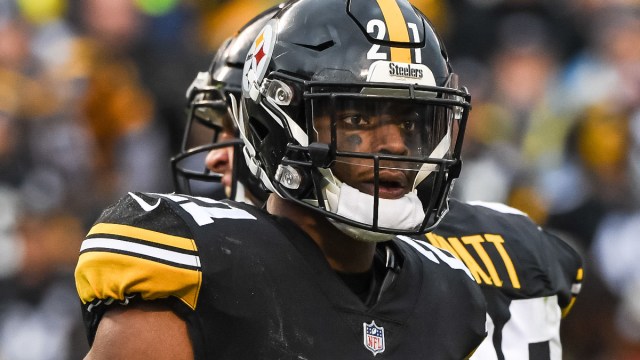 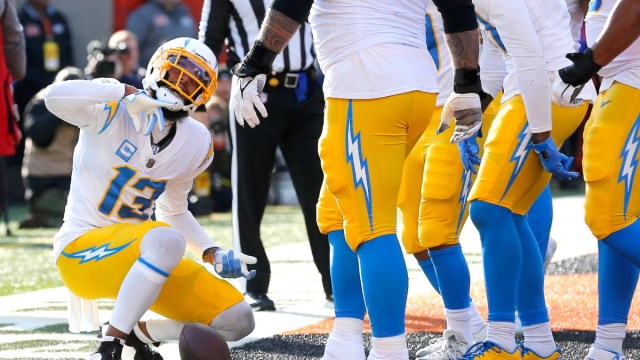