Antonio Brown exposed Bruce Arians on Wednesday and he apparently has receipts to back up his claim.

Through a statement from his attorney, Brown insisted Arians ordered the wide receiver to play through pain in Week 17, despite knowing the severity of his ankle injury. This countered a claim made by the Buccaneers head coach, who said Brown did not tell him he was injured before having a meltdown at MetLife Stadium.

But if the screenshots of text messages Brown shared to his Instagram story Thursday are legitimate, Arians is not telling the truth.

“This is BA,” Arians texted to Brown early evening last Thursday. “Make sure you are ready to go tomorrow. We ARE NOT resting for the playoffs.”

After Brown did not respond, Arians on Friday afternoon texted again asking the wideout to call him.

Brown responded with a photo of someone working on his ankle along with the following text:

“I’m all in coach really caint get to full speed I wanna win wanna be there if I wake up tomorrow feel better I’ll be ready kinda rolled it outside on 2pt play I want what’s best for team lmk when you free I’ll call you.”

Arians responded: “Come see me in the morning. We’ll talk it out. Definitely want you with us in case you’re ready.”

Brown also shared a screenshot of a text exchange with Alex Guerrero, Tom Brady’s longtime trainer and business partner. Brown claims Guerrero charged him $100,000 for work that was never done on him.

This ordeal is turning into a “he said, she said” and it probably is going to get messier before it gets resolved. 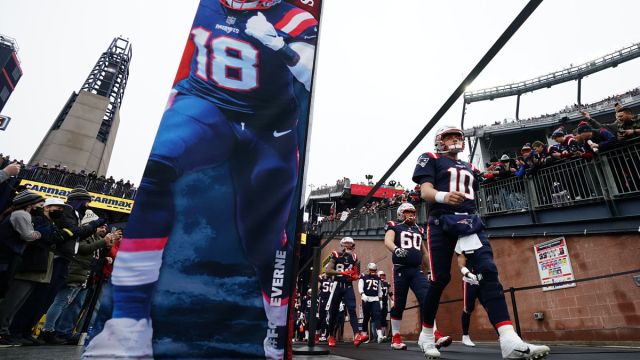 Ex-Patriot Tried To Recruit This Wide Receiver To New England 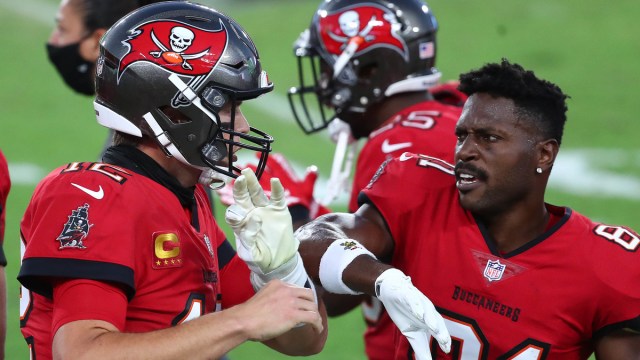