Christian Barmore Injury: Could Patriots Rookie Be Out For Playoffs? Skip to content

The New England Patriots might have lost more than a game Sunday afternoon in Miami.

Rookie defensive tackle Christian Barmore was carted to the locker room in the final minutes of New England’s 33-24 defeat at Hard Rock Stadium, and a postgame report from ESPN’s Mike Reiss indicated his injury could be season-ending.

“I would say based on what we saw with Christian Barmore, I wouldn’t expect him in the playoffs, and this is the type of thing that looks like it’ll impact his offseason,” Reiss told WBZ-TV’s Steve Burton on “Patriots Fifth Quarter.” “He was very emotional.

“To sort of paint a picture for everyone that’s watching us here, we were waiting outside to come in this (interview) room, the cart came down the tunnel, where they were in the X-ray room where they take tests when they bring players back, and (Barmore’s) head was just down. (He was) just really emotional, I would say, from what I saw looking at Christian Barmore. Very impressive rookie interior rusher. He will be a big loss.”

NFL Media’s Ian Rapoport, however, reported initial tests on Barmore’s knee were “promising, indicating no major injury.” Barmore is scheduled to undergo an MRI on Monday, per Rapoport.

Barmore suffered the injury while chasing after Dolphins quarterback Tua Tagovailoa on a late third down. As he reached Tagovailoa, he collided with cornerback Joejuan Williams. Barmore remained down on the field and appeared to be in significant pain before being helped to the bench and then carted to the locker room.

A second-round pick in the 2021 NFL Draft, Barmore has been a first-year standout for the Patriots this season, playing a key role as their best interior pass rusher. The 22-year-old Alabama product entered Sunday’s regular-season finale tied for second among New England defenders with nine quarterback hits to go along with 1 1/2 sacks, three tackles for loss and two pass breakups. Barmore also trailed only Pro Bowl edge rusher Matthew Judon in total pressures (45), per Pro Football Focus. No other Patriot had more than 25 entering Week 18.

Patriots quarterback Mac Jones, Barmore’s college teammate, was asked about his fellow rookie after the game.

“I saw him,” Jones told reporters. “I don’t know exactly what happened, but I just told him that I love him and I have his back no matter what. He’s a great player, and he’s been a great teammate to me at Alabama and obviously here, too. He’s really positive, and I hope he’s OK.”

The Patriots also lost starting left tackle Isaiah Wynn to an ankle injury during the first half Sunday. Justin Herron played the rest of the game in Wynn’s usual spot.

Head coach Bill Belichick did not have an update on Barmore or Wynn in his postgame news conference.

New England will visit either the Buffalo Bills or Cincinnati Bengals in next week’s wild-card round, depending on the outcome of Sunday night’s Los Angeles Chargers-Las Vegas Raiders game. 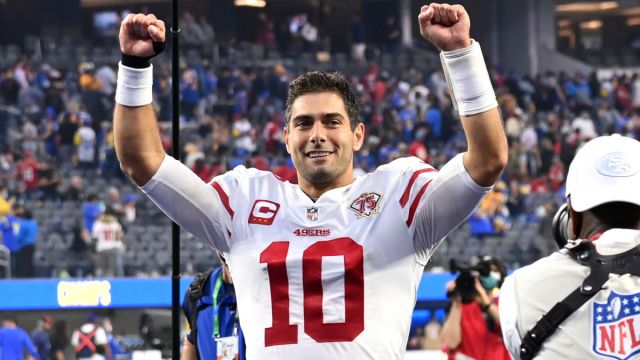 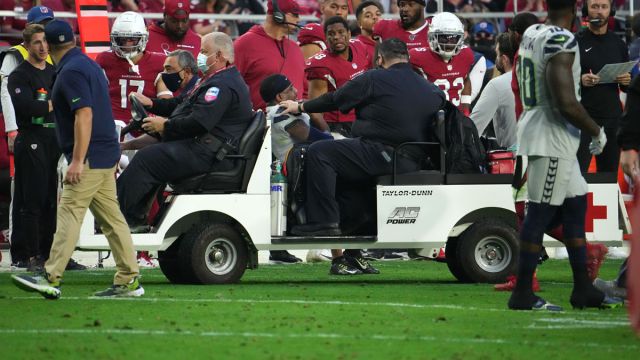