Jeremy Lauzon found a way to help the Boston Bruins on Thursday night despite playing for the Seattle Kraken.

The Seattle defenseman, who was plucked from the Bruins by the Kraken in last year’s expansion draft, tried to swat a deflected Erik Haula pass out of mid-air. The puck ended up falling into the crease after not making direct contact with it, and Jake DeBrusk capitalized and scored.

DeBrusk ended up being the difference-maker when he scored the game-winner 33 seconds into overtime to lift the Bruins to a 3-2 victory.

The Bruins forward played on the top line in Thursday’s win, and has been playing well overall. DeBrusk knows he’s had some puck luck come his way during his hot streak, and wanted to make sure he thanked Lauzon for the help on his first goal.

“I told him I owed him a couple of beers, actually,” DeBrusk told reporters, per team-provided audio. “He’s a good friend of mine. If Jeremy sees this, I still owe you a couple beers.”

The Bruins and Kraken don’t meet again this regular season, so hopefully DeBrusk finds a time to make good and get Lauzon those beers. 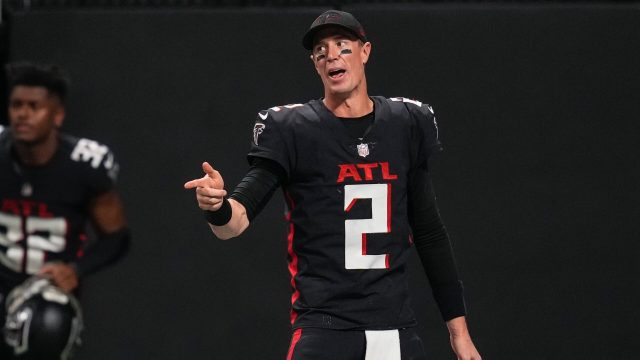