Boston Celtics head coach Ime Udoka projected confidence in his group despite the indefinite absence of star center and defensive anchor Robert Williams, who suffered a torn meniscus and thus has had his status in question.

Udoka expressed his confidence in Boston’s depth behind Williams, specifically when it comes to backup center Daniel Theis, with Al Horford and Grant Williams also offering defensive versatility that Robert Williams did.

“It changes the dynamic obviously, how important he is for us and what he does for us, but that’s why we feel confident with getting Daniel (Theis) in for these reasons,” Udoka said before the Celtics took on the Raptors in Toronto on Monday night. “And so, as much as we wanted to shave down some minutes with Al and Rob going into the playoffs, that’s also an insurance policy. And Daniel’s a guy who is versatile, can do a lot of the same things as both those guys. Different player obviously, but we’ll rely up on him. Obviously got the option to downsize and then Grant doing what he’s doing.”

Williams will need surgery but is deciding between one that would be a shorter-term recovery, which could allow him to come back should Boston advance in the postseason, or a longer-term recovery which would end his season. The Celtics will get their decision within the next few days, Udoka said.

Nevertheless, the move to bring in Theis at the NBA trade deadline now is viewed as a key add, despite not offering the identical skillset and athleticism as Williams.

“You get some with Daniel. He doesn’t jump as high or get up as high, but he’s a lob threat that brings a different shooting touch, as well. So we have Al and those guys there. But for the most part with Jayson (Tatum) and Jaylen (Brown), our guards, doing what they do that will continue.

“So it’s going to impact us, but like I said, other guys have to step up. Nobody’s going to feel sorry. We got guys that are capable and we’ll keep it moving.”

Udoka also acknowledged how the Celtics possess an ability to switch it up and go smaller. Those like Grant Williams, along with Tatum’s and Brown’s ability to guard bigger wings allows that to happen.

“Similar to a lot of guys, Rob included, (Grant) guards one through five,” Udoka said. “Put him on bigs, obviously switches on to guards and everything in between. … So he gives us a lot of versatility there. And, like I said, Daniel does that as well.”

Udoka continued: “And also have the option to downsize, which we can do. Confident in Jayson and Jaylen are big wings, you know, guard a four-man (power forwards). So switch it up there as far as that, rely on out three-man big rotation more so.”

Udoka did specifically share how the Celtics will need to get more from others on the offensive glass given Robert Williams’ ability to create second-chance points with his four offensive rebounds per contest.

The Celtics, who entered Monday as the top seed in the Eastern Conference, now will have to plan for the next-man up mentality while continuing to hope for the best when it comes to their starting center. 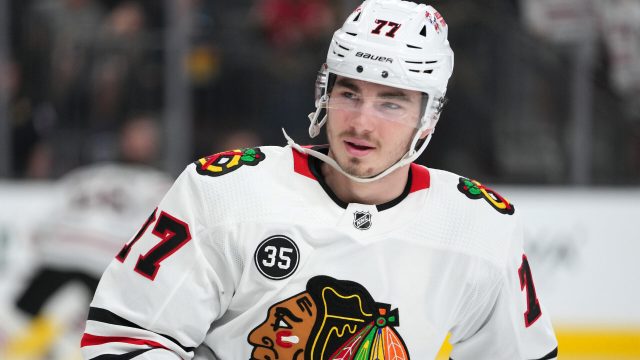 Kirby Dach Out, Tyler Johnson In vs. Sabres 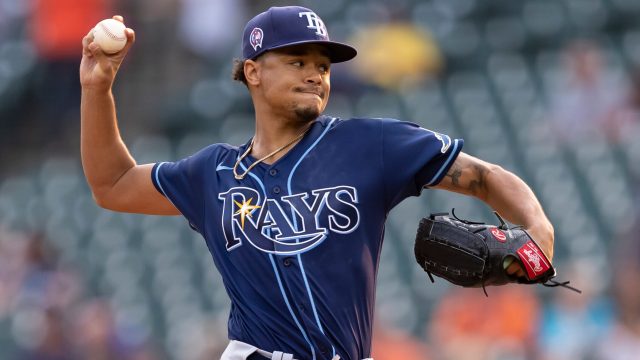