The Brooklyn Nets have a Kyrie Irving dilemma on their hands.

Irving can opt out of his contract and sign a five-year, $245.6 million deal with the Nets this offseason, a scenario that once felt inevitable and still seems likely despite Brooklyn’s first-round playoff loss to the Boston Celtics.

Will the Nets feel good about it? Probably not. Going down that path will require Brooklyn’s brass to swallow hard, for the super-talented Irving has proven anything but reliable in recent years — both because of injuries and a complex temperament.

But really, what’s the alternative?

Irving made it clear after the Celtics completed their four-game sweep of the Nets on Monday night that he intends to return to Brooklyn, where he’ll continue to play alongside his buddy, Kevin Durant. While the Nets could try to work out a deal with Irving that softens the aforementioned commitment, the reality is they’re still, in all likelihood, going to hand him a ton of money. Unpredictability be damned.

Now, could Brooklyn then turn around and attempt to trade Irving? In theory, yes. Only that’d likely require Durant’s approval — no small hurdle given their strong friendship — and for another franchise to take the bait. It takes (at least) two to tango. And therein lies perhaps the biggest problem.

Consider this from The Ringer’s Kevin O’Connor in a piece published Wednesday:

“One big problem for the Nets: There likely aren’t a lot of Kyrie suitors, if any. Few teams wanted him way back in 2017 when he hit the trade block, and his value has plummeted since.

The Athletic’s Shams Charania reported in October that the Nets would listen to offers for Irving. I’m told there were crickets.”

Even those crickets might keep quiet knowing what we now know.

Look, Irving is an excellent player. Few in league history have possessed his skill. He’s a tremendous scorer who can cause a world of problems for NBA defenses. His on-court track record, by and large, speaks for itself.

None of that matters, though, if Irving’s mercurial nature continues to disrupt the collective goal of winning an NBA title. While one certainly could argue the Nets are well positioned to be legitimate NBA Finals contenders next season with a nucleus of Durant, Irving and Ben Simmons, there’s also a strong counterargument that such a formula simply never will work in Brooklyn.

And maybe the Irving experiment just won’t work anywhere anymore, seeing as his time in Brooklyn hasn’t been much smoother than his finals days with the Cleveland Cavaliers or the Boston Celtics. Which makes finding a possible trade partner extremely hard, if not impossible.

“It’s difficult to find even theoretical situations because so few teams are desperate to acquire a 30-year-old headache about to demand $50 million annually,” O’Connor wrote. “It has the potential to one day turn into the NBA’s worst contract.”

Right now, Irving is Brooklyn’s problem. And that might remain the case for a while. 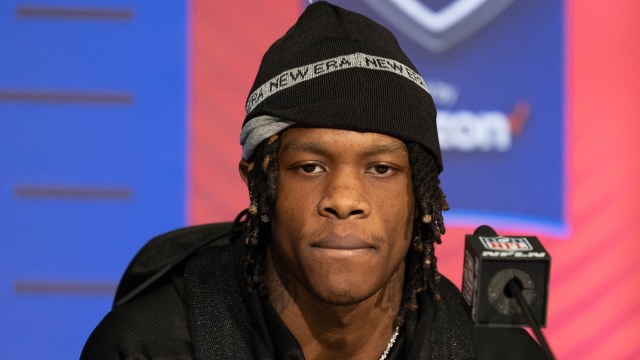 Have Eagles Tipped Hand Regarding Draft Pick They Desire Most? 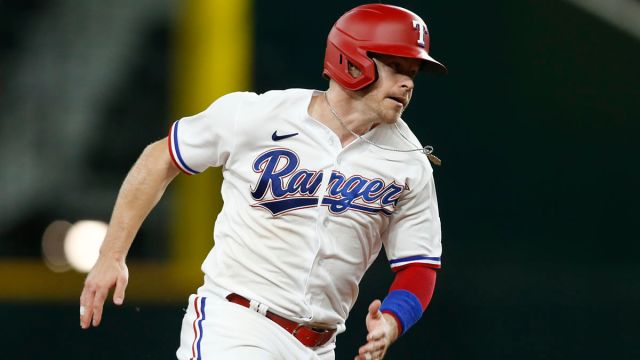 Brock Holt Reveals What Led To Release From Braves This Offseason