There has been no shortage of issues for the Red Sox to begin the 2022 season, but perhaps none of Boston’s maladies is more surprising than its relative lack of offense.

A year after finishing fourth in the majors with 5.14 runs per game, the Red Sox offense seemingly has hit the snooze button on 2022. The Sox enter Wednesday night’s game in Toronto averaging 3.61 runs per game — 22nd in baseball.

The offense isn’t the sole problem, of course. The bullpen has imploded in its last two games, which can also be somewhat attributed to the starters’ inability to go deeper into games. There are plenty of issues that need fixing for the Red Sox — who are 1-6 in their last seven games — to turn around their season.

Don’t be surprised if the offense is the first thing to come around. The Boston bats showed signs of life Tuesday night, finally breaking out late in a loss to the Blue Jays. The Sox pushed across five runs, their most since an 8-1 win against Minnesota … 10 days ago.

Dig a little deeper, though, and you’ll notice the Red Sox have, dare we say, been a little unlucky this season.

However, that’s not to say the approach has been perfect. Boston’s plate discipline has been quite bad. No team in the majors has swung more often at pitches out of the strike zone, and the Red Sox are only making contact on 60.7% of those chase swings. As such, their 13.6% swinging-strike rate is the highest in baseball. Getting just a little more selective could go a very long way in the Red Sox looking like one of the better offenses in the sport again.

Any sort of breakout might be gradual, but don’t be surprised if it happens as early as Wednesday night. The Red Sox aren’t resting any of their top-half regulars, and they have a seemingly favorable matchup. Ross Stripling takes the ball for Toronto. He’s allowed 20 runs on 31 hits in 24 career innings versus Boston while giving up seven home runs, too.

For what it’s worth: The Red Sox are +125 underdogs Wednesday night at DraftKings Sportsbook, and Boston’s team total is set at 4.5 with plus-money on the over. Again, just for what it’s worth. 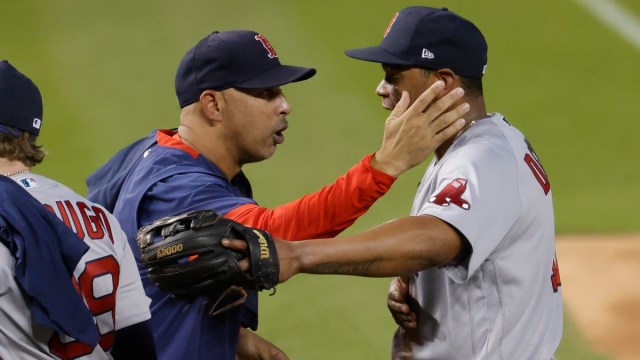