By almost any measure, Nelson Agholor underperformed in his first season with the New England Patriots.

After signing a hefty two-year, $22 million contract, the veteran wide receiver managed just 37 catches for 473 yards and three touchdowns in 15 games for New England, failing to replicate the strong season he enjoyed for the Las Vegas Raiders in 2020 (48-896-8).

Among the 90 NFL wideouts who saw at least 50 targets, Agholor ranked 82nd yards per route run, according to Pro Football Focus. He never tallied more than 55 receiving yards and registered two or fewer catches in nearly half of his appearances (seven of 15), lagging behind teammates Jakobi Meyers and Kendrick Bourne in most receiving categories despite more than doubling both in average annual contract value.

Agholor’s struggles likely prompted the Patriots to seek external receiver help this offseason. Though they’ve eschewed big-money signings and blockbuster trades, they acquired veteran DeVante Parker from the Miami Dolphins and then used a second-round draft pick on Tyquan Thornton, adding a pair of perimeter wideouts who could eat into Agholor’s workload.

If Thornton, a speedster out of Baylor who arrives with questions about his play strength and quickness, immediately impresses, New England could look to move on from Agholor and his gaudy $14.9 million salary cap hit, $9.9 million of which they can wipe by trading him.

But despite last year’s problems and this offseason’s preparations, Agholor exuded optimism Tuesday in a video conference with reporters, saying he fully expects to be a more productive player in his second Patriots season.

“The best part about it is Year 2 in the Patriots system is when guys really get going,” Agholor said. “I feel comfortable, and I’m excited to have my best season with the Patriots and show why I’m here.”

Agholor, who turns 29 later this month, said he “definitely” feels more comfortable now than he did last season, when he still was adapting to all aspects of the Patriots’ organization — both on and off the field.

“And I know the routes. Because the route tree is unique. I mean, everybody runs certain routes, but the route tree is a little different than what I’ve ran before, and now I know it, so now I get to put my own spin on how we do things and play fast. So I’m just growing, practicing, putting stuff on tape and being comfortable with it — putting my own flavor on what I put on tape. Whereas a year ago, I was learning, so you do things at a certain learning tempo. You never get to just go full speed because you want to make sure you’re doing it right, so you kind of move with caution. Now I know what it looks like and I get to just put my flavor on it.

“That’s the cool part about Year 2. You’ve done it. You’ve had a year of tape of it. Now you self-study and you just play fast.”

Agholor also noted the Patriots “know who (their) quarterback is” this offseason. That wasn’t the case a year ago, when Cam Newton and Mac Jones split reps before Jones ultimately won the starting job. He raved about Jones’ work ethic and communication as the QB prepares for his sophomore NFL season, saying their familiarity will pay dividends.

As for his own personal development, Agholor said he is “in a really happy place” and “super excited” as he works his way through voluntary offseason workouts. He’s viewing his lackluster maiden voyage in New England as a necessary learning experience and believes 2022 will be “something special.”

“(Last season is) behind us, but I would say it went the way it was supposed to for me to grow,” Agholor said. “I can’t really look at it any other way. I needed to grow. I needed to adapt. I needed to be able to do what wanted to do. And I think everything happens for a reason. I’m not going to get upset about this or that, because it’s in the past.

“What I do have in front of me is a really wonderful opportunity this year to be who I’m supposed to be and play the way I want to play, so I’m all right with that.”

It’s unclear what the Patriots’ plan is for Agholor this season, but team owner Robert Kraft recently hinted at a potential shift in his usage or alignment. Speaking with The Athletic’s Jeff Howe at the NFL owners meetings, Kraft said New England is “making changes” aimed at getting more out of certain disappointing offensive players from its 2021 free agent class — clearly referring to Agholor and tight end Jonnu Smith.

Agholor played more than 90% of his snaps as an outside receiver last season but also has extensive experience in the slot from his years with the Raiders and Philadelphia Eagles.

“We’re making changes to take advantage of what they do best,” Kraft said. “We have a lot of talent that hasn’t been tapped into yet, in my opinion.” 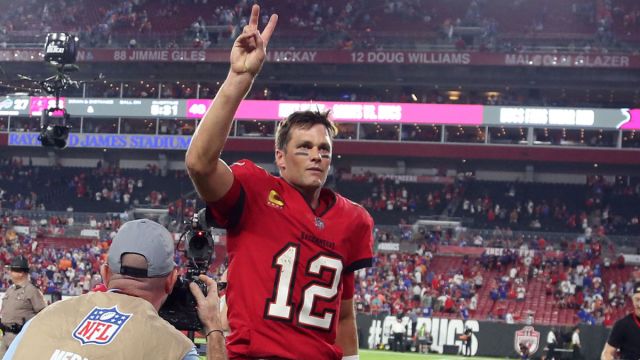 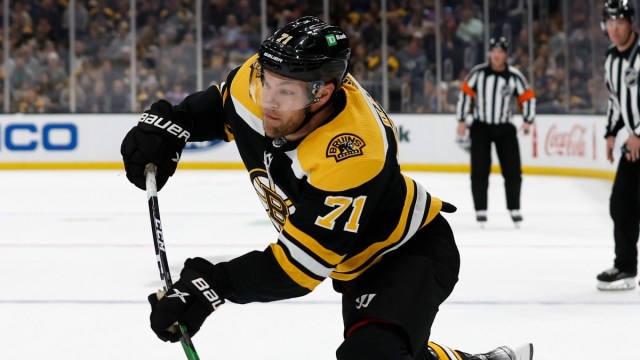 Bruins’ Taylor Hall Confident In Game Regardless Of Linemates