Draymond Green isn’t upset about the heckling he received from Boston Celtics fans during Game 3 of the NBA Finals. The Golden State Warriors forward is actually embracing it.

Green was greeted with a chorus of boos Wednesday night at TD Garden and the vitriol only grew from there, to the point where C’s supporters started chanting “(Expletive) you, Draymond” so loud and clear that viewers at home could easily hear the NSFW message on TV.

Green’s wife, Hazel Renee, was in the building, along with their kids, and she came away so disgusted that she took to social media to rip Celtics fans for their “shameful” behavior.

“I know Hazel is very upset, just because our kids were at the game and they’re listening to that,” Green said on “The Draymond Green Show” podcast after Game 3. “And quite frankly, I don’t make much of it.”

That’s obviously a very mild-mannered reaction from someone who’s typically not very mild-mannered. And Green’s logic stems from the values he’s trying to instill in his 5-year-old son, who was at the game, while their 1-year-old daughter simply is too young to comprehend what Celtics fans were saying.

“(My) 5-year-old, DJ, I’m raising a warrior, no pun intended. I’m raising a man,” Green said on his podcast. “So, I don’t make much of him hearing that or seeing that. Like, it is what it is. And so for me, I don’t make much of it. Like I said, my 1-year-old, my baby girl, she probably can’t even make out what they’re saying. And then for DJ, who can, this is what it is, man. This is what you got. And like I said before, he said he’s going to be a coach. Maybe that’s you one day that they’re yelling at like that. But you’ve seen your dad go do it. And we’re OK. We walked out of there smiling with our heads held high, me chasing him down the hallway and him having a good time. And that’s how we’re going to walk out of there on Friday.

“But I think, for me, and for him to see that, I’m actually happy he saw that. I’m actually happy he saw that. Because for the rest of his life, we will have the opportunity to talk about: ‘Do you remember when I went through X, Y and Z when you were 5? And you remember those people were saying this and saying that? Like, it’s OK. You can get through it. Ain’t no big deal.’

Green drew the ire of Celtics fans in Game 2 at Chase Center when he was involved in an on-court dust-up with Jaylen Brown and seemingly made a concerted effort to get under Boston’s skin. Thus, the TD Garden crowd let him hear it Wednesday with the series shifting to Boston, and he’ll presumably receive another earful Friday when the teams return to the parquet for Game 4.

Now, one could argue Celtics fans went a little overboard with their F-bombs. Warriors head coach Steve Kerr and guard Klay Thompson certainly felt as much after Game 3. As did Celtics legend Cedric Maxwell.

But Celtics fans are passionate, vocal and hungry for a championship. And Green isn’t holding the Game 3 chants against them, even responding on his podcast with a NSFW message of his own.

The Celtics lead the best-of-seven championship series 2-1 after beating the Warriors 116-100 in Game 3. Tipoff for Game 4 from TD Garden is scheduled for Friday night at 9 p.m. ET. 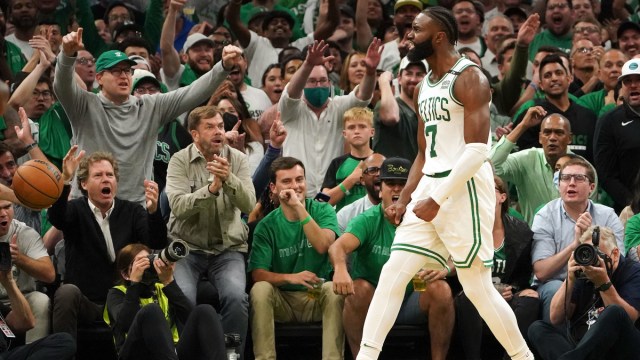 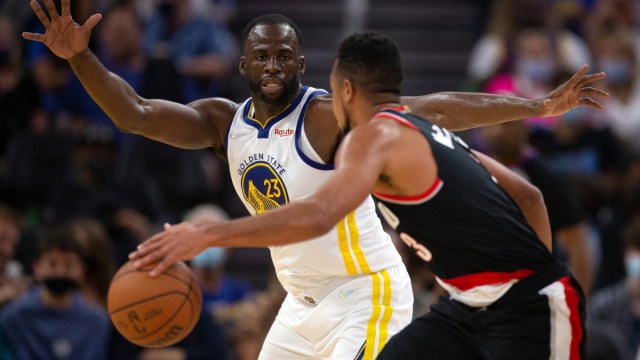