BROOKLINE, Mass. — The par-4 4th hole has given Justin Thomas some trouble throughout his first three rounds of the U.S. Open at The Country Club, but it’s fair to assume Saturday’s bogie bothered him most.

Thomas was left ranting about a United States Golf Association ruling after his third-round tee shot landed just inches from a drain pipe. He was under the impression the interference would allow him a free drop from USGA, but instead those officials told him to play the ball as it lay.

It ultimately resulted in Thomas putting his second shot into the sand trap, which then prompted a rant as he walked down the fairway.

Thomas, after shooting 2-over par 72 to put himself at 3-over 213 on the tournament, expressed his frustrations after Saturday’s round.

“It just was — to me, it was around a drain, and very clearly my stance and my ball was sitting differently than it would be if that drain was not there,” Thomas told reporters, per a provided transcript. “I called an official to get a ruling on it, and in the spirit of the game I didn’t (lie) — I wasn’t going to hit the drain. I felt like I very easily could have told her that I was going to and gotten a free drop, but I wasn’t.

“Yeah, it’s unfortunate because it was a great drive, and I had a pitching wedge in my hands, and I could only hit the ball — I only hit it 100 yards,” Thomas continued. “I mean, yeah, it’s very clear that my stance and where my ball was was altered and sitting bad because of that drain, but didn’t get a drop from it. That’s just how it is. You have to be able to hit the drain to get a drop.”

The USGA shared a statement explaining how Thomas was asked if the drain would interfere with his approach shot. Given that he didn’t lie, as he acknowledged, his answer then forced him to hit the ball where it was.

“During the discussion, (Thomas) was asked if the drain was going to interfere with his swing, to which he replied it was not,” the statement read, as shared by Golf Channel. “Because there was no interference from the drain, he was not provided relief.”

Thomas went on to bogey the 4th hole for the third time in as many days. It caused him to drop to 2-over par at the time.

The 2022 PGA Championship winner, who sits seven shots back of the lead entering Sunday’s round, will tee off at 12:17 p.m. ET. 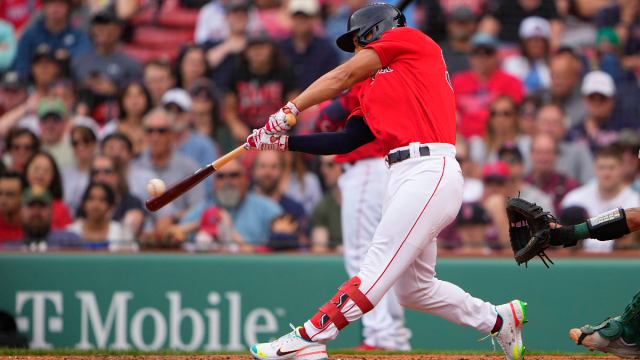