Amendola, who played for the Patriots from 2013 through 2017, winning two Super Bowls, announced his NFL retirement Monday afternoon. The 36-year-old, who went undrafted in 2009, finished his career with 617 catches for 6,212 yards and 24 touchdowns.

But Amendola’s finest seasons came as a member of the Patriots, for whom he became a tough, reliable and clutch member of Tom Brady’s receiving corps.

“Love Danny,” Belichick said Tuesday morning after being informed of Amendola’s retirement by Ben Volin of The Boston Globe. “He was a very good player for us. Had a lot of skill. Mostly played inside but could play outside. Could return. Very smart, tough, dependable. Great hands, and concentration. Good football player. Glad we had him here and he certainly was a big contributor for us while he was here. … He missed a little time, but he was out there every chance he could be. He was tough.”

Amendola also raised his game when it mattered most. During the 2017 playoffs, which ended in infamy for the Patriots, Amendola caught 26 balls for 348 yards and two touchdowns — both of which came in New England’s comeback win over the Jacksonville Jaguars in the AFC Championship Game.

In the Super Bowl LII loss to the Philadelphia Eagles, Amendola racked up eight catches for 152 yards. (Julian Edelman missed all of that season due to a torn ACL.)

“Very dependable. He was tough, he’d block,” Belichick said. “We’ve been very fortunate to have some good players at (slot receiver). You know, Troy (Brown) is as good as it could be. And you think … it’s hard to match Troy — and it is hard to match Troy, it’s really impossible — but Wes (Welker) did a great job for us. Danny came in. Julian (Edelman), Jakobi (Meyers). Guys that have played in that spot have been different, but they’ve all been productive and they’ve all brought some of the same common characteristics to the inside receiver position. It’s been a very productive spot for us through the years.

In his report about Amendola’s retirement, ESPN’s Adam Schefter said multiple teams contacted Amendola this offseason. It’s unclear whether the Patriots were one of them.

Schefter added that Amendola could pursue broadcasting, which fellow former Patriot Jason McCourty already has taken up. Of course, Brady plans to enter the profession once his playing career ends. 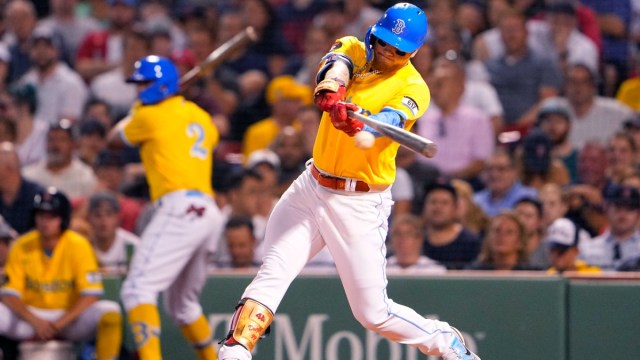 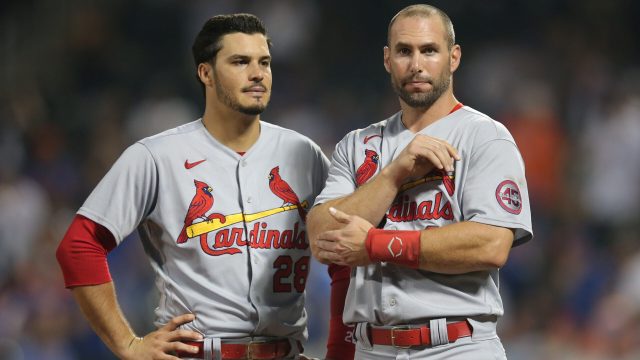 Arenado & Goldschmidt Will Miss Next 2 Games vs. Blue Jays