Red Sox slugger Rafael Devers received arguably the highest compliment a left-handed hitter can hear in Boston, and it came from the legendary David Ortiz.

“When I see Devers, it’s like I never left (the game),” Ortiz told reporters Thursday during a Baseball Hall of Fame media availability, per the Boston Globe’s Alex Speier. “He looks invincible out there.

“Devers might be one of the top-three pure hitters in the game right now,” Ortiz added.

Devers has become a legitimate superstar, and will be representing the Red Sox as the starting third baseman for the American League in the MLB All-Star Game on Tuesday. That said, Ortiz claiming that Devers’ presence makes it feel like the soon-to-be Hall of Famer never left, might be considered higher praise than an all-star honor.

Ortiz also is banging the drum for the 25-year-old to stay in Boston long term.

“I hope the Red Sox make sense of the decision they need to make with him,” Ortiz told reporters, per Speier. “We’ve got to keep him. He’s the face of the organization.”

As crazy as it sounds, there is a legitimate case to be made that Devers has filled Ortiz’s shoes. He doesn’t have the clutch postseason moments that defined Big Papi, but the slugger has some intriguing numbers that indicate those days are coming.

Devers absolutely demolishes New York Yankees ace Gerrit Cole, who could be considered the Red Sox’s biggest threat. Nobody has hit more home runs off Cole than Devers’ six. And Tampa Bay’s rising ace Shane McClanahan also has been no trouble for the Boston’s best hitter. Devers is 7-for-17 (.411) with a home run against the Rays MLB All-Star.

Devers has hit .303 with eight home runs, 26 RBIs and a .955 OPS in 26 postseason games. Much like Ortiz, the Red Sox star rakes in every situation. 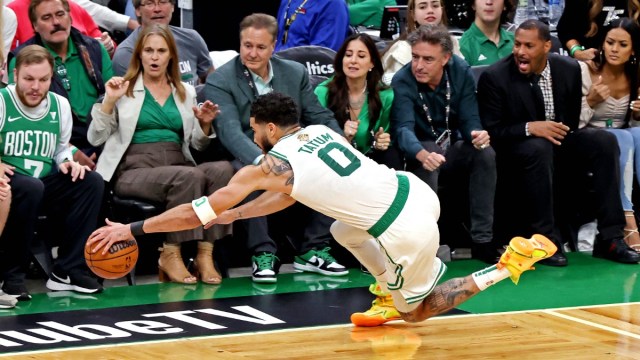 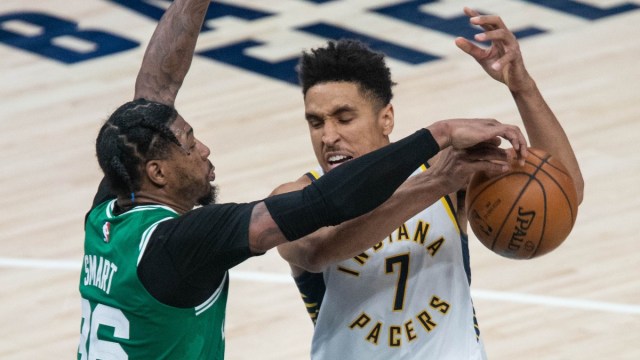