Wide receiver DeVante Parker made quite the impression during the New England Patriots first training camp practice on Wednesday.

Parker, who the Patriots acquired this offseason in a trade with the Miami Dolphins, showcased his prowess to make catches in tight spaces during the team’s red-zone drills. That’s what Parker is known for, as the 6-foot-3, 218-pound wideout used his sturdy frame to haul in three touchdown passes against rookies Marcus Jones and Jack Jones along with Terrance Mitchell.

While Parker should help the Patriots offense finish off drives once it gets into the red area, one of his teammates on that side of the ball sees the eight-year NFL veteran making a more far-reaching impact.

“It’s awesome adding a piece like that,” Patriots tight end Hunter Henry told reporters, per video on Patriots.com. “A guy that’s been around, played a long time in the league, works really hard, big body, can make a lot of plays, contested catches. Always nice to add a guy like that. Takes a little pressure off everybody else and continue to add weapons because the more weapons you have all over the place it’s hard for them to defend.”

Parker looks to cement himself as the Patriots’ go-to option in a deep wide receiver group, which also includes this year’s second-round draft pick Tyquan Thornton, who had an up-and-down showing at practice.

Parker played in 10 games last year for the Dolphins, recording 40 receptions for 515 yards and two touchdowns. That’s certainly not the statistics a No. 1 wide receiver compiles, but the 29-year-old is not far off from his 2019 campaign in which he totaled 1,202 receiving yards and nine touchdowns.

Taking Henry’s word, the early returns on Parker have been positive, but he’ll obviously need to provide the same inside Gillette Stadium and other NFL arenas, and not just on the practice field. 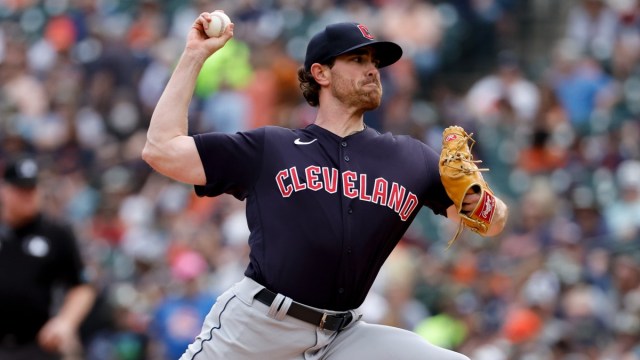 Guardians Pitcher Shane Bieber Reportedly ‘Could Be Had’ In Trade