The Patriots offense has been the biggest question mark for New England’s offseason.

The team has not named an official offensive coordinator, and through two preseason games, it has been a combination of Matt Patricia, Joe Judge, and Bill Belichick handling the offense.

Former Patriots offensive coordinator and current Raiders head coach Josh McDaniels believed Belichick has a plan when it comes to making moves for the team, and during joint practices with Las Vegas, New England’s offense has looked better.

After the final joint practice, the Patriots had some fun with Dana White at UFC headquarters, and a viral clip of Belichick wearing a UFC title belt amused NFL fans. Pat McAfee, A.J. Hawk and guest T.J. Lang reacted to the video on “The Pat McAfee Show,” and the former Indianapolis Colts punter gave his insight, reading into what fans have seen from Belichick and Mac Jones throughout preseason and training camp.

“I feel like everybody that was in the league during the Patriots dynasty is kind of conditioned to being like, ‘Yeah, Bill’s gonna figure it out. Bill will (expletive) figure it out.’ I think that’s how we all are, but I judge how comfortable and confident people are whenever — like Mac on the sideline, he seems very (expletive) comfortable during those games he wasn’t playing, looking very happy. Bill’s got a belt on, a UFC title belt, celebrating, having a moment with Dana White. If he was that (expletive) worried — you know what I mean? That’s what I’m trying to read into because I think that’s the only positive that has come out, is us saying Mac looks comfortable. Bill looks happy.”

Despite the questions around the offense, the defense has been the highlight of the preseason and in joint practices. But as McAfee noted, many around the league, like McDaniels, believe Belichick will figure something out and are not willing to look silly doubting the Patriots. 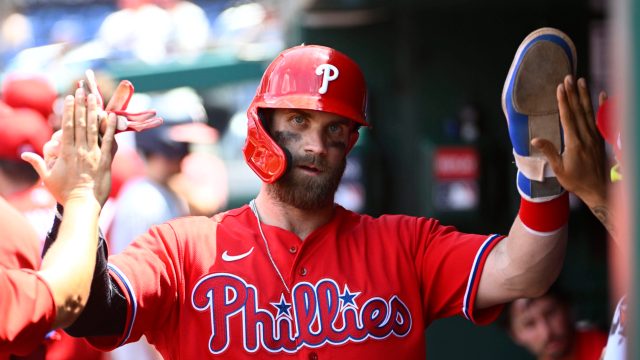 Phillies OF Bryce Harper to Be Activated From IL On Friday