The first month of the 2022 Patriots season is starting to feel a lot like the early portion of the 2021 campaign.

Last year, New England began its season with a loss to the Miami Dolphins, a win over the New York Jets, and losses to the New Orleans Saints and Tampa Bay Buccaneers. Before the Jets and Saints games, we pointed out how unlikely it was for teams to make the NFL playoffs after starting 1-3. Entering 2021, 473 teams had been 1-3 through four weeks, with only 41 eventually making the playoffs (good for about 8.7%), according to SportRadar. Of course, the Patriots beat the Jets and started the season 1-3 but wound up backing into the postseason.

They, and two other teams, helped boost that figure to just over 9% by the end of last season.

But here’s the thing: That Jets game essentially was a scheduled victory. There are no such cupcakes in the first month of New England’s 2022 schedule, with the Dolphins (who beat the Patriots on Sunday), Pittsburgh Steelers, Baltimore Ravens and Green Bay Packers all representing very difficult matchups. The Steelers have a bad quarterback leading their offense and just lost one of the NFL’s best defensive players, but they are a significantly tougher Week 2 road opponent than New York was in 2021. Say what you want about Mitch Trubisky, but he just beat Joe Burrow and the Cincinnati Bengals on the road in Week 1.

So, an 0-4 start for the Patriots absolutely is on the table this year. Never mind the fact that New England currently looks like an even worse version of the team that limped to the finish line last season, and the final month of its schedule is brutal.

As you might expect, there’s not a long history of 0-4 teams making the playoffs. And by that, we mean it almost never has happened.

Entering this season, 227 NFL teams have gotten off to 0-4 starts. Only one, the 1992 San Diego Chargers, defied the odds and went on to qualify for the playoffs, according to SportsRadar. That amounts to a whopping 0.4%. These are the kinds of numbers that have entered the Patriots conversation in the post-Tom Brady era.

Moreover, the Patriots in 2021 were bailed out by a soft middle portion of the schedule. The alleged easy stretch this time is a Weeks 5-8 lineup featuring the Detroit Lions, Cleveland Browns, Chicago Bears and Jets. New England in theory should win those games, but can you really rule out losses? The Dan Orlovskys of the world clearly are more impressed with the Lions than they are with the Patriots, and the Bears just beat the San Francisco 49ers. The Browns have a ton of talent on both sides of the ball and we’ll see how the Jets look if Zach Wilson is back under center.

The point being: You currently can’t cancel the Patriots in for any automatic victories. They’re closer to the Lions than they are the Buffalo Bills.

However, Sunday’s game in Pittsburgh isn’t just about overall win-loss records and what they mean for playoff odds. It’s also about tiebreakers.

During the Brady years, tiebreakers only were relevant to figure out New England’s chances of landing home-field advantage. These days, as we saw in 2020 and 2021, they play a key role in whether the Patriots even make the postseason.

When you’re a middle-of-the-road team, as the Patriots now are, things such as head-to-head records, in-conference records and common-games records can mean everything.

New England had the best in-conference record of all AFC teams entering Week 15 last season. Bill Belichick’s team went 1-3 in its final four games, all against AFC opponents, while the Las Vegas Raiders finished the season with a 4-0 run against conference foes. Consequently, the Patriots, once flirting with the AFC’s top seed, finished with the same in-conference record (8-4) as the Raiders. Because the two teams didn’t play each other in 2021, their seedings were determined by common-games records. Las Vegas won that tiebreaker and, as a result, earned the No. 5 seed with New England dropping to No. 6. The Patriots then were stuck with a wild-card matchup against the Bills, who completely destroyed them.

Oh, and had the Patriots, who finished 10-7, lost one additional game throughout the season, they would’ve missed the playoffs entirely and finished behind both the Dolphins and Colts in the overall standings, due to going a combined 0-3 against Miami and Indianapolis.

Are we getting ahead of ourselves? Probably. But we couched a similar take last season and look what wound up happening. The Patriots easily could be jockeying for playoff position with the Dolphins and Steelers by the end of the year; starting 0-2 against those teams would deal a big, early blow to their postseason chances. 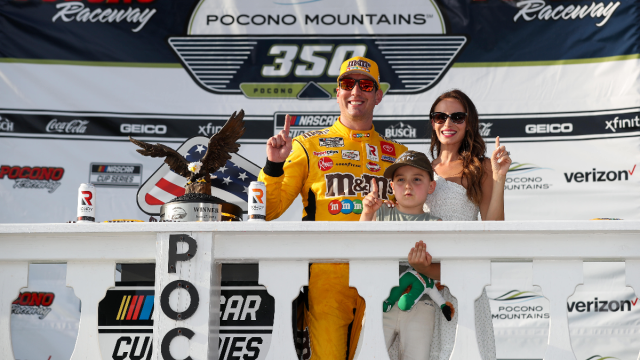 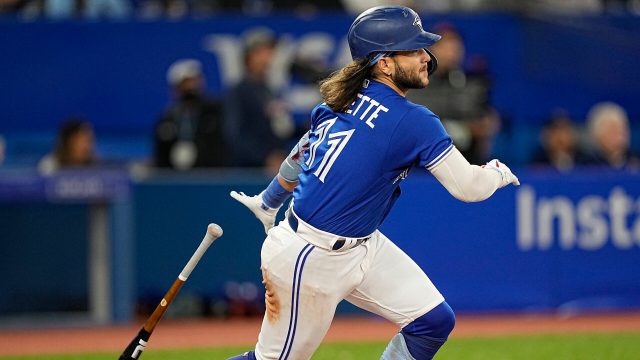