The Bruins have a slew of storylines surrounding them going into the 2022-23 NHL season, but one of the bigger ones is the status of David Pastrnak’s contract.

The Boston forward is entering the final year of his deal and can become a free agent after the season. General manager Don Sweeney said over the summer that negotiations were “ongoing” but didn’t have a timeline on when a deal would get done.

Pastrnak spent most of his summer in Europe but joined his Bruins teammates Friday at Warrior Ice Arena for captains’ practice. The 26-year-old was asked about his contract and where things stood.

“Honestly, I know there’s been contact between (Sweeney) and my agent but for me, I always said I haven’t had a normal summer in a couple years. So, my biggest thing was to get prepared for the season physically wise, mentally wise,” Pastrnak told reporters, per video provided by the Bruins. “It hasn’t been easy but the motivation this year was through the roof compared to the last couple years. I had hip surgery (in 2020) and even last year was tough. Finally this summer I’ve been able to work really hard and focus a little bit on my game and that was my main focus. We have agents to worry about this stuff and the player can stay focused.

Pastrnak and his girlfriend, Rebecca Rohlsson, announced the tragic death of their 6-day-old son last summer. He was emotional speaking on it at the end of last season noting it was a “tough year.”

The couple has made Boston their home, but Pastrnak’s biggest focus is getting ready for Opening Night — especially with the Bruins being down Brad Marchand, Charlie McAvoy and Matt Grzelcyk to start the season.

“Yeah, obviously we love it here. This is our home. This is where I became a man. Spent unbelievable years with Rebecca and we are really happy here,” Pastrnak said. “My focus is, moving forward to be ready for Game 1. We’re gonna be missing some key players and I have to be on my game from the get-go. That’s my biggest focus. … I can’t wait to get going and play some hockey.”

When asked if it was a priority of Pastrnak’s to remain with the Bruins, he didn’t hesitate to answer.

“Yeah, of course. This city is where I got the chance to become the player I am, to become the human being I am. Boston, the organization is an unbelievable part of it. I came here as a kid and now I’m a man. I’m extremely happy. A lot of great memories. I’ve said many times I love it here and it’s an honor to wear this jersey.”

While there’s no timeline on exactly when a deal between the Bruins and Pastrnak could be finalized, fans should at least feel a bit more confident after Pastrnak’s comments. 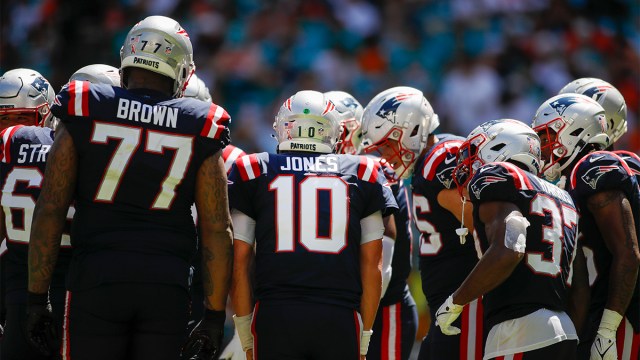