FOXBORO, Mass. — The wide receiver the Patriots thought they were acquiring this offseason finally arrived Sunday.

After totaling just one catch for 9 yards over the Patriots’ first two games, Parker was a big-play machine against Baltimore, pulling down receptions of 40, 36, 31, 25 and 24 yards from quarterback Mac Jones one of the most productive outings of his eight-year NFL career.

“Mac was just putting the ball in the right spot,” Parker said after the game. “I’m just in the right area at the right time. I’m just coming down with it, making plays. Just doing what I can to help the team.”

Parker accounted for the Patriots’ three longest gains and five of their six longest in the home defeat, discovering the deep-ball success that eluded him and Jones in Weeks 1 and 2.

On New England’s first offensive snap, Jones hit Parker down the middle for a catch-and-run strike that picked up 31 yards, beating rookie cornerback Jalyn Armour-Davis. Parker bested Armour-Davis again later in the first quarter, hauling in a rainbow from Jones that gained 40.

Two plays into the second half, Parker fought through a defensive holding penalty to haul in a 36-yard bomb between two Baltimore defenders.

Two plays after that, he showed excellent concentration and body control on a back-shoulder throw from Jones, tapping both feet down in bounds near the Ravens’ goal line. According to NFL Next Gen Stats, the 25-yard hookup was the most improbable completion of the last two seasons, carrying an completion probability of just 7.4%.

Parker’s fifth and final reception was a diving 24-yarder that sparked a fourth-quarter touchdown drive. The 29-year-old, who came over from Miami in an offseason trade, finished with 156 receiving yards, the highest total by a Patriots player since Week 9 of the 2020 season (Jakobi Meyers, 169) and the second-highest of Parker’s career.

“With or without the ball, I know what kind of player he is,” Agholor said. “I practice with him every day. That was an example for everybody else that felt some type of way to see he’s a dynamic player — wins his matchups, can make great plays. I’m happy he had that type of game today so those who didn’t believe can see he can go.”

Parker’s banner day helped Jones set a new career high with 321 receiving yards even with Meyers — New England’s top receiver for the past three seasons — sidelined with a knee injury. But cracks in their connection remained.

Two of Jones’ passes to Parker were intercepted, upping that total to four on the season. Both came in the second half, and one occurred in the end zone, with Parker appearing to run a different route that Jones was expecting. The Patriots trailed by just five at the time, and that “miscommunication,” as Parker called it, prompted a profane sideline tirade from the second-year QB.

Asked Monday if he saw any commonalities in the four Jones-to-Parker picks, head coach Bill Belichick replied: “No.”

It could be a while before those fixes are made, however. Jones suffered a reported high ankle sprain on the Patriots’ final offensive play that could sideline him for multiple weeks, meaning Parker could be catching passes from Brian Hoyer or Bailey Zappe for the foreseeable future.

“Brian Hoyer, he’s a leader, and he’s a vet,” Parker said postgame. “He knows the defenses. He’s seen it all. So I just think, if anything happens, he’ll just come out and do what he can to help the team.” 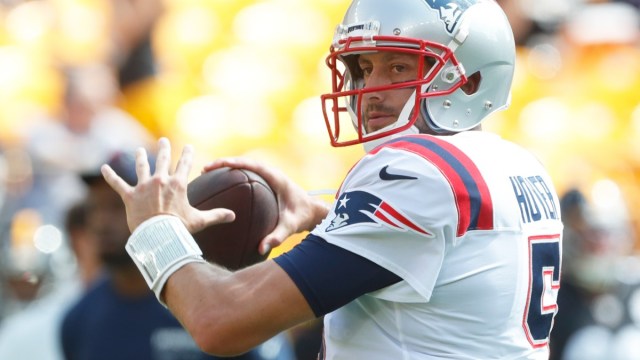 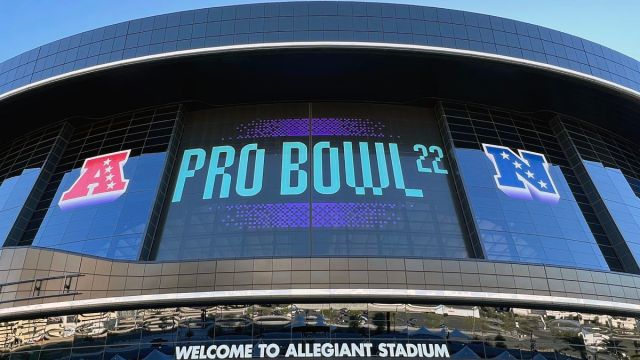