FOXBORO, Mass. — The New England Patriots lost their 2022 home opener on Sunday. And they might have lost their starting quarterback in the process.

Mac Jones suffered what the team called a leg injury during the final minutes of New England’s 37-26 loss to the Baltimore Ravens at Gillette Stadium. He had to be helped to the locker room, with a look of anguish on his face as he was carried away from the field.

As of Sunday evening, the severity of Jones’ injury had yet to be determined. X-rays on the affected area came back negative, according to multiple reports, but he will undergo an MRI on Monday to ascertain whether he suffered a high ankle sprain when Ravens defensive lineman Calais Campbell landed on him on the Patriots’ final offensive snap.

That uncertainty was evident in Patriots players’ postgame reactions to Jones’ injury. A sampling:

Outside linebacker Matthew Judon: “Mac is a hell of a quarterback. We don’t know what happened. (But) I’m riding with 10. We have to play in the parking lot, we play at Gillette, whatever. I’m riding with him.”

Wide receiver Nelson Agholor: “First of all, I don’t know the severity of his injury, and I’m not going to speak on that. I just hope he’s OK, and we’ll figure it out when they let us know.”

Wide receiver DeVante Parker: “Hopefully, everything is all right with him. We just have to get it going. Next man up.”

Safety Devin McCourty: “Obviously playing quarterback in this league, you take some hits. It’s tough. You ask level of concern. I have no idea because I know if he has something he can go and play with, he’s going to play with it. We’ll have to see what it is and go from there as a team. I think we’ll continue to rally around him. I think we’ve always talked about it my whole time here, it’s always the next-man-up mentality if it comes to that. We’ll wait and see what Monday and Tuesday look like. We’ll get ready to go Wednesday for next week.”

Running back Damien Harris, Jones’ close friend and former Alabama teammate, said he briefly spoke with the QB after the game. He wouldn’t share any details about their conversation or the injury but said Jones is a “very tough” player.

“What happened with Mac, obviously it’s an unfortunate situation,” Harris said. “(And) a couple other guys get banged up in the game. When you put it all together, obviously it’s not a great feeling walking off the field with a loss and a couple of your guys getting hurt. But we’ve got another challenge this week coming up, and we’ve just got to get ready for that.”

The Patriots will visit the Green Bay Packers next Sunday. If Jones, who threw for a career-high 321 yards but tossed three second-half interceptions against Baltimore, cannot play in that game, his replacement likely would be journeyman Brian Hoyer, a 14-year veteran who’s logged three separate tours in New England.

Hoyer has been an important mentor for Jones and has posted solid numbers in mop-up duty over the last two seasons (9-for-11, 227 yards, one touchdown, no interceptions across five relief appearances), but the 36-year-old has not started a game since Week 4 of the 2020 campaign, when he stepped in after Cam Newton tested positive for COVID-19. Hoyer struggled in that game — a 26-10 road loss to the defending champion Kansas City Chiefs — and was benched for Jarrett Stidham in the second half. He subsequently was demoted to third string for the rest of the season.

That was one of just two starts Hoyer has made over the last five seasons. Despite that recent track record, Patriots players unanimously voiced their confidence in Jones’ backup.

“I pray Mac’s OK,” wide receiver Kendrick Bourne said, “but next man up, and I think Brian’s a natural leader.”

Fourth-round rookie Bailey Zappe rounds out the Patriots’ quarterback depth chart. The Western Kentucky product has been a healthy scratch for each of the Patriots’ first three games. 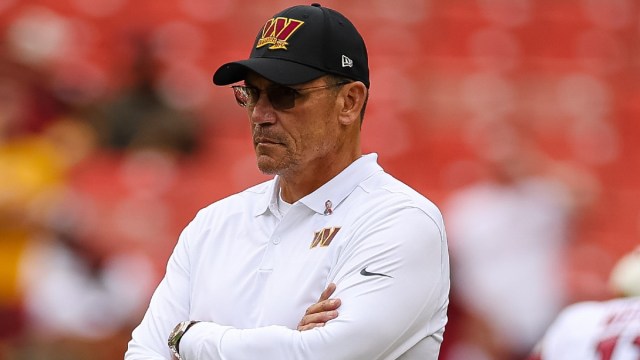 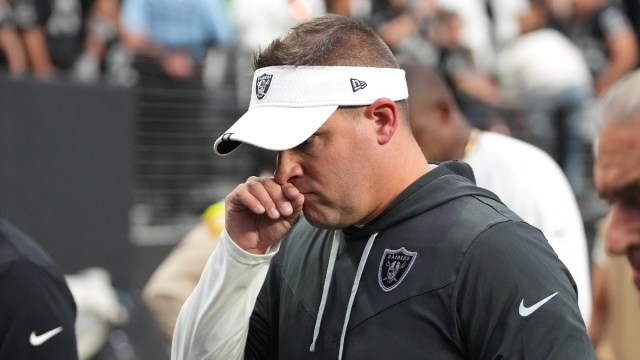