Although WWE isn’t on the road to WrestleMania 39 just yet, our GPS indicates it’s fast approaching. And this might soon be reflected in on-air storylines starting to build toward matches that’ll take place at The Showcase of the Immortals.

WWE recently held its annual Survivor Series premium live event — this time, with a “WarGames” twist — and we’re about four months away from WrestleMania 39, a two-night extravaganza scheduled for April 1 and April 2 at SoFi Stadium in Inglewood, Calif. The upcoming ‘Mania promises to be a star-studded affair — after all, the tagline is “WrestleMania Goes Hollywood” — thus we should expect WWE to pull out all the stops.

It’s worth noting, too, this is the first WrestleMania without Vince McMahon pulling the strings, as the former chairman and CEO announced his retirement in July. Paul Levesque, also known as Triple H, now is in charge of WWE’s creative direction. He faces both a unique challenge and a massive opportunity.

Obviously, a lot can — and almost certainly will — change in the coming weeks and months. The Royal Rumble premium live event, scheduled for Jan. 28 at the Alamodome in San Antonio, Texas, will go a long way toward crystalizing WWE’s WrestleMania plans. But who wants to wait that long?

Here’s our way-too-early prediction for what the WrestleMania 39 match card will look like.

NIGHT 1
The Usos (Jey Uso + Jimmy Uso) vs. Sami Zayn + Kevin Owens (WWE Undisputed Tag Team Championship)
Sami Zayn’s inclusion in the Bloodline has been WWE’s most fascinating storyline in years. And while The Usos ultimately aligning with Zayn over Roman Reigns would make for great theater, this probably is the more likely path after Kevin Owens feuds with The Tribal Chief.

Rey Mysterio vs. Dominik Mysterio
Few things to consider, though: Rey Mysterio has been in a walking boot. There’s a real question as to whether he wants to wrestle his son, at least prior to a retirement match. And there have been rumors of Dominik Mysterio building toward a ‘Mania match with Bad Bunny.

Tyson Fury vs. Logan Paul
Total wild card here. But we’re building off the real-life boxing feud that exists between Logan Paul’s brother, Jake Paul, and Tyson Fury’s brother, Tommy Fury. Of course, this would require cooler heads to prevail, but hey, there’s money to be made. And I’m not the only one floating the idea.

Rhea Ripley vs. Beth Phoenix (with Edge’s career on the line)
The score isn’t settled between Edge/Beth Phoenix and The Judgment Day, after the way everything played out at Extreme Rules in October. So, we’re probably going to get this match at some point. Why not WrestleMania, with a stipulation added to raise the stakes?

Bobby Lashley vs. Drew McIntyre vs. Braun Strowman (WWE United States Championship)
Honestly, just don’t know what to do with these three. But their names carry enough weight. They’ll be involved somewhere, somehow.

Bray Wyatt reveals/confronts “Uncle Howdy”
Bray Wyatt probably will face LA Knight at the Royal Rumble. After that? Who knows. But see, the thing is Wyatt doesn’t even necessarily need a pre-planned match to generate buzz. He’s over with fans more so for his aura than his in-ring work. And we know his entrance will be on point.

Austin Theory vs. John Cena
WWE seemingly is teasing this match, with Theory referring to himself as “The Now” — a possible play on John Cena’s “The Time Is Now” theme song. And it certainly would help boost Theory’s stock moving forward, if WWE executes the storyline correctly.

Bianca Belair vs. Charlotte Flair (WWE RAW Women’s Championship)
Bianca Belair is electric. She always rises to the occasion on the big stage. And Charlotte Flair is one of the most accomplished women’s wrestlers of all time, with the added allure of just returning (assuming she does). Plus, Belair has beaten all of The Four Horsewomen (Sasha Banks, Bayley, Becky Lynch and Charlotte Flair), except for one. Guess who she hasn’t defeated.

NIGHT 2
Sasha Banks + Naomi vs. Damage CTRL (Dakota Kai + IYO SKY) (WWE Women’s Tag Team Championship)
Maybe they position this as an open challenge, with Sasha Banks and Naomi finally making their much-anticipated returns to WWE. That surely would result in a huge pop to start the second night.

Randy Orton vs. Matt Riddle (retirement match)
Randy Orton’s availability is in question, as he reportedly underwent a spinal fusion. But if he returns, a feud with Matt Riddle — his tag-team partner in RK-Bro — is the logical next step. And maybe this will be The Viper’s last hurrah, hence the added stipulation.

Ronda Rousey vs. Becky Lynch (WWE Smackdown Women’s Championship)
Pretty straightforward. The WWE Universe really seems to have soured on Ronda Rousey. To combat that, WWE should lean into making her as hated as possible in an angle with Becky Lynch, a white-hot babyface.

The New Day (Kofi Kingston + Xavier Woods) vs. The Judgment Day (Finn Balor + Damien Priest)
Same deal as the aforementioned match featuring The Brawling Brutes and The O.C — only this involves a greater contrast in styles. The real payoff would be if Big E is able to return, in some capacity, to even the numbers game when Rhea Ripley and Dominik Mysterio inevitably get involved.

Brock Lesnar vs. Gunther (WWE Intercontinental Championship)
This feels fresh and could be an absolute war. The Beast needs a new dancer partner, and he’s never held the IC title.

Miz TV segment with TBD
Vague? Yes. But you know The Miz will be involved somehow, with his versatility being a huge asset as WWE looks to incorporate celebrities into the event.

LA Knight vs. Pat McAfee
Imagine the battles these two could have on the mic.

Seth Rollins vs. Cody Rhodes
Rhodes, who’s been sidelined since suffering a torn pectoral muscle, is widely considered the favorite to win the Royal Rumble match and thus a championship opportunity at WrestleMania. But there’s still unfinished business between him and Rollins. Perhaps their feud culminates with one more showdown, with a stipulation TBD.

Roman Reigns vs. The Rock (WWE Undisputed Universal Championship)
Speaking of the Royal Rumble match, there’s been rumors about The Rock potentially entering at No. 30 and winning to set up a showdown with his real-life cousin, Roman Reigns, at WrestleMania 39. Not sure whether that’ll be WWE’s exact game plan — it’s kinda cookie cutter — but Reigns defending his “Head of the Table” status against The Rock on wrestling’s biggest stage feels inevitable. And there’s really no time like the present, both with Reigns reaching his apex in popularity and the event taking place in Hollywood. 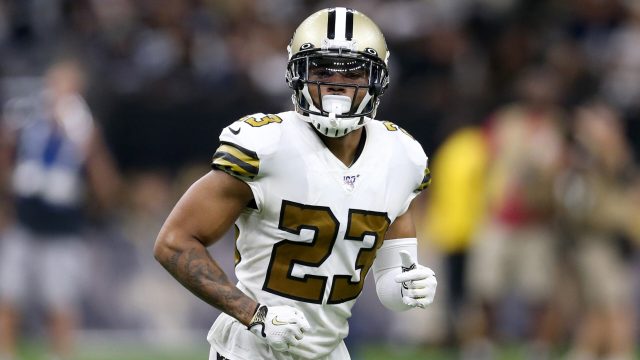 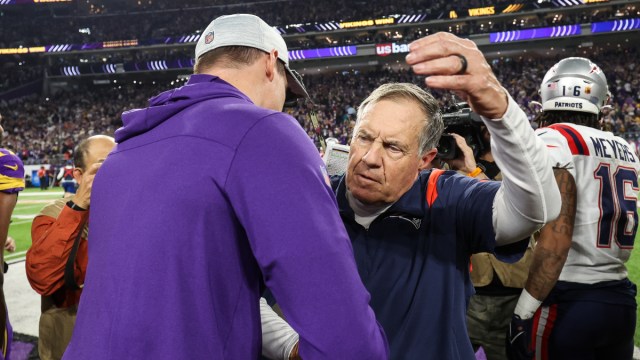