The COVID-19 pandemic has brought several rule and procedure changes to the NFL. One notable adjustment is if an NFL team carries more than 80 players, they’ll need to work with split squads during training camp.

The New England Patriots were the first team to get out ahead of this measure by trimming their roster to 80 players over a week ago. Eight Patriots players have opted out for the 2020 NFL season since that point, and the Patriots only have brought back two players. Their roster currently stands at 74 players while they typically have 90 at this point in the summer in a normal year. The Patriots have the lightest roster in the NFL while four other teams currently have just 77 players. The Patriots also haven’t seen their roster reduced by any COVID-19 cases. Players who are placed on reserve/COVID-19 don’t count against the roster. The Patriots are one of just five teams who have yet to report a positive case.

The Patriots also have three players on the physically unable to perform list, so they only have 71 players capable of practicing.

It’s entirely possible that the Patriots could add six more players to fill their “80-man” roster by the time they start practicing for real on Aug. 12. But they are running out of time. If the Patriots elect to sign a player, he must undergo four days of COVID-19 testing before he’s allowed in the facility. Patriots players are allowed to currently undergo strength and conditioning and attend meetings and walk-throughs. So, while there are no current practices, any player who could eventually be signed is missing important learning sessions.

More Patriots: No Excuses Made Over Lack Of Preseason Games

That being said, if the Patriots are happy with who is left on their current roster, there are some advantages to keeping a lower number of players this summer. First, there are fewer players to monitor, keep safe and test in the middle of a pandemic. The Patriots are decreasing the chances of a player testing positive by keeping a lower roster. NFL facilities had to adjust and develop new spaces for players as the capacity in locker rooms is reduced due to social distancing. If there are fewer people in the building, then players can, in theory, maintain physical distance easier.

Training camp also has been reduced to 14 days, and there will be no preseason games. So, while the Patriots typically would have more than a month and four preseason games to evaluate their roster, this year that timespan has been shortened significantly. By rostering fewer players, the Patriots will be able to get a longer look at who is left on the team. That means that rookies and roster bubble players actually will have a better shot at making the team than they have in the past because there’s less competition.

If Patriots players start testing positive for COVID-19, then a reduced roster could become a major issue, however. One positive test could quickly spread into an outbreak, as the Miami Marlins proved in Major League Baseball. The Patriots would need to scramble, find players to sign and wouldn’t be able to get them in the building for several days.

So, while there certainly are advantages to keeping a reduced roster, there are certain risks involved, as well. It will be interesting to see if the Patriots fill their roster before training camp officially starts. So far, they’ve been in no rush to bring new players to Gillette Stadium despite the highest number of opt-outs in the NFL. 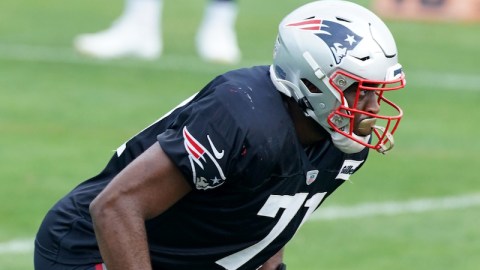 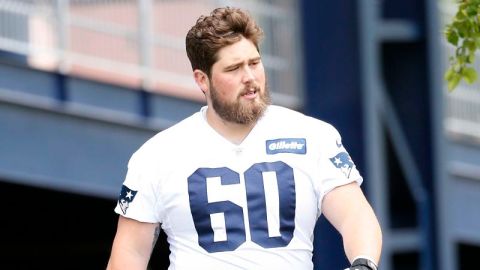 This 2019 Patriots Draft Pick Could Play Important Role Vs. Raiders In Week 3

Patriots Mailbag: Will Josh Uche Be An In-House Fix To Defensive Issues?