Raiders Plan To Keep Patriots Guessing With This Key Matchup In Week 3 - NESN.com Skip to content

The top priority for the New England Patriots’ defense this Sunday will be limiting Darren Waller, the Las Vegas Raiders’ stud tight end.

Jon Gruden plans on making that as difficult as possible.

The Raiders head coach was asked Wednesday about New England potentially using top cornerback Stephon Gilmore to cover Waller, who ranks second among all NFL pass-catchers in both receptions and targets through two games.

“If they can find him,” Gruden replied during a conference call with New England reporters. “We’re going to move Waller around, too, so it’ll be fun to match up with him. It’s always a challenge. We’ve got a great amount of respect for Stephon Gilmore, Bill Belichick and their staff.”

Waller was by far Las Vegas’ most dangerous receiving threat during Monday night’s upset of the New Orleans Saints, catching 12 passes on 16 targets for 103 yards and a touchdown. No other Raiders player saw more than three targets from quarterback Derek Carr.

How the Patriots plan to slow Waller down is one of the biggest questions entering Sunday’s Week 3 matchup at Gillette Stadium.

They could use second-year defensive back Joejuan Williams, a converted corner who now seems to specialize in covering tight ends. Athletic rookie safety Kyle Dugger is another option. He matched up against Greg Olsen on a handful of snaps in Sunday night’s loss to the Seattle Seahawks. And then there’s Gilmore, who typically covers wideouts but has fared well against the likes of Zach Ertz and Travis Kelce in recent years.

“I’m sure I say the same thing everybody says: (Belichick) is the best coach.” Gruden said. “He’s going to have a plan for you. What you saw last week is not probably what you’re going to see on game day, so you’ve got to be able to counter that and balance that in your own way. … It’s going to be a challenge.” 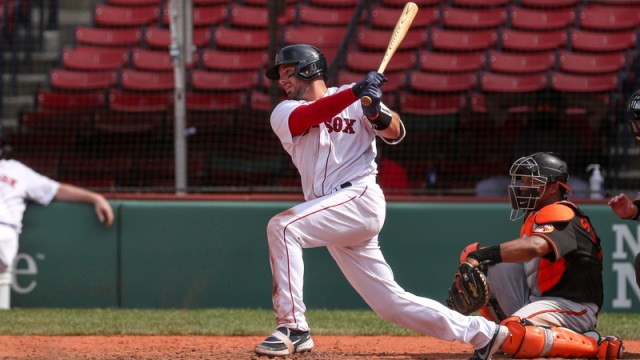 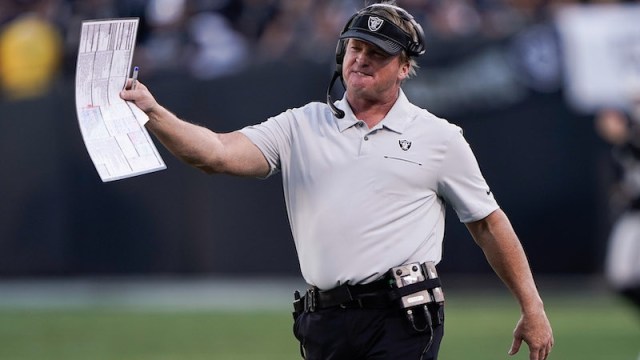