One such instance came last December, against the team the Chiefs will host this Sunday: the New England Patriots.

Though it was overshadowed by a brutal offensive showing and a couple of controversially disallowed Patriots touchdowns, New England’s defense largely limited Mahomes and Co. in the most recent meeting between these two AFC powers.

The Chiefs scored 23 points overall and just three in the second half. They found the end zone just twice on 11 possessions — one of which started at New England’s 35-yard line — and scored fewer than three touchdowns in a Mahomes start for just the fourth time. Mahomes connected with speedster Mecole Hardman on a 48-yard score in the second quarter but was held to just 57 passing yards after halftime.

The Patriots lost 23-16 after their final drive stalled on the Chiefs’ 5-yard line. The 23 points are tied for the second-fewest any Kansas City opponent has allowed during Mahomes’ starting tenure.

Can New England replicate that success this Sunday at Arrowhead Stadium? The simple answer: It’s possible, but not likely.

Filling those voids now are a collection of young talent, veteran newcomers and 2019 role players: Chase Winovich, Shilique Calhoun and Derek Rivers on the edge; Byron Cowart and Deatrich Wise on the D-line; Ja’Whaun Bentley at linebacker; Adrian Phillips, Kyle Dugger and Joejuan Williams in hybrid defensive back roles. The only position group that remains largely unchanged is cornerback, though Jonathan Jones and Jason McCourty are playing more safety than they have in the past.

Veteran safety Devin McCourty has faced this explosive Chiefs offense four times in the last three seasons, the first three of which were shootouts (42-27, 43-40, 37-31). He said the new-look Patriots have “good confidence” entering this latest clash.

“I think we go into every game confident that we can go out there and play,” McCourty said Wednesday in a video conference. “And I will say this is no different. We’re not going into the game scared to death of how we’re going to do this, how we’re going to do that, we’ve got no shot. We’re not going in with that mindset. But I would also say because we beat them in the past or had tight games with them, that’s not giving us this confidence of like, we’ve done it before, we’ll be good.

“Like, we know we know what it takes to go out there and have a good game against them. And we know how hard that is to do for a whole game, play in and play out. We know we’ve played this team where we’re holding them, and in the fourth quarter (they) explode for 20-something, 30 points. We’ve been in those situations, too.”

A potential X factor this week is first-year Chiefs running back Clyde Edwards-Helaire, who’s looked like an Offensive Rookie of the Year front-runner through three games.

One thing KC’s offense did not have when it visited Gillette last season was a viable rushing attack. Damien Williams was hurt for that Week 14 matchup, so the Chiefs’ top back was a past-his-prime LeSean McCoy. McCoy finished with just 39 yards on 11 carries, and the Chiefs averaged less than 3 yards per rush.

Edwards-Helaire ranks sixth in the league in rushing yards and has shown legit receiving chops, too, catching 11 passes on 14 targets for 102 yards over his last two games.

“(He’s) guy that can do it all,” Patriots inside linebackers coach Jerod Mayo said this week. “He can catch the ball out of the backfield, he has great balance, great quickness inside. I mean, he?s a dangerous threat and definitely a good piece of that offense. He’s going to be a challenge for all of us up front and also in the back end. He’s a good player.”

The Patriots’ defense has not been stout against the run this season, allowing 5.1 yards per carry against Seattle and 5.7 per rush against Las Vegas.

The Chiefs hung 34 points on the Houston Texans and Baltimore Ravens in Weeks 1 and 3, respectively — the latter featuring a sublime five-touchdown performance from Mahomes — but struggled to score points against the Los Angeles Chargers in Week 2, needing a 58-yard field goal in overtime to escape with a 23-20 win.

“So each guy that’s going to take the field on Sunday for us on defense is going to have to show up and do their job at a high level.” 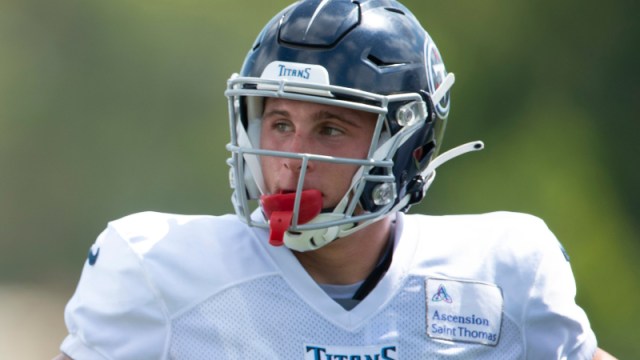 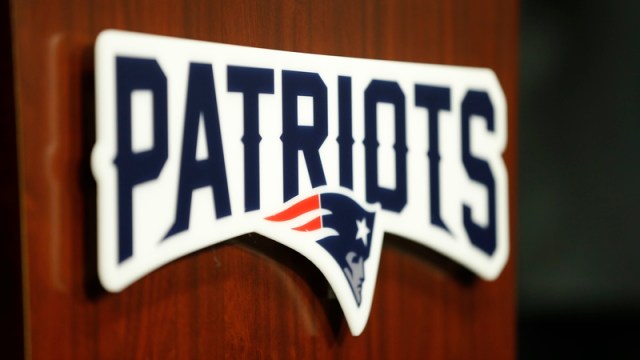