What Patriots Can Learn From How Bills Rejuvenated Their Offense - NESN.com Skip to content

The Buffalo Bills boast one of the NFL’s most explosive offenses. That wasn’t the case a year ago.

The 2019 Bills were mediocre offensively. They averaged fewer than 20 points per game. Josh Allen was still an inexperienced quarterback prone to baffling decisions. Buffalo rode an elite defense to a playoff berth, winning a bunch of low-scoring rock fights along the way.

This year’s Bills are different. They’re scoring nearly 10 more points per game (29.1). Allen has developed into a Pro Bowler and NFL MVP candidate. Their passing attack, perennially one of the league’s weakest, now ranks fifth in yards per game and sixth in yards per attempt.

“Offensively, they’re at the top of the league in just about every category, starting with scoring,” Bill Belichick said last week as his New England Patriots prepared to host the Bills on “Monday Night Football.”

Here’s a look at just how much Buffalo’s offense has improved since last season:

How have they done it? More consistent and responsible play from the ascendant Allen certainly has helped. But he’s benefited tremendously from arguably the NFL’s most important offseason addition: wide receiver Stefon Diggs.

Diggs, acquired from the Minnesota Vikings for a first-round draft pick and two late-rounders, has been nothing short of sensational in his first season in the AFC East. The 27-year-old entered Week 16 ranked first in the NFL in receptions (111) and third in receiving yards (1,314). He’s a true No. 1 wideout — a top-five player at his position — and his presence has completely transformed the Bills’ offense.

Beyond his own receiving production, Diggs’ arrival also has bumped Cole Beasley, John Brown and rookie Gabriel Davis into more natural roles as Nos. 2/3/4 options, giving the Bills a deeper and more balanced wideout stable. Brown, Buffalo’s top target in 2019, has been slowed by injuries this season, but Beasley is enjoying a superb year in the slot, setting career highs in catches (79) and yards (950) with two games remaining.

?(Diggs) has helped it a lot,? Belichick said. ?He?s the leading receiver in the league. He?s targeted a lot. He?s made some great individual plays. At times, he?s gone up and taken the ball away from defenders — plays that you think are going to be incomplete passes, and he ends up with the ball. … He?s added a lot to that team.?

Belichick’s Patriots reportedly were in the running for Diggs last offseason, speaking with the Vikings about the then-disgruntled receiver before he was dealt to Buffalo. New England ultimately opted not to make any major moves at wideout, signing two cheap free agents in Damiere Byrd and Marqise Lee (who later opted out of the season) and ignoring a loaded crop of draft prospects at the position.

The hope, evidently, was that N’Keal Harry would take a significant Year 2 leap, Mohamed Sanu would look more like the player he was in Cincinnati and Atlanta, and Julian Edelman would remain healthy and productive. None of those things happened.

Harry is averaging 2.5 catches and fewer than 25 yards per game. Sanu was cut in training camp. Edelman limped his way through the first six games, landed on injured reserve and hasn’t played since. Byrd and especially Jakobi Meyers have had solid seasons, but neither is the caliber of player a team wants spearheading its receiving corps.

New England ranks 20th or worse in each of the eight aforementioned offensive categories, including sixth-to-last in points per game.

The list of problems with this 6-8 Patriots squad is a long one — erratic quarterback play, zero production from the tight end position, major issues in the defensive front seven, etc. — but finding a legitimate No. 1 receiver needs to be near the top of their offseason to-do list.

Fortunately for New England, this year’s crop of impending free agents includes several players who would fit that profile (or at least be upgrades over their current options). Chicago Bears star Allen Robinson is the headliner, followed by the likes of Chris Godwin, Kenny Golladay, JuJu Smith-Schuster and Will Fuller. Further down the list are names like Corey Davis, T.Y. Hilton, Marvin Jones, Curtis Samuel, Keelan Cole and Nelson Agholor.

The Patriots rarely shell out big money for wideouts — Robinson probably will be out of their preferred price range — but they are projected to enter the spring with roughly $60 million in salary cap space, fourth-most in the league. They have the resources to improve this position group — and they need to.

The Bills’ offensive explosion is proof of how valuable a real No. 1 pass-catcher can be. If the Patriots want to rebound from their worst offensive campaign in two decades, they can’t continue operating without one. 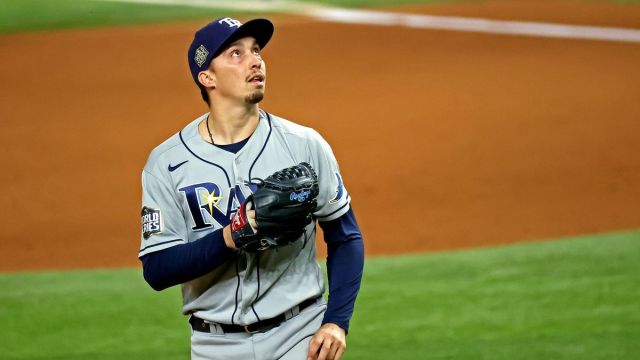 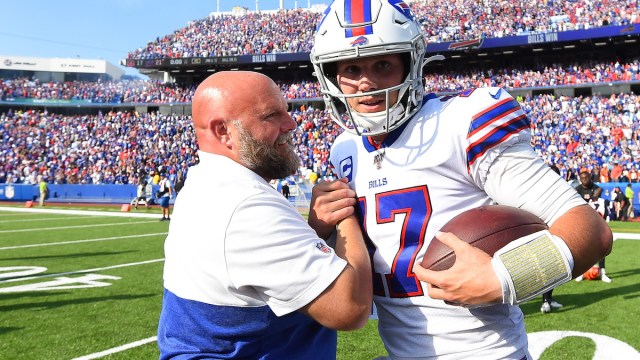