The New England Patriots officially are on to 2021.

The Patriots wrapped up their 2020 season Sunday with a 28-14 win over the New York Jets at Gillette Stadium. They now can shift their focus to the most important offseason of Bill Belichick’s coaching tenure.

New England’s first order of business will be making decisions on its 23 internal free agents — a group that is headlined by starting quarterback Cam Newton.

OFFENSE
Cam Newton, quarterback
Perhaps Newton’s Patriots tenure would have turned out differently if he’d had a full offseason/preseason to learn the offense and a more-talented collection of pass catchers around him. Regardless, the Patriots fielded one of the worst passing attacks in the NFL during Newton’s first season in New England. Newton sounded last week like a player who expected to move on this offseason, but the Patriots reportedly have not ruled out re-signing him.

Joe Thuney, left guard
One of the NFL’s best guards, Thuney played on the franchise tag this season and is in line for a hefty payday. He’s started every game over his five seasons in New England — including two at center earlier this year — but could be out of the Patriots’ price range this offseason.

David Andrews, center
Andrews returned from a blood clot issue that wiped out his entire 2019 season to start 12 games in 2020. A respected team captain, he’s been New England’s primary starting center since 2016.

James White, running back
Typically one of the NFL’s top pass-catching backs, White saw his numbers decline in 2020. He also dealt with personal tragedy, losing his father in a September car crash that also left his mother hospitalized. White has played all seven of his NFL seasons in New England, serving as a captain for three of them. Asked this week if he’d be open to re-signing, White replied: “Of course.”

Damiere Byrd, wide receiver
Byrd exceeded statistical expectations this season (47-604-1) and led all New England skill players in snaps played. But if the Patriots hope to revive their offense in 2021, they’ll need a more capable No. 1 receiver. A head injury knocked Byrd out of Sunday’s season finale.

Rex Burkhead, running back
Burkhead was enjoying a career year when he suffered a season-ending knee injury in Week 11. The timetable for his return is unclear, but the injury could sideline him into the 2021 season.

Jakob Johnson, fullback (exclusive rights)
He’s no James Develin, but Johnson was a solid lead blocker this season, playing in every game. The International Pathway Program product also caught eight passes for 35 yards and a touchdown.

Brian Hoyer, quarterback
Hoyer began the season as New England’s No. 2 QB, then was demoted to third string after struggling in Week 4 with Newton sidelined following a positive COVID-19 test. Jarrett Stidham is the only Patriots quarterback currently under contract for 2021.

James Ferentz, center/guard
The veteran backup started at center in Weeks 4 and 17.

DEFENSE
J.C. Jackson, cornerback (restricted)
The Patriots likely will place either a first- or second-round tender on Jackson, who ranked second in the NFL with nine interceptions this season. He could enter 2021 as New England’s No. 1 corner if Stephon Gilmore is traded this offseason.

Lawrence Guy, defensive tackle
Guy has been the Patriots’ best and most consistent D-lineman since his arrival in 2017. The soon-to-be 31-year-old said this week he would “love to return to New England.” “That would be amazing,” he added.

Jason McCourty, cornerback
McCourty expanded his role in his 12th NFL season, splitting time between cornerback and safety. The 33-year-old (34 in August) has yet to decide whether he plans to play in 2021.

Adam Butler, defensive tackle
Slowed by a shoulder injury early in the season, Butler played much better down the stretch, with all four of his sacks coming in the Patriots’ final six games. He played on an RFA tender this season.

John Simon, outside linebacker
Simon was a valuable run defender in years past, but his play declined this season. Among Patriots defenders, only D-tackle Nick Thurman received a lower PFF grade.

Shilique Calhoun, outside linebacker
Calhoun didn’t tally a sack or QB hit after Week 6 and missed most of the second half of the season due to injuries.

Terrence Brooks, safety
Brooks was Patrick Chung’s primary backup in 2019 but lost snaps to Kyle Dugger and Adrian Phillips this season and sat out two games as a healthy scratch.

SPECIAL TEAMS
Nick Folk, kicker
Just two years removed from a stint in the Alliance of American Football, Folk missed his first two field goals of the season but made his final 26, including last-second game-winners from 50 and 51 yards. The 36-year-old has no plans to retire, saying last month he “still (has) a lot of leg” in him.

Justin Bethel, cornerback/special teamer
Bethel had 13 solo tackles in the kicking game this season. No other Patriots player had more than four. 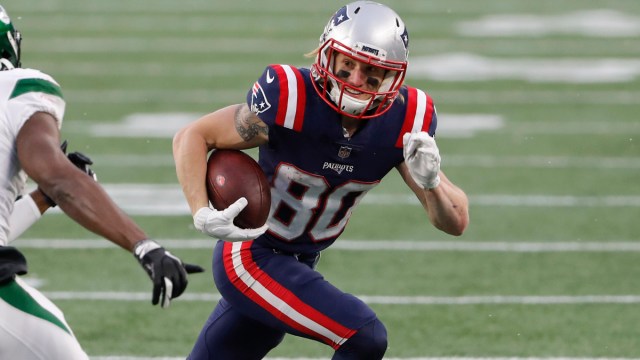 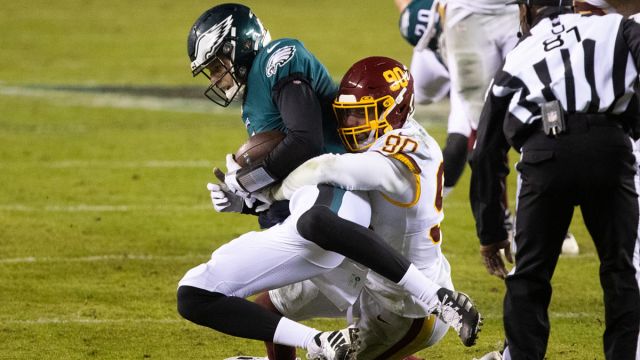