The New England Patriots are in a tough spot picking 15th overall in the 2021 NFL Draft.

There’s a possibility, even if it’s an outside shot, that one of the top quarterback prospects could still be there in the middle of the first round. There’s an even stronger chance that Trevor Lawrence, Zach Wilson, Justin Fields and Trey Lance will be gone, however.

Not knowing whether or not one of those quarterbacks will be there, or if Mac Jones is worthy of a first-round pick, the Patriots either need to add a veteran quarterback before the draft or commit to trading up if necessary. One thing is certain: They can’t be left without a quarterback in June like they were last offseason when they had to sign Cam Newton. That really didn’t work for either party after Newton missed important time during the offseason when he could have been learning the playbook.

The Patriots must commit to a plan at quarterback and build the rest of their team around it.

@sebbehn
We talked about Stafford earlier this week. Trick question ! Do you take

I still prefer the option of trading a Day 2 pick — either a second- or third-rounder — for San Francisco 49ers quarterback Jimmy Garoppolo.

But if my choice is Brissett at $15 million and the first-round pick or Stafford at $20 million, then I’m taking Stafford. The Patriots need a starting quarterback.

@TomEffinBradyx6
Patriots trade there #15 pick for Matt Stafford ? what WR or TE would you wanna sign in FA to pair with him
The top options at wide receiver are Allen Robinson, Kenny Golladay, Chris Godwin, JuJu Smith-Schuster and Will Fuller. Curtis Samuel, Marvin Jones and Josh Reynolds are among the second-tier group of receivers. Hunter Henry, Jonnu Smith and Gerald Everett are the best tight ends available.

The question is whether you’d prefer a package like Robinson and Smith, Smith-Schuster, Reynolds and Henry, or Samuel, Jones and Everett. With some cap manipulation, the Patriots could probably fit any of those combinations on the books for less than $30 million. The Patriots are set to have over (possibly well over) $60 million in cap space this offseason.

Samuel, Jones and Everett would be the safest option to immediately upgrade the offensive weapons, but a package with one of the top wide receivers would give the Patriots’ offense the highest upside.

The Patriots have the cap space to immediately upgrade their offense, and they have a few different ways of accomplishing that goal.

@DBronut
What do you make of the report suggesting that the Patriots will be uncharacteristically aggressive in free agency? Do you expect any big name signings?
I think it’s common sense with all of their cap space and needs. They’re not just going to sit on that $60-plus million. They always spend up to the cap. And they’re going to try to get better.

@paulbowe68
Do you see the Patriots trying to take advantage of the likely cap decrease by looking for values among cap casualties, thus not counting against the compensatory pick formula?
The Patriots certainly could add some cap casualties, but I can’t imagine the compensatory pick formula will play a major part in their decision-making this offseason.

With so much space spend in free agency, the Patriots can?t worry about the comp pick formula.

In order to get that third-round comp pick, however, the Patriots can’t sign a comparable free agent on the open market. Free agents cancel each other out as part of the formula, so the Patriots would not be able to sign any of those wide receivers or tight ends I mentioned above. That doesn?t make any sense. They need immediate help over a future third-round comp pick.

If they can get a bargain on a player cut by another team or in a trade, fine. But that can?t be the Patriots? goal.

@RobMcDonagh
If they offered COVID vaccine appointments at 3 AM, would you sign up and get one then?
Yes, absolutely.

You think Bill has changed his attitude concerning the importance of having ‘the guy’ at QB after this year? I read some rumblings that the Pats coaching staff said all they need is a top 15 QB to b successful
— Bill O?Brien is no longer the Houston Texans? general manager, so no chance.

— Unless the Patriots could get Aaron Rodgers, Deshaun Watson or Dak Prescott, all of whom are unlikely, then they?ll need to settle for just a top 15 QB.

@Munkeytalks
I’ve been thinking about this. Assuming we don’t trade our 1st and the dolphins take Smith with the 3rd overall. We take a CB if there’s no QB bill wants at that pick. Someone to cover Smith. I don’t like it, but it’s a very Belichick move.
I don?t think the Patriots would draft a cornerback just to cover a rookie wide receiver, but cornerback could be a sneaky need for the Patriots depending on what happens to Stephon Gilmore and JC Jackson this offseason.

@habsfan65
Do you see the possibility of a three way trade, Deshaun to Miami, Tua here, our 1st and Miami’s 1st to Houston
That wouldn’t be enough for Houston.

@o__martel
Watson or Rodgers?
Watson in a vacuum. But if Rodgers was considerably cheaper to acquire, then he?s the better value.

@CheyenneSulli14
Do u think bill can get a superstar like hunter Henry to come to New England ?
I?m not quite sure I would classify Henry as a ?superstar? but yes, the Patriots won?t have any issue convincing players to sign as long as New England is willing to pay up.

@FrogmanRecovery
why wouldn?t a QB pick this ownership, coach/GM?

most $, 10+ draft picks. Brady chose to stay here 20 years with them and won 6 SBs. A Star QB who has underachieved cause of ownership and coaching. So why wouldn?t a QB pick this organization after they saw Brady stay 2 decades
The only quarterback who might not want to come to New England would be Stafford because of his relationship with former Detroit Lions head coach and current Patriots staffer Matt Patricia, but even that issue might be overblown. Otherwise, I don’t think players are going to avoid signing with the Patriots or anything.

@MarcDiBenz
@DougKyed #maildoug does Matt Stafford?s relationship with Matt Patricia make it less likely/more likely/neutral that the QB ends up in Foxboro?
Neutral, but if I had to lean one way or the other, I’d choose less likely.

@plarkin88
If the NFL had luxury tax salary cap structure like MLB, which team would be paying the most tax every year? My money is on Jerry and the Cowboys, but I could see Dan Snyder giving him a run for his money.
Definitely Jerry Jones.

@JMM_Consultant
Many are iffy on Jimmy G. If he ended up back in NE, do you think BB could win a Super Bowl with Jimmy G at qb?
Absolutely. The San Francisco 49ers made a Super Bowl, and came relatively close to winning it, with Garoppolo last season. I know he has trouble staying healthy, but last season proved that if you can put the right team around Garoppolo that he can at least come close. Bill Belichick could wind up being the difference. 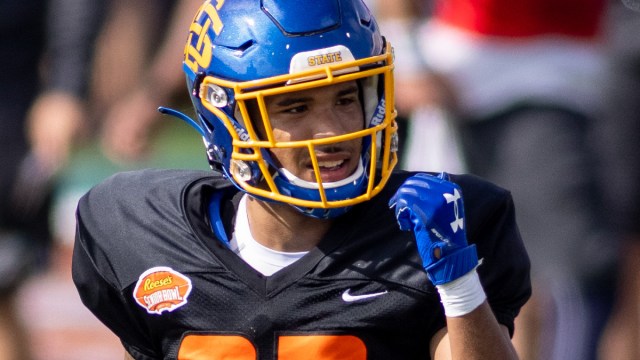 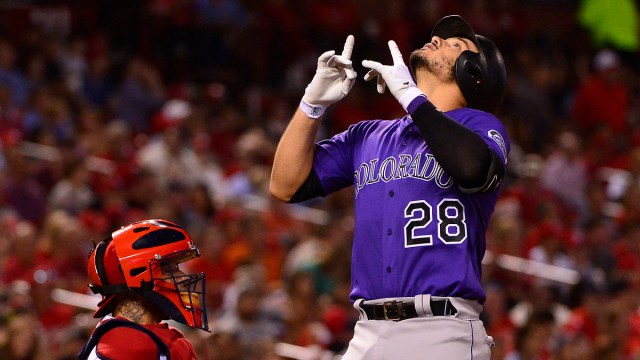