After going 16 weeks without a single reception, tight end Devin Asiasi tallied two in Sunday’s 28-14 win over the New York Jets at Gillette Stadium, including a fourth-quarter touchdown that put the Patriots ahead for good.

The breakthrough performance capped an underwhelming rookie season for Asiasi, who, before Sunday, had not caught a pass since his final game at UCLA. The third-round draft pick was not targeted in his first five games as a Patriot, sat out the next seven, then went without a catch on four targets in his first three games back.

The 23-year-old also dealt with off-the-field adversity, leaving the Patriots for a spell following the death of a close friend in late October.

“Man, it was up and down,” Asiasi said. “I think just like anything, you go through your struggles throughout the whole process. But those are the things that harden you. Those are the things that make you better, that grill you into the person I am right now. So I take all those lessons, I take all those situations and I take it forward in things I can learn from, things I can hold dear to my heart obviously with the tragedy.

Sunday was a step in the right direction — a potential building block heading into Year 2. But that’s all it was. Head coach Bill Belichick said Asiasi needs to put in the requisite work this offseason if he hopes to become a consistent contributor in 2021.

“I mean, I think it’s a stretch for me to think that a career is going to be defined by one play or one game,” Belichick said. “Is there a positive or a negative impact that could happen? Yeah, sure. Really, all of our rookie players are going to need to have that same opportunity to have a big year of growth from Year 1 to Year 2 now that they understand more about what we’re doing, now they understand more about what our opponents do, now that they understand what an NFL season is like, the demand, mental and physical grind that an NFL season entails. If they do a good job of approaching it the right way, have the right work ethic, take advantage of the opportunity that they have to boost their career, then good things will happen for them. If they don’t, then there will probably be other players that pass them by. …

“Those opportunities will hopefully be good learning experiences for (Asiasi and other rookies) but also be a real reality check that this is how hard it is and how hard it’s going to be, how much they have to do in order to be successful against the kind of competition that they’ve seen this year in regular-season games. We’ll see how all that plays out. I mean, I hope it does. That will be up to Devin or any other player going from Year 1 to Year 2 to put in the time, the work, the investment and the sweat in order to get the results.”

The same applies to fellow third-round rookie tight end Dalton Keene, who finished the season with three catches on five targets for 16 yards. Asiasi caught two passes on seven targets for 39 yards and one touchdown. Ryan Izzo had 13 catches on 20 targets for 199 yards before landing on injured reserve last month.

Patriots tight ends as a group ranked last in the NFL in receptions this season. Though Asiasi and Keene still have potential, improving this unit should be an offseason priority.

Cam Newton said there was a “growing element” to Asiasi’s rookie year, which did not include a traditional preseason.

“No. 1, he’s still young,” the Patriots quarterback said. “… For him to make a great catch for the touchdown, something that he needs to keep doing, he will keep doing. He has so much talent. He shows so much flashes in practice. It’s great just to see it in a game.”

Asiasi said all the right things in his postgame presser.

“I think it’s another step in my growth as a player, and that’s how I’m going to take it,” he said. “I’m going to approach every win and every loss the same way, and I’m going to try to see what I can do better. Obviously, it wasn’t perfect out there, so there’s definitely room for improvement in the game.

“The situation with the (win) and the touchdown, it’s definitely just a step for me, and that’s how I’m going to treat it. I’m going to be humble and keep working, keep grinding and try to keep earning my name and my spot.” 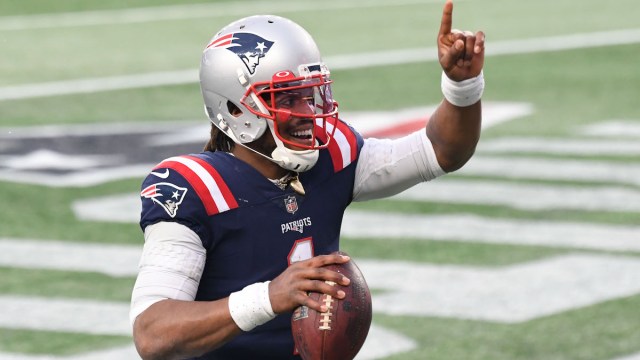 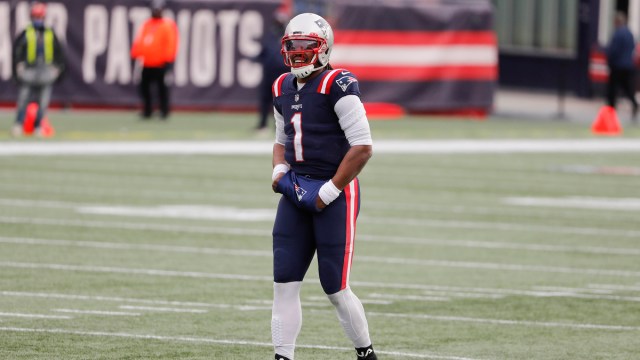