Tom Brady has an embarrassment of NFL riches, to the point where he never should dwell on any of the shortcomings he’s encountered over the course of his unparalleled career.

But this is one of the greatest competitors the sport has ever seen we’re talking about.

Brady owns a career 6-3 Super Bowl record heading into his 10th appearance on football’s grandest stage. One of those losses ranks among the greatest upsets in NFL history, which saw the New York Giants hand the 2007 New England Patriots their only loss of the season in Super Bowl XLII.

“It’s one of those things, it’s not something I ever say or ever think a lot about,” Manning told the New York Post on Tuesday. “I’ve been around Tom numerous times, and I’ve never brought up a Super Bowl or our games versus them. He actually brings it up. It still bothers him a little bit, especially the ’07 one when they had the chance to go down as the greatest team of all time.

“But I don’t have any bragging rights with Tom. This is his 10th Super Bowl, and I’m so impressed with his whole career.”

A win Feb. 7 would cap off arguably the most impressive Super Bowl run of Brady’s career. The Buccaneers already have gone through teams led by Drew Brees and Aaron Rodgers — on the road, mind you — and now Patrick Mahomes and the reigning champion Kansas City Chiefs stand between Tampa Bay and football’s ultimate prize. 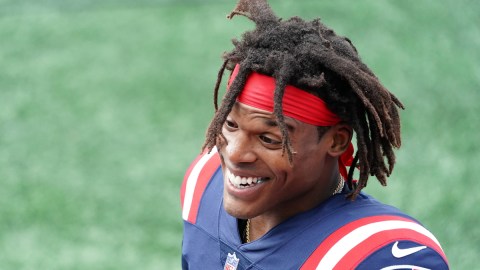 Is Cam Newton Chirping Critics Of His Passing Ability On Instagram?