We’re pulling for an inferno this season, though, because who doesn’t love some wheeling and dealing right before the stretch run? It’s an opportunity for buyers to bolster their immediate postseason chances while sellers look to acquire pieces that’ll help in the future.

So far, we’ve heard several high-profile names kicked around in trade rumors, which should make for a fascinating week. The contenders and pretenders are starting to separate, and, of course, there’s always the chance a few clubs try to walk the tightrope between buying and selling.

Nevertheless, we polled our NESN Digital team to gauge which blockbuster deals they’d like to see before the MLB trade deadline. You’ll notice from the responses that many eyes are fixated on Washington Nationals ace Max Scherzer — understandably so — but he’s not the only star we want to see change uniforms before Friday at 4 p.m. ET.

Here are our ideas/suggestions. Hopefully, some MLB general managers are paying close attention.

LAUREN CAMPBELL: Nationals trade Max Scherzer to the Rays
This certainly would shake things up in the American League East, where the Rays have been fighting for the top spot with the Red Sox essentially all season. Scherzer changes Tampa Bay’s rotation and the competition in an already-tough division.

JENNA CICCOTELLI: Nationals trade Max Scherzer to the Padres
Scherzer seems to be the blockbuster trade candidate at this point, and the Padres could really use him as they battle with the Dodgers and Giants atop the National League West.

Yu Darvish and Joe Musgrove have carried the Padres’ rotation to San Diego’s current spot in the standings. But if the Padres are truly going to make a deep postseason run, they’ll need more than two reliable starters.

MIKE COLE: Cubs trade Kris Bryant and Craig Kimbrel to the Mets
Bryant has been linked to the Mets for a while now, and with New York currently leading an uninspiring NL East, finally landing the slugger would go a long way in solidifying it as a playoff contender. The ask might be a little more than they’re comfortable with, though, so why not get creative and find a way to get Kimbrel in the mix, too? The Phillies reportedly are eyeing the closer, so the package deal would accomplish two goals: bolstering the bullpen and keeping a division rival from improving. The Yankees might not be going anywhere, so this is the perfect time for the Mets to own New York.

RICKY DOYLE: Indians trade José Ramírez to the Mariners
The soon-to-be Guardians still are within striking distance in the AL, but the uncertainty surrounding Cleveland’s rotation with Shane Bieber and Aaron Civale sidelined could prove too much as it relates to contending in 2021. And although Ramírez is under club control for two more seasons, the Indians could land a haul if they trade their best player, in effect jumpstarting a rebuild that feels inevitable after Cleveland shipped away Francisco Lindor and Carlos Carrasco over the offseason.

The Mariners’ front office reportedly ticked off their clubhouse Tuesday by trading closer Kendall Graveman to the Astros. What better way to smooth things over than to acquire Ramírez, an elite player in the prime of his career (age 28) who comes with two bargain club options ($11 million in 2022 and $13 million in 2023)? He could be a building block alongside Jarred Kelenic, helping both now and in the future as Seattle looks to close the gap on Houston in the AL West.

ADAM LONDON: Nationals trade Max Scherzer to the Giants
This would’ve come off as a head-scratcher before the start of the season, but San Francisco has exceeded expectations and is primed for a deep postseason run. The Giants could use another arm to help this cause, and Scherzer undoubtedly is the best pitcher on the block. Not to mention, he reportedly prefers a move out west. With Scherzer aboard, San Fran has a real shot at not only snapping the Dodgers’ NL West streak, but also reaching the Fall Classic.

SEAN MCGUIRE: Nationals trade Max Scherzer to the Red Sox
The Red Sox weren’t thought to be in the mix to win the World Series this season, but it now seems like it’s not all that far-fetched. The right-handed Scherzer, 37, immediately would jump to the front of the rotation and catapult Boston’s odds to be the betting favorite. His arrival also would take the pressure off Chris Sale’s return.

LOGAN MULLEN: Nationals trade Max Scherzer to the Mets
This is a little crazy and definitely wouldn’t happen if Scherzer wasn’t on an expiring deal. But the Mets need rotation depth, and they are in perfect position to claim the NL East this season. They shouldn’t walk under too many ladders and just trust what they have, so going out and spinning a deal for Scherzer would make them among the favorites to win the pennant. There simply is too much uncertainty in their rotation for them to not go after a starter, so they might as well go after one of the best.

DAKOTA RANDALL: Yankees trade Aaron Judge to the Angels
Honestly, I’m not sure how the Angels make this trade work in terms of compensation and financial flexibility. That’s for the nerds and the baseball operations folks to figure out. What I do know is that Judge, given his injury history and underwhelming production relative to his ceiling, probably isn’t worth the money he’ll command when he’s a free agent in 2023.

So, do the Yankees ignore all that and re-sign Judge because he’s mega-popular (and also good)? Maybe, but I think parting with him now, when he’s 29, could lead to a decent haul of prospects and major league-ready talent.

Why the Angels? Because they need to make the most of the time they have with both Shohei Ohtani and Mike Trout — legitimately two of the greatest baseball players ever — on their roster. Go for it. 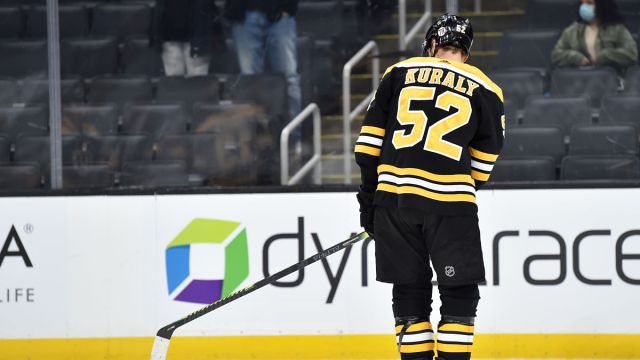 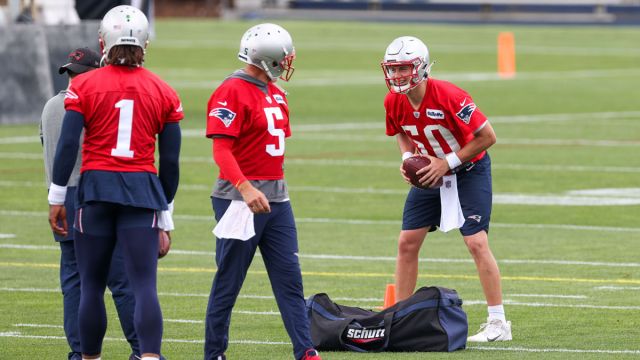