What better way to cap off a wild and crazy week of New England Patriots news than by answering a few of your mailbag questions.

@afternoon_joe
Is Shaun Wade expected to get significant playing time with Gilmore starting the season on the PUP?
I wouldn’t expect Wade to play a huge role right from the jump, even with Stephon Gilmore sidelined, but the Patriots clearly believe he can help them. They liked his potential and versatility coming into the draft, and Bill Belichick said the former Ohio State star “seems to pick things up pretty quickly.”

Wade was considered a potential top-10 prospect before switching from a slot/nickel role to outside corner for his final college season and bombing. He wound up falling to Baltimore in the fifth round (160th overall), and the Ravens traded him to the Patriots last week.

With Gilmore out until at least Week 7, cornerback depth is the biggest concern for New England’s otherwise well-appointed defense. Jalen Mills looks like the No. 1 perimeter option opposite J.C. Jackson, with Jonathan Jones in the slot and Joejuan Williams, Wade and Justin Bethel filling out the depth chart.

I still could see the Patriots adding another body here in the coming weeks.

@elle_bee_are
Maybe not a question per se, but would love a mini profile on the recent acquisitions from other teams on roster and PS
Sure thing, Elle Bee Are. Here’s a quick look at the five players the Patriots have added over the last few days:

OL Yasir Durant (53-man roster): Came over from Kansas City in a trade on Monday. Played right tackle and right guard (only NFL start to date was at the latter) for the Chiefs as an undrafted rookie last season after starting 33 games at left tackle at Missouri. Listed at 6-foot-6, 330 pounds. Patriots O-line coach Carmen Bricillo said the Patriots “pursued (Durant) in the after-draft market” last year because “he had a lot of traits that we liked.”

WR Malcolm Perry (53-man roster): Claimed off waivers from Miami on Wednesday. Was a highly productive option quarterback at Navy (2,017 rushing yards, 21 touchdowns; 1,084 passing yards, 10 touchdowns as a senior in 2019) and had extensive pre-draft contact with Belichick and the Patriots before ultimately being selected by Brian Flores’ Dolphins in the seventh round last year. Played in nine games as a rookie with nine catches for 92 yards and a touchdown, plus three carries for 5 yards. Also returned kicks and punts this preseason. Tested poorly at last year’s NFL Scouting Combine and is one of the Patriots’ smallest players (5-10, 190). Thoroughly unsurprising addition given Belichick’s love of the Naval Academy and multipositional players.

LB Jahlani Tavai (practice squad): Viewed as a potential Patriots target ahead of the 2019 NFL Draft. Wound up instead going to Matt Patricia’s Detroit Lions, who reached on him at No. 43 overall. Had a solid rookie season but was one of Pro Football Focus’s lowest-graded linebackers in 2020. 6-foot-2, 250-pound off-the-ball ‘backer. Reunites with Patricia, who rejoined the Patriots as a Senior Football Advisor this offseason.

FB/TE Ben Mason (practice squad): Another projected Patriots draft target. Hard-charging lead blocker who also played defensive tackle earlier in his college career. Local kid (raised in Massachusetts) who was Connecticut’s Gatorade Player of the Year in 2016. Scored 10 touchdowns at Michigan despite tallying just 119 yards of total offense. One of six ex-Wolverines currently under contract with the Patriots. Drafted in the fifth round by Baltimore this year but was cut out of camp. NFL Media’s Ian Rapoport reported a “quick elevation” was “likely” for Mason, putting Jakob Johnson’s job security into question.

QB Garrett Gilbert (practice squad): Journeyman backup quarterback who’s bounced around the NFL since 2014. Back for his second stint on the Patriots’ practice squad after being with New England for its Super Bowl run in 2014. Made his first NFL start for the Dallas Cowboys last season. Joins Mac Jones, Brian Hoyer (practice squad) and Jarrett Stidham (PUP list) in the Patriots’ QB room.

@dustinfeldman3
Will Jonnu Smith break 50 receptions and 500 yards for the first time in his career? What will his percentages be when looking at 0-10 yard throws vs 11-20 yard throws vs 21-30, etc.? Excited for @Easymoney_81 potential.
I think you’ll see a combination of shallow crossers with YAC potential and shots down the seam. Smith has ranked in the top three among tight ends in yards after the catch per reception in each of the last two seasons, per NFL Next Gen Stats, so the Patriots will want to get him the ball with room to run. I also expect him to take at least a few handoffs this season on end-arounds or pitches out of the backfield.

As for what his final stats will be … I’m not sure. It’s tough to predict whether he or Hunter Henry will be the more productive pass-catcher in this offense. I’ll say Smith finishes with slightly fewer than 50 catches but more than 500 yards — and leads the Patriots in touchdown catches. How’s that?

@une4i_jeff
Captain predictions?
I’d say Devin McCourty, Matthew Slater, James White and David Andrews are locks. Lawrence Guy and Dont’a Hightower probably will be in that group, too. For sleeper candidates, I have my eye on slot corner Jonathan Jones and edge rusher Matt Judon. I thought it was interesting that the team had Judon, who’s entering his first year in New England, speak alongside McCourty, Slater and Andrews at their Patriots Premiere gala.

Very curious to see whether Mac Jones gets a captain nod, as well. I don’t believe the Patriots ever have had a rookie captain under Bill Belichick — McCourty and Jerod Mayo both received that honor in Year 2 — but Jones is the starting quarterback and teammates have raved about his leadership. The Patriots also don’t have many obvious offensive representatives outside of Andrews and White.

@riraho5
What are the chances the 2021 Patriots can pull off a 2001 Patriots season – first year starter at QB with a good, balanced offense that takes off the pressure, coupled with a stout defense? Not necessarily saying SB but super competitive and there in the playoffs?
I’ve tried to avoid making comparisons between Jones and Tom Brady, and I think it’s premature to call this Patriots team a Super Bowl contender. But I could see them utilizing a similar blueprint to the one they won with in the early 2000s: strong running game, stout offensive line, ferocious defense and a smart QB who picks his spots and doesn’t make many mistakes.

@SoundBoston
What do you think the Patriots? FLOOR is (in terms of their final record). The over under is 9.5 I believe, and I find the idea of them going 9-8 pretty shocking.
Pretty much everything would need to go wrong for this Patriots team to finish below .500 again. Last year, they had their weakest roster since 2000 and still managed to win seven games. I guess you have to set their absolute floor at around seven wins, but as long as they avoid too many catastrophic injuries and Jones doesn’t completely implode, I’m confident they’ll get to at least 10 or 11. 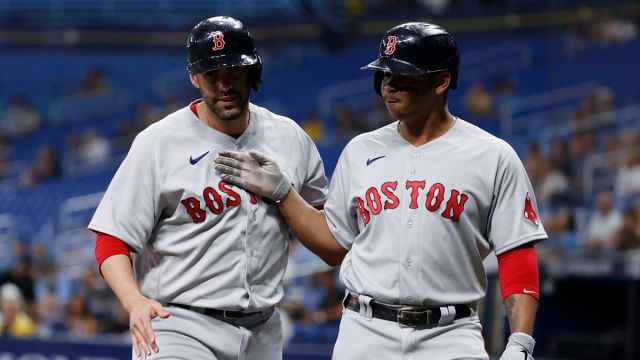 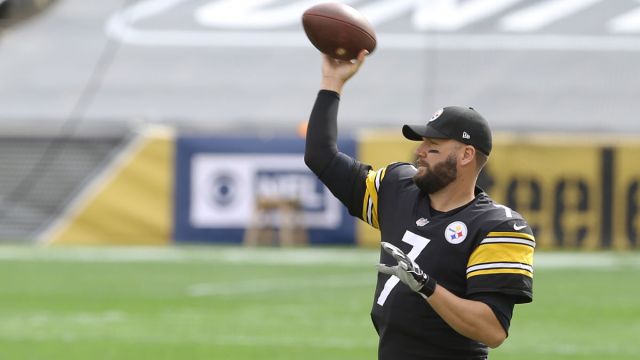