Patriots Takeaways: Seven Things We Learned From Win Over Titans Skip to content

The New England Patriots defeated the Tennessee Titans on Sunday, winning 36-13 at Gillette Stadium. Here are seven things we learned in that Week 12 matchup:

1. The defense bent — a lot — but didn’t break
You can’t say a defense that gave up 270 rushing yards to backups like D’Onta Forman (109 yards) and Dontrell Hilliard (131 yards) was dominant, but New England’s top-ranked D made the plays when it needed to. The Patriots forced four turnovers (one interception, three fumbles), mounted a goal-line stand while leading by 13 and shut the shorthanded Titans out after halftime, scoring the final 20 points to turn what was a tough, physical, tightly contested game into a comfortable win.

As defensive tackle Davon Godchaux said postgame: “Yards don’t beat you. Points do.” And the Patriots have allowed hardly any during their six-game winning streak, outscoring their opponents 211-63. The Titans’ two touchdowns Sunday came on a well-designed goal-line screen pass and a 68-yard draw play on third-and-3 that caught the Patriots’ defense — which had just one down lineman on the field at the time — off guard.

Defense has been the driving force behind the Patriots’ midseason turnaround. After an inauspicious 2-4 start, they now sit atop the AFC East standings at 8-4 and trail only the Baltimore Ravens in the AFC. Next Monday, they’ll visit a Buffalo Bills team that entered Sunday ranked second in the NFL in scoring defense and first in Football Outsiders’ defensive DVOA (just ahead of New England).

2. J.C. Jackson is a historically productive ball hawk
The Patriots’ No. 1 cornerback was responsible for two of his team’s four takeaways, punching the ball out of Foreman’s hands to force a fumble and hauling in an end-zone interception off a Devin McCourty tip.

The man they call Mr. INT has grabbed 24 of them since he entered the NFL in 2018, a total no other player can match. The post-merger NFL record for interceptions in a player’s first four seasons is 25, according to ESPN. Jackson is just one shy with five games still to play.

Jackson also has the most takeaways by a New England defender over any three-year span and the most interceptions by a Patriot over any two-year span, per the team. Five of his seven picks this season — second-most in the league behind Trevon Diggs’ eight — have come during New England’s current win streak.

The forced fumble, which came on a 30-yard Foreman run, was the first of Jackson’s career.

“You leave any trash laying around, he’s going to pick it up,” head coach Bill Belichick said with a smile.

Jackson is set to cash in this offseason as he prepares to hit unrestricted free agency for the first time.

3. Matthew Judon is going to break the Belichick-era sack record
This has been apparent for several weeks now, but Judon continued his torrid sack pace with an early takedown of Tannehill. The high-impact edge rusher now is up to 11 1/2 sacks through 12 games — soaring past his previous career high of 9 1/2 — and needs just one more to tie Chandler Jones (2015) and Mike Vrabel (2007) for the highest single-season mark by a Patriots defender under Bill Belichick.

Andre Tippett’s franchise record of 18 1/2 likely will be out of Judon’s reach, but he could threaten it if he keeps up this pace. To surpass the Pro Football Hall of Famer, Judon needs to bag an additional 6 1/2 sacks over the Patriots’ final five games.

4. Mac Jones’ stat line was a bit deceiving
The Patriots’ rookie quarterback finished with a career-high 310 passing yards, completed 70.1% of his passes and posted a 123.2 passer rating. But unlike New England’s defense, he struggled in some key spots.

Jones overthrew a wide-open Hunter Henry on what should have been an easy touchdown. He spiked a swing pass to Kendrick Bourne. He nearly threw an interception inside the 15-yard line.

These issues contributed to New England’s lack of effectiveness in the red zone. After Bourne snared a 4-yard touchdown on the team’s opening drive, the Patriots came up short on their next three red-zone trips, with Jones completing just two of his final eight passes from inside the Titans’ 30-yard line.

This was far from a bad game for first-year QB, who cut up the Titans’ defense off play-action (11-for-11 for 169 yards) and guided an offense that punted just once despite having no run game to speak of for much of the afternoon. Overall, Jones was good. But he’ll have plenty to jot down in his “improvement journal” this week.

5. Kendrick Bourne is a real weapon in this offense
What a find Bourne has been. An unheralded contributor during his four seasons in San Francisco, the 26-year-old receiver has flourished in Josh McDaniels’ scheme. He’s already matched his career high in touchdowns with five — he had two against Tennessee, including a 41-yard tiptoe job down the right sideline — and is on pace to smash his reception and yardage marks, too.

Twelve games in, Bourne leads the Patriots with 623 receiving yards on 42 catches and boasts a catch rate of 79.2% — one of the league’s best among wide receivers who have seen his volume of targets. McDaniels also has used him in creative ways, often motioning him into or out of the backfield and giving him occasional handoffs.

6. The Patriots’ run game finally met its match
For the first time in weeks, New England couldn’t rely on Damien Harris and Rhamondre Stevenson to gobble up yards on the ground. The Titans silenced the Patriots’ vaunted rushing attack until late, with 59 of their 105 rushing yards — the Pats’ lowest game total since Week 4 — coming in the fourth quarter. Stevenson ripped off runs of 10 and 19 yards on New England’s penultimate possession, and Harris closed out the scoring with a 14-yard touchdown.

This unit will face another difficult challenge next Monday in Buffalo. The Bills were torn apart by NFL rushing leader Jonathan Taylor a week ago (185 yards, five total touchdowns in a 41-15 loss to Indianapolis) but entered Sunday ranked fourth in rushing yards allowed per game and third in yards allowed per carry.

7. Nick Folk is invaluable
With predecessor Stephen Gostkowski looking on from the stands, Folk delivered another superb performance. In near-freezing conditions, 36-year-old bailed out his offense by going 5-for-6 on field-goal tries, with the lone miss coming from 53 yards out.

Folk, who stabilized New England’s kicker position following Gostkowski’s 2019 departure, has been a lifesaver this season. He’s 31-for-34 on field goals and only has missed from 53, 54 and 56 yards. He’s successfully booted four or more field goals in nearly half of the Patriots’ games (five of 12), including each of the last two.

The Patriots’ special teams edge Sunday was stark. Titans kicker Randy Bullock doinked a field goal and an extra point off the right upright, and Tennessee started every one of its drives (excluding a first-half kneeldown) inside its own 28-yard line. New England started all but three of its 11 drives outside its own 30. 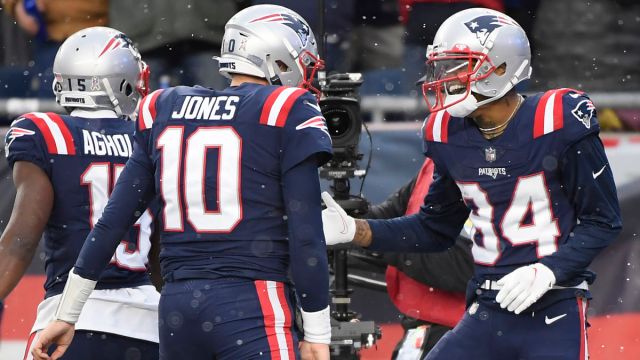 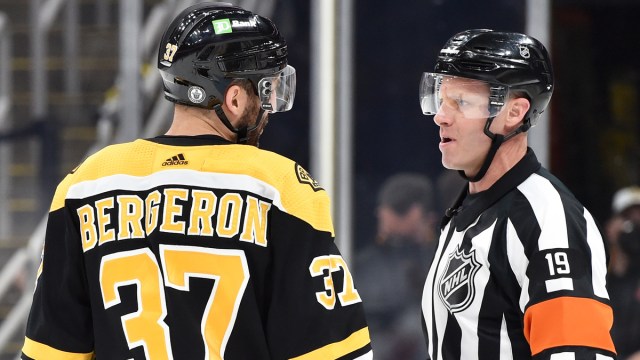