The New England Patriots could be without one of their top defensive players for their most important game of the season to date.

Starting strong safety Kyle Dugger was placed on the reserve/COVID-19 on Wednesday after testing positive for the coronavirus, putting his status for Monday night’s massive matchup with the Buffalo Bills in doubt.

Here’s what you need to know about Dugger’s status, importance and potential replacements:

When can he return?
TBD. That’s highly dependent on whether Dugger is vaccinated, which remained unclear as of Wednesday night.

If he is, he can be cleared to play once he returns two negative tests separated by 24 hours and also has been symptom-free for 48 hours. That means he would have a theoretical chance to play against the Bills, especially since this game is a Monday nighter.

If Dugger is not vaccinated, NFL protocols would require him to sit out at least 10 days, ruling him out for the Buffalo game. The Patriots have their bye next week, so he’d likely be able to return in time for their Week 15 matchup with the Indianapolis Colts.

The NFL ramped up its COVID testing and implemented a temporary mask mandate following the Thanksgiving holiday, and two Patriots players have tested positive this week: Dugger and reserve running back J.J. Taylor.

Given the unpredictability here, the Patriots must prepare for Dugger to be unavailable for Monday’s game, regardless of his vaccination status.

What does he bring to the Patriots’ defense?
A lot. After coming on strong during the second half of his rookie season, the 2020 second-round draft pick has been an integral part of New England’s defense since training camp. He leads the team in tackles with 80 and has played in all 12 games, starting 10 and posting the fourth-highest snap rate (81.3%) among Patriots defenders. Only safety Devin McCourty, cornerback J.C. Jackson and outside linebacker Matthew Judon have been on the field more often this season.

Dugger’s blend of athleticism, versatility and physicality is difficult to replicate. He plays all over for the Patriots: According to Pro Football Focus, he’s logged 317 snaps in the box, 158 in the slot, 61 as a deep safety, 54 as an edge defender and 40 as a wide cornerback, plus another 111 on special teams. Those box snaps have been split between strong safety and linebacker alignments.

Veteran teammates have marveled at Dugger’s ability to drill ball-carriers and blockers alike with devastating hits — a talent that’s been evident since the earliest days of his Patriots career.

“They call him King Dugg for a reason,” linebacker Dont’a Hightower said last month. “It’s kind of hard to put tabs on players like that. He’s just a freak athlete.”

Recently, though, the Lenoir-Rhyne product also has shown marked improvement in coverage. All three of his career interceptions have come in the last seven games, and he got the better of Atlanta Falcons phenom Kyle Pitts when the pair squared off in Week 11.

The Patriots have employed more zone coverage than usual during their current six-game win streak, but when they go man, Dugger is their top matchup option against tight ends. The Bills have a talented one in Dawson Knox, whose seven touchdown catches are tied with Hunter Henry for the NFL lead among players at their position.

Opposing quarterbacks have a passer rating of 60.0 when targeting Dugger this season, per PFF, and he’s allowed just one touchdown. He also recovered a fumble during last week’s win over the Tennessee Titans. Overall, he’s PFF’s 27th-highest-graded safety through 12 weeks.

How can the Patriots replace him?
Again, there’s still a chance Dugger will be able to play against Buffalo. But if he can’t, the Patriots would be unable to utilize the effective three-safety package that’s been a core tenet of their top-ranked defense.

Dugger, McCourty and Adrian Phillips all rank in the top five among New England defenders in snaps played. McCourty mostly lines up deep — the 34-year-old has played less in the box this season than he did in previous years — with Dugger and Phillips typically roving around closer to the line of scrimmage as safety/linebacker hybrids. This trio’s versatility also allows New England to more seamlessly disguise its coverages.

Second-year defensive back Myles Bryant likely would see the largest uptick in playing time if Dugger can’t go, as he’s both the Patriots’ top slot cornerback (with Jonathan Jones out for the season) and their fourth safety. Bryant initially impressed after his midseason promotion from the practice squad, but he’s has struggled in man-to-man coverage over the last two games, allowing five catches on seven targets for 77 yards and five first downs.

If Dugger is sidelined, we could see the Patriots shift more toward traditional nickel packages (three corners) rather than the big nickel (three safeties) they’ve favored this season. They also could use Bryant in McCourty’s role at times and give the latter more snaps in the box. In most seasons, McCourty would play roughly 30% of his snaps closer to the line. This year, with Dugger and Phillips patrolling that area, he’s down to 16%, per PFF.

Regardless, the Patriots face a difficult challenge against Buffalo’s inconsistent but explosive offense. The Bills rank second in the NFL in scoring (29.6 points per game) and boast considerable talent at quarterback (Josh Allen), tight end (Knox) and wide receiver (Stefon Diggs, Emmanuel Sanders, Cole Beasley). They currently sit a half-game back of the 8-4 Patriots for the top spot in the AFC East. 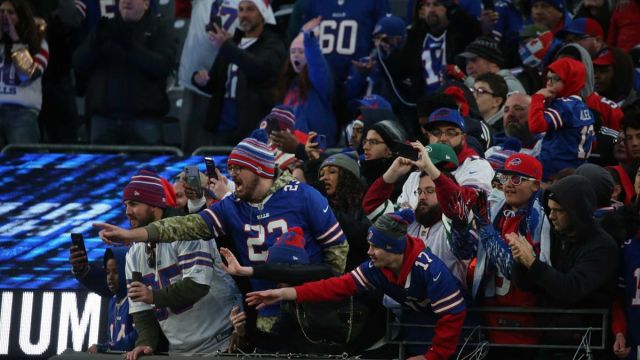 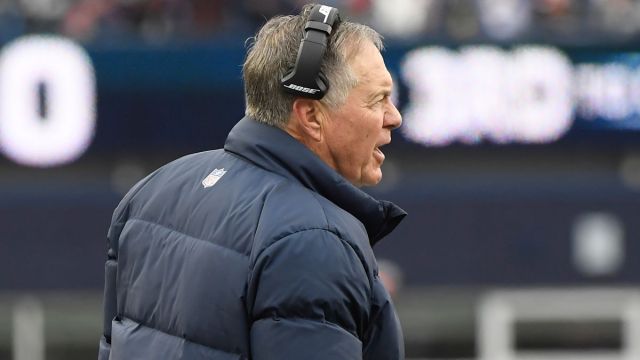 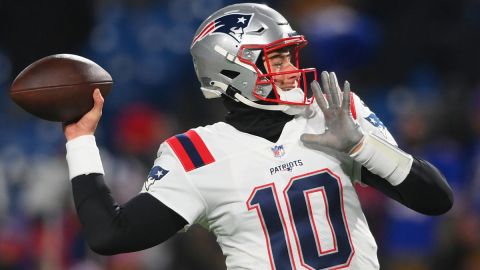