BOSTON — The Bruins look like a completely different team since the calendar turned to 2022.

Boston now has won eight of its last nine games, and five in a row after Saturday’s thrilling 4-3 overtime win against the Nashville Predators at TD Garden. Taylor Hall scored the game-winner with a greasy goal that kept the win streak alive.

It’s clear this team is having more fun. Whether the extended holiday break helped reset the Black and Gold, or the lines getting switched up ignited a fire, the vibe as a whole is a positive one.

“We’re having a blast,” Hall told NESN’s Sophia Jurksztowicz after the game, as seen on NESN’s postgame coverage. “I think the coaches are having fun too.”

It’s not often you hear of coaches having fun, and B’s bench boss Bruce Cassidy agrees, but he also knows the Bruins are in a better mindset, and having fun in the process.

“Fun is not usually equated with the word coach a lot,” Cassidy said over Zoom after the game. “We’re kind of crusty at times, but, I think we all get along, we have good personalities. We can joke around, we try to with the players keep the room light when necessary. Right now when you’re winning it’s always more enjoyable for everybody. That’s what we take pride in is representing the Bruins crest and playing good hockey.

“Early on in the year there was a lot of uneven play and couldn’t really get going with the schedule, so obviously it’s not as much fun.”

“A coach of mine, I remember years ago I was on a good hockey team and he walked in, we ended up winning the championship … He wrote on the board one day — we were doing well but we got away from it — three (things): work, win, have fun. And he put them in that order and basically came in one day, we had lost, and said, ‘Don’t mess up the order. That’s the way it goes. That’s the way it needs to work.’ And he was right, and I believe that translates to this group right now. They’re a hard-working team that’s found their identity again, they’re winning and obviously, then you have fun. … and I’m glad. I think it’s easier to come to work every day when you’re enjoying what you’re doing.”

It certainly appears the Bruins are enjoying the success the new year has brought them.

Here are a few other notes from Saturday’s Bruins-Predators game:

— Brad Marchand continued to show why he should have been named to the NHL All-Star Game this year.

The forward — after taking a Roman Josi elbow to his already-broken nose — scored the go-ahead goal in the third period. The Preds quickly tied the game, but the goal marked Marchand’s 20th of the season.

It’s now the ninth straight season Marchand will finish with at least 20 tallies.

— Urho Vaakanainen played with a lot of confidence Saturday, making his presence known on the ice and bringing the puck to the net. The defenseman has been getting some extra time in the NHL with some Boston blueliners in COVID-19 protocol, and the B’s have liked what they’ve seen from the youngster.

“He’s doing a good job,” Cassidy said, adding Vaakanainen will force the head coach to make some “tough decisions” once the roster is back at full strength.

— Staying on the topic of defense, Mike Reilly also played with a lot of fire in him. He was all over the ice, shot when he saw his chance and even scored a goal.

“He had a lot of pop today offensively,” Cassidy said. “He’s a smart player with a good stick, nice play all around on the goal. … Mike sees an alley and away he goes. … With some guys out of the lineup, he stepped up.”

— There were a total of 91 (!) hits in the game, with the Bruins amassing 45 and the Predators 46. There was just one fight between Derek Forbort and Michael McCarron, but other than that none of the near-100 hits resulted in the players dropping gloves.

“It was a playoff-style game and we responded well,” Cassidy said.

— The team certainly is meshing well together despite not being 100% healthy on both offense and defense. But Craig Smith, who opened the scoring against his former Predators team, knows his teammates all are giving their all for one another.

“I think this team works so hard for each other,” Smith said. “We keep playing a ‘next shift’ mentality.”

“It’s been fun seeing everyone buying in,” he said. “You wish for that. It took a little longer than expected but … time off around Christmas time was good for guys and I think you’re seeing that now.”

— The Bruins are back in action Tuesday night when they welcome the Carolina Hurricanes to TD Garden. Boston will honor Willie O’Ree and retire his No. 22 in a pregame ceremony beginning at 7 p.m. ET. Puck drop for Bruins-Hurricanes is set for 7:20 p.m. 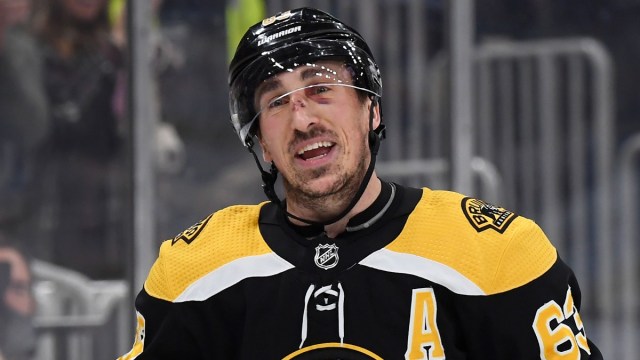 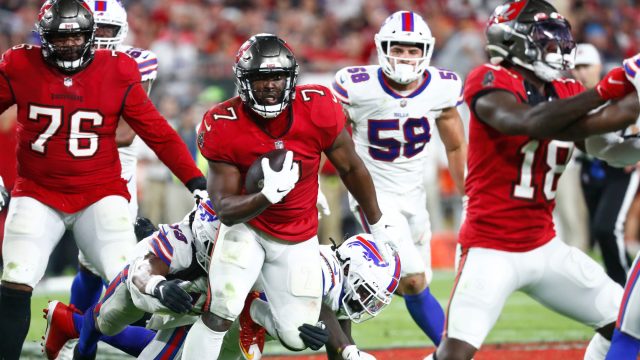 Leonard Fournette is out Sunday for the Buccaneers