The New England Patriots won’t be participating in the divisional round of the 2021 NFL playoffs. But some future Patriots could be.

With the conference semifinals set to kick off this Saturday afternoon, we scanned the rosters of the eight remaining playoff teams and highlighted a player (or two) from each who could pique the Patriots’ interest this offseason.

Buffalo Bills: WR Isaiah McKenzie
McKenzie hasn’t been much of an offensive threat in his NFL career — unless he’s playing the Patriots. The speedy slot receiver gave New England fits in each of the final two Pats-Bills matchups this season, including an 11-catch, 125-yard, one-touchdown breakout in Week 16. McKenzie also has extensive kick and punt return experience, though Bills coach Sean McDermott didn’t trust him to handle the latter in unfavorable weather conditions.

Cincinnati Bengals: S Jessie Bates
With Devin McCourty’s future uncertain, the Patriots could be looking for a new starting free safety for the first time in a decade. Bates was arguably the NFL’s best in that role in 2020, earning the highest PFF grade of any safety. He wasn’t the same dominant player this season — he had some rough games in coverage — but he’s shown terrific durability and versatility over his four-year career and will be just 25 years old when the 2022 campaign begins. If Cincinnati lets Bates hit the market and McCourty departs, he’d be an ideal replacement for the future Patriots Hall of Famer. Cost could be an issue, though, if Bates commands elite safety money.

Green Bay Packers: OT Dennis Kelly
Kelly has been a backup for most of his career, but he started every game for Tennessee in 2020 and did not allow a single sack. The 32-year-old also has played well since replacing Packers starter Billy Turner in early December, allowing two sacks and five total pressures across five games. With Trent Brown set to hit free agency and Isaiah Wynn entering the final year of his rookie contract, tackle is a question mark for the Patriots this offseason.

Kansas City Chiefs: CBs Charvarius Ward and Mike Hughes
New England badly needs to improve its cornerback depth this offseason, and the Chiefs have two who are headed for free agency. Ward has been a starter for the last three seasons. He was PFF’s 32nd-highest-graded corner this season and has missed just 12 tackles in his four-year career. Hughes, a 2018 first-round pick who was considered a potential Patriots target, has played well in a reserve role for Kansas City after injuries derailed his Minnesota Vikings tenure. He graded out as PFF’s 14th-best corner this season. Both are primarily outside corners, with Ward boasting the larger frame at 6-foot-1, 200 pounds to Hughes’ 5-10, 189.

Los Angeles Rams: CB Darious Williams
If the Patriots lose J.C. Jackson this offseason, they’d have a gaping hole to fill at outside cornerback (a spot they could stand to improve even if Jackson returns). Williams was PFF’s fourth-highest-graded corner in 2020, and though his play declined a bit this season (zero interceptions and nine pass breakups, down from four and 14 last season), he played 97% of defensive snaps in the 14 games in which he appeared. But he’s listed at just 5-9, 187 pounds, and that small stature could deter the Patriots. They typically like their perimeter corners to be taller.

San Francisco 49ers: DT D.J. Jones
Jones is shorter (6 feet, 305) than the Patriots typically like their D-linemen, but he had a career year this season, finishing with 56 tackles, 10 tackles for loss, two sacks and two forced fumbles while starting every game for San Francisco and grading out as PFF’s 21st-best interior defender. New England might not be looking to invest more at D-tackle with $10 million committed to Davon Godchaux in 2022 and Christian Barmore showing star potential, but Jones is an intriguing player.

Tampa Bay Buccaneers: WR Chris Godwin
ESPN’s Jeremy Fowler recently wrote that Godwin would be the “perfect” offseason addition for the Patriots, and he’s right. Godwin is the kind of next-level talent New England’s receiving corps lacked this season, and he has both the inside/outside versatility the Patriots value and experience with Patriot-type concepts from his two seasons with Tom Brady. But the sticking point here is price. As one of the top free agent wideouts available, Godwin very well could cost more than the Patriots can or are willing to spend. He also tore his ACL in December, so it’s unclear when he’ll be able to return to the field.

Tennessee Titans: LB Rashaan Evans
Evans hasn’t been particularly good over his four NFL seasons — PFF graded him 74th among 89 qualified linebackers in 2021 — and Tennessee declined his fifth-year option. But the Patriots, who could be looking to revamp their linebacker room this offseason, reportedly were interested in Evans before the 2018 draft and might have picked him at No. 23 overall if the Titans hadn’t traded up to take him one spot earlier. Perhaps they’d take a flier on the former Alabama star. 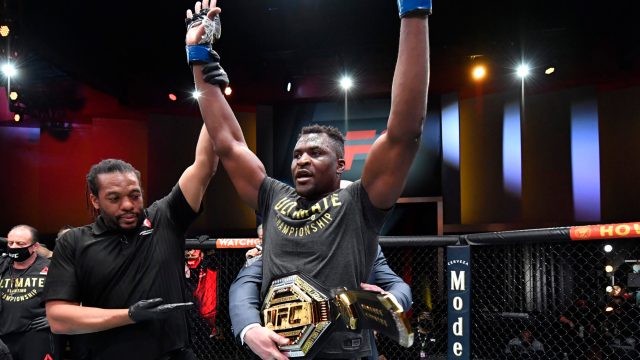 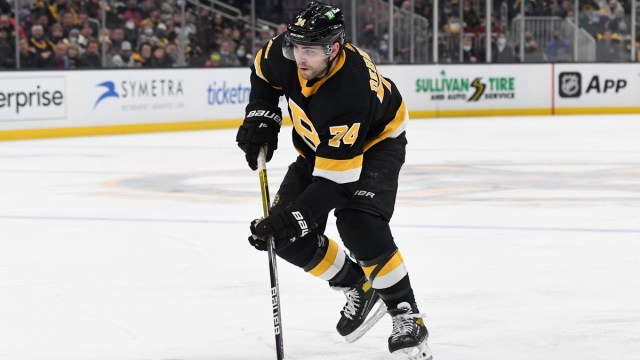