Jake DeBrusk played a big role for the Boston Bruins in their 4-3 win against the Washington Capitals on Thursday night.

The forward had a goal and assisted on Charlie McAvoy’s game-winning goal with 45 seconds left in the game after Brad Marchand exited early after being on the receiving end of a dirty Garnet Hathaway hit.

With Marchand sidelined for at least Saturday’s game against the Winnipeg Jets, DeBrusk will remain on the top line with Patrice Bergeron and Craig Smith.

Losing Marchand certainly isn’t ideal given the fact he’s been one of the most consistent players on the Bruins, leading them in goals, assists and points. But Boston stepped up big time in his absence, and Nick Foligno credited the team for its resiliency Thursday.

“When you lose a player like Brad Marchand, who’s probably the best winger in the game right now, left winger especially, what he brings to our team not only as a player but leadership wise, every guy wants to step up because of the way he steps up for us every night,” Foligno said over Zoom. “That’s what you saw (Thursday) night from the group. When you hear a guy like him go down injured, he’ll fight through everything to play, the guys know it’s on them. … Every guy is like, ‘I’m going to do a little bit more, I’m going to do a little more that needs to be done.’ “

Foligno went on to praise DeBrusk as the player to really step up for the Bruins when they needed someone to against a tough team like the Capitals.

“(Thursday) night it was Jake for us. He steps into that role and does a great job getting two big goals for us and setting up the game-winner,” Foligno said. “It’s nice to see. It’s what this team does well. It seems like we’ve always had that next man up mentality, and we’re going to need that to replace a guy like Brad for, I’m sure, what won’t be too long with the way his mindset is.”

DeBrusk, whose trade request became public earlier this season, still has been held to a high standard. Patrice Bergeron said he still wants DeBrusk to hold the team accountable and vice versa, and Foligno echoed those sentiments.

“Jake stepped up (Thursday) night, huge,” Foligno said. “And I think it speaks a lot to his mindset and wanting to contribute help. After everything that was said about him earlier, he’s shown that he’s committed here as long as he’s here. It’s great to see and I think it’s a great opportunity for him to play those minutes if that’s where he gets put and for all of us to follow suit.”

This is quite the opportunity for DeBrusk, and with no timeline on Marchand’s return yet, he now has a chance to play a major role for the Bruins.

Anton Blidh, Brad Marchand Out Of Bruins Vs. Jets Due To Injury 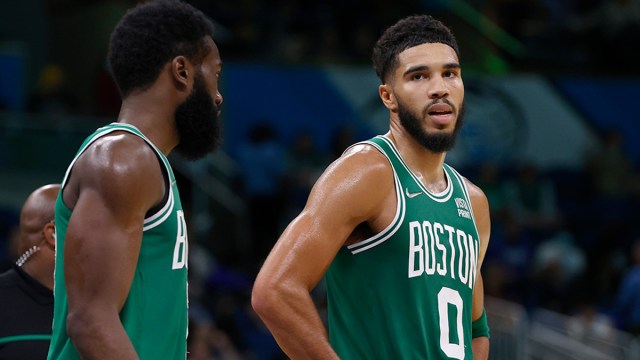 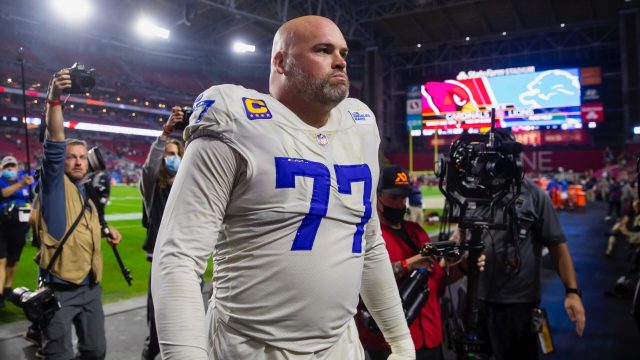 Rams' LT Andrew Whitworth OUT for Divisional Round