Jeremy Swayman continues to make a case to be the No. 1 goalie for the Boston Bruins, and he added to it Saturday night.

Bruins head coach Bruce Cassidy said the rookie probably is a little bit ahead of Linus Ullmark to be the top goalie, and he has continued to prove as much with each passing start. Swayman has been much more solid between the pipes since being called out by Cassidy after an ugly showing against the Pittsburgh Penguins earlier this month, and hasn’t slowed down since.

“He’s just getting better and better,” Cassidy told reporters after the game, per team-provided audio. “And again a few puck plays we’ve got to talk to more, thought we can sort of increase our efficiency on the breakouts. That’s been a challenging area for us … But in terms of stopping the puck, he looked square all night and some traffic around the front of the net where he’s recovering well now. A lot of good in his game.”

“It’s almost like the best (goalies) step up when your team has a lull. It’s like, ‘OK, this is my time now, they need me, I gotta be there.’ I think you see that with Sway.”

Maybe it’s all the juggling and laughing Swayman does for his pregame routine, but whatever it is seems to be working in his favor.

The Bruins continue their West Coast trip with games against the Los Angeles Kings and Anaheim Ducks on Monday and Tuesday, respectively. Cassidy isn’t sure who will start Monday, but knows the two goalies will split the two games. 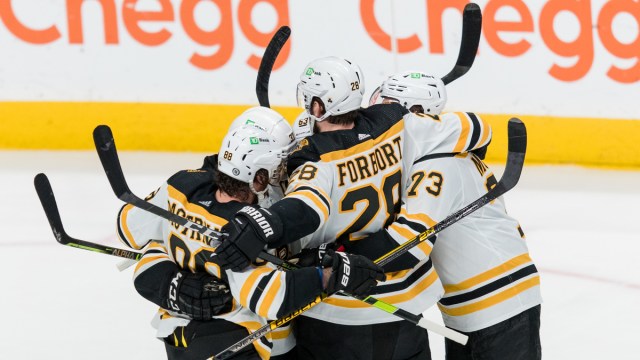 Win Vs. Sharks Put Bruins Ahead Of Capitals In NHL Wild Card Standings 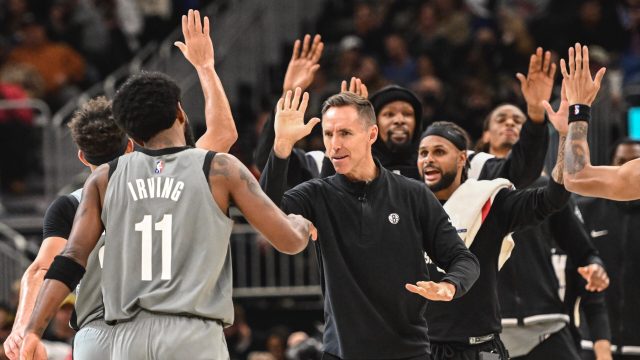