Jake DeBrusk got the opportunity to play on the first line for the Boston Bruins with Brad Marchand and Patrice Bergeron upon Marchand’s return from a six-game suspension.

And it seems to be working.

DeBrusk had spent time on the Bruins’ top line before but didn’t see a whole lot of success. Things are different this time around, though. Maybe that’s because he’s motivated to play alongside two elite NHLers or he’s trying to showcase his best stuff for potential trade suitors ahead of the March 21 deadline.

Regardless, DeBrusk is playing some of his best hockey.

The forward had a smooth feed to Marchand to put the Bruins up 1-0 on the San Jose Sharks on Saturday night. It gave DeBrusk five points in his last four games.

DeBrusk has looked more comfortable and while two of his goals during his recent hot stretch have come without Bergeron and Marchand on the ice, it probably is worth sticking with him on the top line while it’s working.

The Bruins just overtook the top spot in the NHL Wild Card standings with their win over the Sharks and a loss by the Washington Capitals. And with DeBrusk playing well, it’s not worth trying to break something up that is bringing the team and the individual player success. 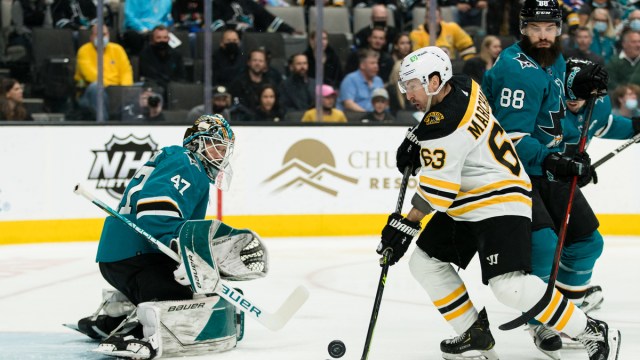 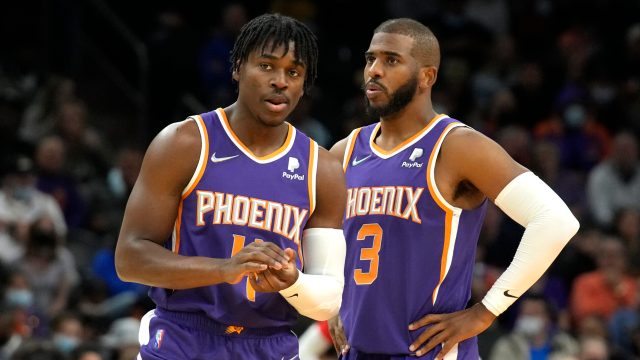