Maybe the most surprising piece of news to come out was the draft compensation the Packers accepted for arguably the best receiver in the NFL. The Raiders sent the No. 22 and No. 53 picks in the 2022 NFL Draft to the Packers.

The Patriots, for reference, have the No. 21 and No. 54 picks. Now, this is not to imply that the New England Patriots should have traded for Adams, as he immediately signed a five-year deal to become the highest-paid receiver in football.

However, it makes you wonder what kind of player the Patriots could acquire via trade. Free agency has been slow in New England, as head coach Bill Belichick has taken a much more deliberate approach than he did one year ago.

With the top receivers already signed, it may be time to find talent elsewhere. After seeing what Adams was acquired for, there is natural optimism that the Patriots could trade for a high-end receiver without giving up a fortune.

“The trade market is the best place for the Patriots to acquire the elite talent necessary to close the gap with their AFC rivals,” Volin tweeted. “They need to call Seattle and figure out a way to get Tyler Lockett or DK Metcalf.”

Let’s take a deeper dive into the two suggested receivers, both on the Seattle Seahawks, who have begun a rebuild whether they will admit it or not.

Tyler Lockett
Lockett, 29, is the longest-tenured Seahawk after the departure of Russell Wilson and Bobby Wagner. He’s not a prototypical outside threat at 5-foot-10, 182 pounds, but he can get open.

Last season, Lockett caught 73 passes for 1,175 yards and eight touchdowns. He’s exceeded the 1,000-yard mark three straight seasons and was 35 yards short from a fourth in 2018.

With a potential firesale on the way in Seattle, Lockett should not cost nearly as much as Adams in draft capital. Based on the deals made this offseason, it would likely cost a Day 2 pick this year and maybe a Day 3 pick down the road.

Shaq Mason, an elite guard, was just dealt for a fifth-round pick, so I may be overestimating his value.

Lockett’s issue is his contract. While his cap hit is a manageable $10 million in 2022, according to OverTheCap.com, his contract goes through 2025 with increasing cap hits each season. If the Patriots could make the money work, Lockett is worth inquiring about.

DK Metcalf
Metcalf is the more enticing pick, with the flashy name paired with an elite size and speed combination. However, at 24-years-old, the Seahawks would be far less likely to part from Metcalf.

Seattle is creating cap space by cutting veterans so it would be logical to think that re-signing Metcalf would be a priority. If the Seahawks are interested in dealing Metcalf, however, he would be the easier player to trade for. The Patriots could trade a pick for a player on the final year of his contract, then likely move on next winter. The cap hit would be minimal and not affect future seasons.

Given where the Patriots are with their roster construction, it would not be worth trading for Metcalf unless he is unbelievably cheap, like one Day 3 pick cheap. Otherwise, the Patriots would be better off drafting a receiver in the first or second round of a loaded draft class. 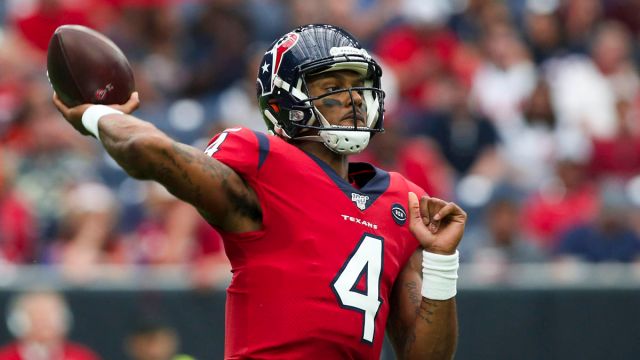 Deshaun Watson Rumors: Texans QB Has It Narrowed To These Two Teams 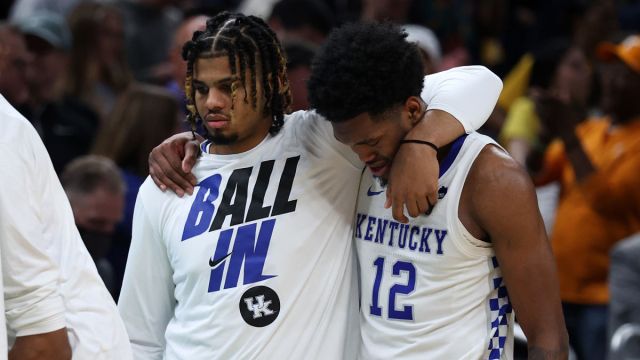