The Boston Red Sox returned to Fenway Park on Sunday and used another complete effort, scoring six runs in the eighth inning to earn an 8-1 victory against the Minnesota Twins.

The Red Sox, winners of four of their last five, improved to 5-4 on the campaign while the Twins fell to 4-5. It’s the first time Boston is over .500 this season.

ONE BIG TAKEAWAY
The Red Sox were held off the scoreboard for the first five innings, scoring two runs on four hits through seven frames, before showcasing just how deep their offense can be when it’s on and clicking. Boston batted around the order in the eighth inning and scored six runs on seven hits with everybody contributing.

Kiké Hernández started it with a lead-off single, Rafael Devers added a single of his own before Xander Bogaerts recorded an RBI on an infield single. That was just the start of it, though. Then it was a RBI double by designated hitter J.D. Martinez, a two-run single by No. 6 batter Trevor Story while a Bobby Dalbec single kept the train moving before Jackie Bradley Jr. had an RBI single and No. 9 batter Kevin Plawecki recorded a sacrifice fly for Boston’s eighth run of the game.

It was Boston’s single-best offensive inning of the season with the Red Sox previously scoring a season-high nine runs against the Detroit Tigers.

STARS OF THE GAME
— Michael Wacha gave the Red Sox a second straight dominant start. One day after Tanner Houck threw a scoreless 5 1/3 innings, Wacha handcuffed the Twins and allowed just one hit in five innings with five strikeouts.

— Bogaerts went 3-for-4 at the plate with his sixth-inning double off the Green Monster helping Boston score twice in the frame. Bogaerts (RBI, two runs) later helped the Red Sox extend their one-run lead with an infield single in the eighth.

— Devers continued to look like one of the hottest hitters in baseball as the third baseman reached based three times (2-for-4, two runs) while getting the sixth-inning rally started as he reached on an error. He also made a highlight-reel defensive play during the fifth inning.

— Jake Diekman entered in another high-leverage situation as he came on to face Minnesota’s top of the order — Luis Arraez, Carlos Correa, designated hitter Jorge Polanco — with Boston possessing a one-run lead in the top of the eighth. Diekman retired the side in order on 21 pitches (13 strikes) with a pair of strikeouts.

WAGER WATCH
Boston’s six-run eighth inning led to a push on the total, which was set at over/under nine runs on DraftKings Sportsbook. It likely served as a heartbreaker to those who had the Under (+100) as merely three runs were scored with the game just nine outs from conclusion.

Celtics Odds: How Public Is Betting Game 1 Of NBA Playoff Series Vs. Nets

ON DECK AT NESN
The Red Sox will take the diamond Monday for their traditional Patriots’ Day clash, doing so in a series finale against the Twins. First pitch on Marathon Monday is set for 11:10 a.m. ET and you can watch it on NESN with pregame coverage starting at 10 a.m. 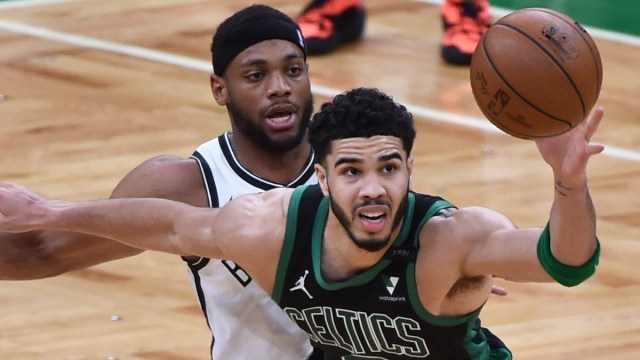 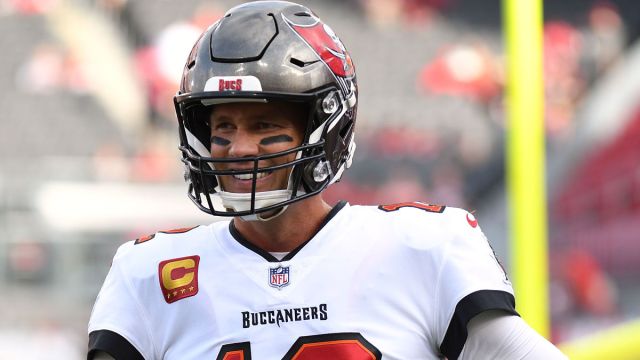