Nick Wright saw enough from the first two games of the 2022 NBA Finals. He now believes the Boston Celtics will defeat the Golden State Warriors.

Wright initially predicted the Warriors would win the best-of-seven series, but the FS1 pundit officially flipped his pick Tuesday, one day after teasing such a change.

“I am not one to change picks,” Wright said on FS1’s “First Things First.” “Which is why this is as shocking to me as it is to you guys — Celtics in six.

“Celtics are the better team. Celtics have been more impressive. Celtics are about to win Game 3 at home and Game 4 at home.”

The Celtics and Warriors split the first two games at Chase Center, with Boston pulling off an improbable comeback in Game 1 and Golden State winning in blowout fashion in Game 2. The series shifts to TD Garden for Games 3 and 4 on Wednesday and Friday, respectively.

The C’s actually have played better on the road this postseason, so one could argue home-court advantage isn’t that significant as Boston returns to its own barn. But they’ve also handled adversity extremely well throughout the playoffs, and they received another taste of it Sunday night when Golden State rode a third-quarter surge to a 107-88 victory.

“Here’s the thing: The moment this series got underway, I realized I had made a grievous error,” Wright said. “I had done something (Chris) Broussard often accuses me of doing: I had gone heart over head. As soon as this series got going, I was like, ‘Why did I pick the Warriors?’

“All of the things that I was concerned about them in the Mavericks series are going to apply on a more well-rounded, better defensive team against the Celtics. But I picked the Warriors really, truly out of a personal vendetta against Kevin Wildes and Celtics fans at large. I just find them so obnoxious and so irritating, and I don’t want them to have joy and happiness.”

The Celtics played flawless basketball in the fourth quarter of Game 1, a remarkable turnaround from their shaky start to the second half of that contest. They were unable to carry the momentum into Game 2, where turnovers proved fatal, but Wright has more questions about Golden State’s sustainability than Boston’s potential to secure its 18th championship banner.

“The Warriors have one path to winning the series: Steph Curry must be utterly transcendent for three more games. I don’t think he’s going to be,” Wright said. “I think the Celtics are better, I think they’ve shown they’re better, I think they’ve dominated this series outside of third quarters, and the Warriors are not going to get that energy boost in the third quarter once they’re in Boston. So I’ve got the Celtics in six.”

Wright recently came around on Jayson Tatum earning a “superstar” label, and now he’s picking the Celtics to hoist the Larry O’Brien trophy? Boston really is silencing its doubters this season. 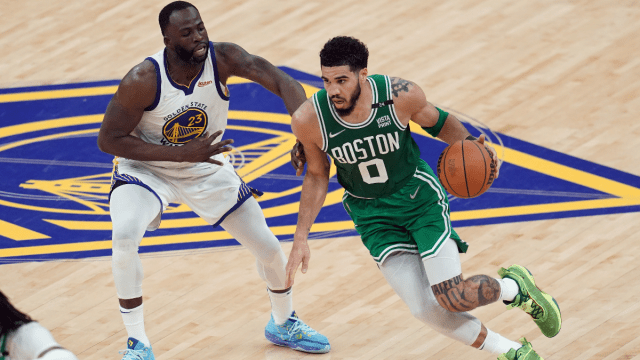 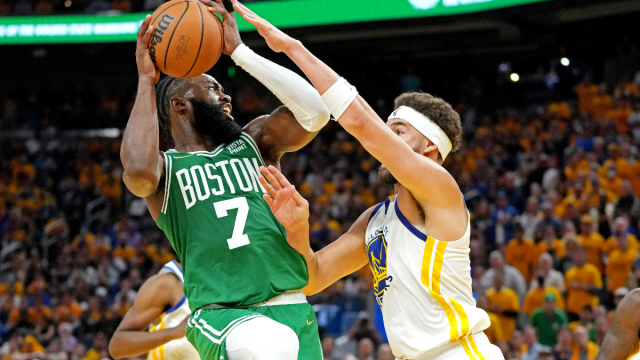