The term “bullpen game” is usually reserved for contests where you see the manager more than anyone else. The skipper will make the stroll from dugout to mound on a number of occasions, playing the matchup game, and picking their spots in hopes to steal a victory.

The Red Sox described their Monday win over the Tampa Bay Rays as a “bullpen game,” but Kutter Crawford had other ideas, holding the Rays to zero earned runs on just two hits over 5 1/3 innings pitched in a shutout victory where Boston only deployed three pitchers.

Manager Alex Cora was appreciative of Crawford’s ability to step up in a pinch, and guide the Red Sox to a victory.

“He made all his pitches. It was impressive,” Cora said, as seen on NESN’s postgame coverage. “Good breaking ball, good cutter, good changeup and the fastball played. He was under control up to the last hitter. It was good to see.”

Crawford himself was happy with the outing, after allowing four earned runs in his last appearance with Boston.

“It went pretty well. I had pretty good command of all five of my pitches,” Crawford said. “I just kind of kept going right at guys, whenever I fell behind in the count, to get right back in it with a cutter or curveball, you know, just went right at guys.

“Last couple outing I started to figure something out mechanically that’s helped with (command.) Commanding the baseball on all five pitches in the zone is one of my keys to success.”

— With a win Tuesday, the Red Sox would secure their first series victory of the year over an AL East opponent. They are currently 0-7 in such series.

— Trevor Story recorded his 53rd RBI with his fourth-inning home run on Monday, putting him on pace to become the first Red Sox second baseman with 100 RBIs since Bobby Doerr in 1950 per J.P. Long.

— John Schreiber hasn’t allowed an earned run in 38 days, 27 of his 28 appearances have been scoreless and his 0.66 ERA is the second best among qualified relievers in baseball. It look’s like he’ll be in Los Angeles for the MLB All-Star game later this month.

He spoke with NESN’s Jahmai Webster following the game:
“Just about focus right now, and dedication” Schreiber said. “I’m going about each day the same way and I think that’s the big thing right there is just staying focused.”

— In their last two games (19 total innings), the Red Sox offense totaled 10 infield hits and only 11 non-infield hits. If you combine a pair of pitcher errors, they reached base more on choppers into the dirt, than hard hit balls. Baseball is fun.

— The Red Sox and Rays will continue their series Tuesday at Fenway Park. First pitch is scheduled for 7:10 p.m. ET following an hour of pregame coverage, and you can watch it all on NESN. 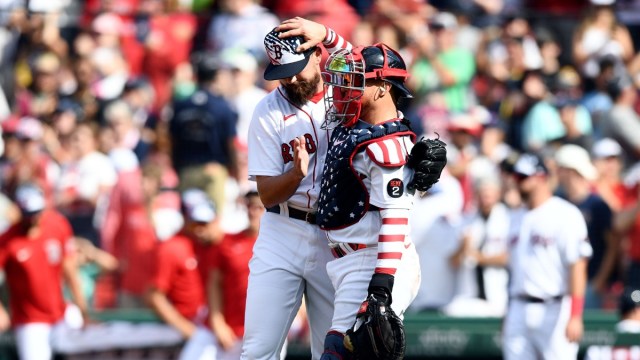 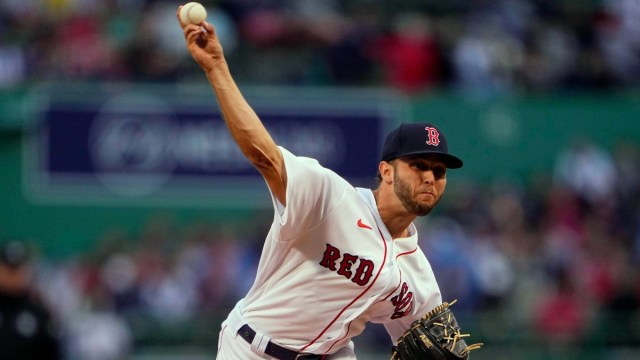